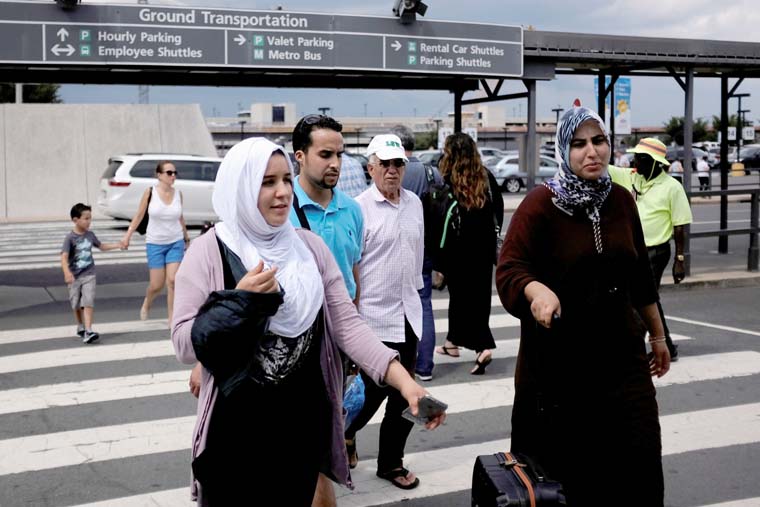 WASHINGTON (CNS) — The U.S. Supreme Court said grandparents can be included among those who have a “bona fide” relationship with refugees seeking to enter the United States from six majority-Muslim countries under the Trump administration’s temporary travel ban.

Although the high court is officially on summer recess, it handed down a decision July 19 in an appeal by the Trump administration of a Hawaii federal judge’s order that the government expand its list of family members of refugees and visitors to the United States to allow them entry.

The Supreme Court announced June 26 that it would temporarily allow the Trump administration’s plan to ban of refugees from six majority-Muslim countries, unless those refugees had “bona fide” relationships with parties in the United States, meaning certain family members, employees or universities.

The Supreme Court agreed that grandparents should be included, but it blocked another part of the judge’s order that said those who had already made resettlement arrangements with the U.S. refugee resettlement agency should be allowed to enter the country.

“We remain deeply troubled by the human consequences of the revised executive order on refugee admissions and the travel ban,” said Bishop Joe S. Vasquez of Austin, Texas, chairman of the U.S. bishops’ Committee on Migration, in a July 13 statement.

“Resettling only 50,000 refugees a year, down from 110,000, does not reflect the need, our compassion, and our capacity as a nation,” Bishop Vasquez added. “We have the ability to continue to assist the most vulnerable among us without sacrificing our values as Americans or the safety and security of our nation.”

The Supreme Court has scheduled Oct. 10 to hear oral arguments in the Trump travel ban case.