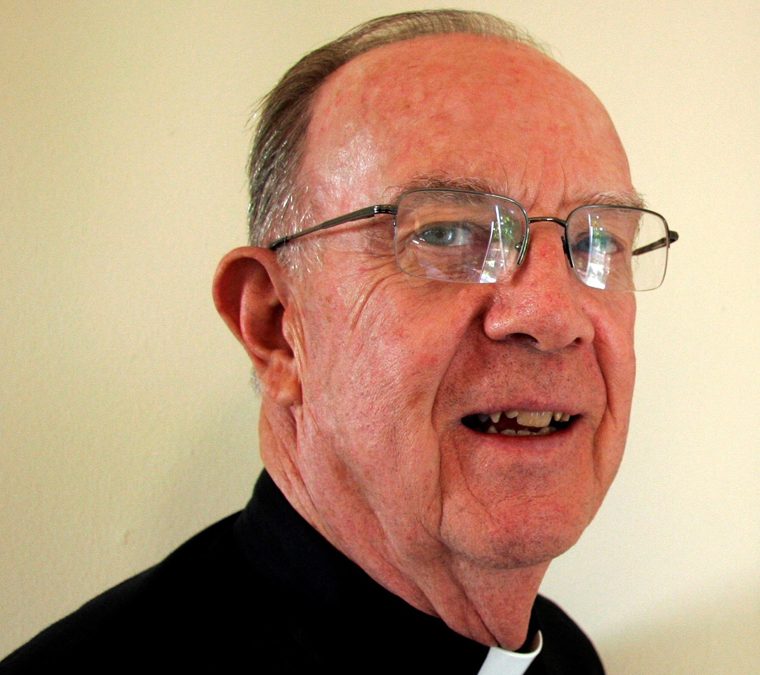 Father Edward F. Moore, M.M., died on March 17, 2022, in the Assisted Living Unit at Maryknoll, Westchester County. He was 90 years old and a Maryknoll priest for 63 years.

Edward Francis Moore was born Aug. 14, 1931, in Utica, son of Edward F. and Jane Gagan Moore. He had one brother and four sisters. After schooling in the Utica area, he entered Maryknoll on Nov. 15, 1949. He was a member of the first class at Maryknoll College, Glen Ellyn, Il., and received a B.A. degree in philosophy. After novitiate at Bedford, Mass., he studied theology at the Maryknoll Seminary in Maryknoll, where he received his master’s in religious education. He was ordained to the priesthood on June 14, 1958.

Following ordination, Father Moore was assigned to the Guatemala Region, working among the Maya Indian people. He served in a number of capacities at parishes and catechetical centers in Central America during his ministry. He also worked in vocation formation for the Maryknollers as director of their Spiritual Renewal program. He later was appointed an Assistant Regional Superior of the Central American Region on two occasions in the 1980s and ’90s. His service included stints in Costa Rica, California, Texas and Maryknoll, N.Y.

Father Moore stated, “I have many joyous memories of my missionary career. I am grateful to our Maryknoll Society for the many opportunities and challenges I have been given to serve the Lord in Mission.”

He always found time to celebrate family. He is survived by 32 nieces and nephews, as well as great and great-great nieces and nephews and his sister-in-law Mildred (Milly) Moore. While dedicating his life to God, he remained close to all his nieces, nephews and siblings. He never missed a birthday or holiday. He took them on day trips during home visits, the girls one day and the boys another. He taught his family about God’s love and the love of family.