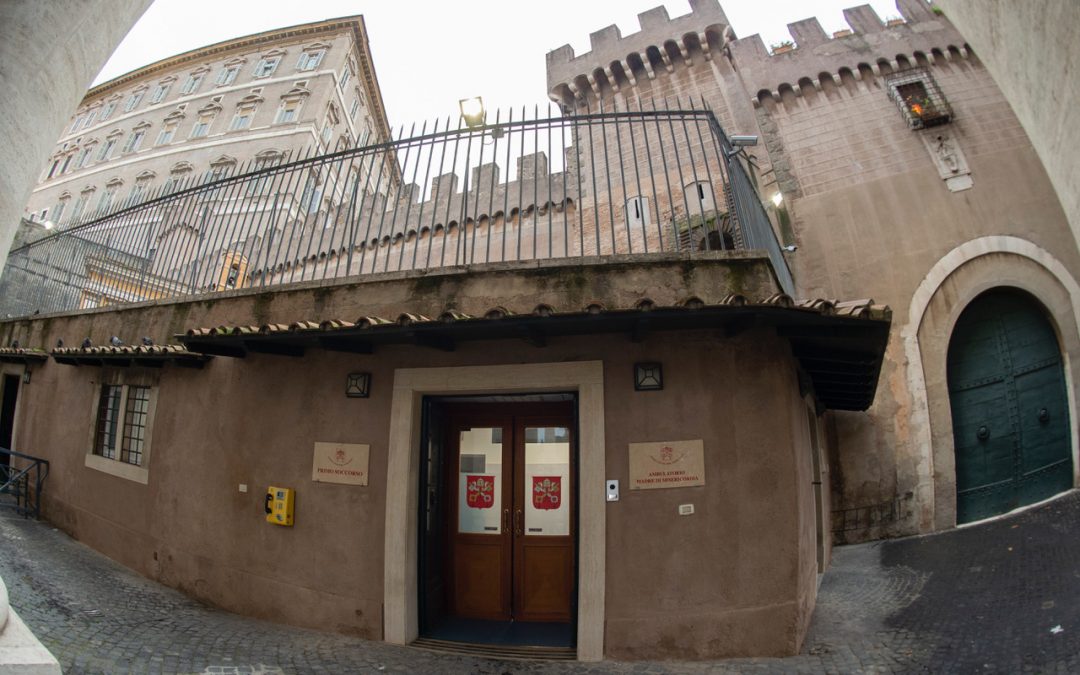 The exterior of the Vatican’s new Merciful Mother Clinic for the homeless and poor is seen just before Christmas when it opened. Located just outside the northern arm of the colonnade surrounding St. Peter’s Square, the clinic, operated by the papal almoner’s office, will be staffed by personnel from the Vatican medical service and by volunteers. (CNS photo | Vatican Media)

VATICAN CITY (CNS) — Just before Christmas the Vatican announced it had opened a new medical clinic for the homeless and the poor, expanding services previously offered in a small space just outside St. Peter’s Square.

The Merciful Mother Clinic, which has three fully equipped examining rooms, an office and a waiting room, occupies space previously used as a secondary Vatican post office just beyond the northern arm of the colonnade surrounding St. Peter’s Square.

The new clinic is next to the bathrooms and showers opened for the homeless in 2015; a year later, with the help of volunteers, services were expanded to include barbers and doctors once a week.

The clinic will be open Monday, Thursday and Saturday, said the announcement Dec. 22 from the office of Cardinal Konrad Krajewski, the papal almoner. Monday mornings, the statement said, podiatrists will be on duty to provide medical attention to patients with foot problems, something very common among the homeless.

On Wednesdays when Pope Francis holds his weekly general audience in St. Peter’s Square and whenever there are large events in the square, the clinic will serve as a first-aid station, the announcement said.

The clinic will be staffed by personnel from the Vatican medical service and volunteer doctors from the University of Rome Tor Vergata and Italian medical associations. Medical students and residents from the Tor Vergata medical school will do internships at the clinic.