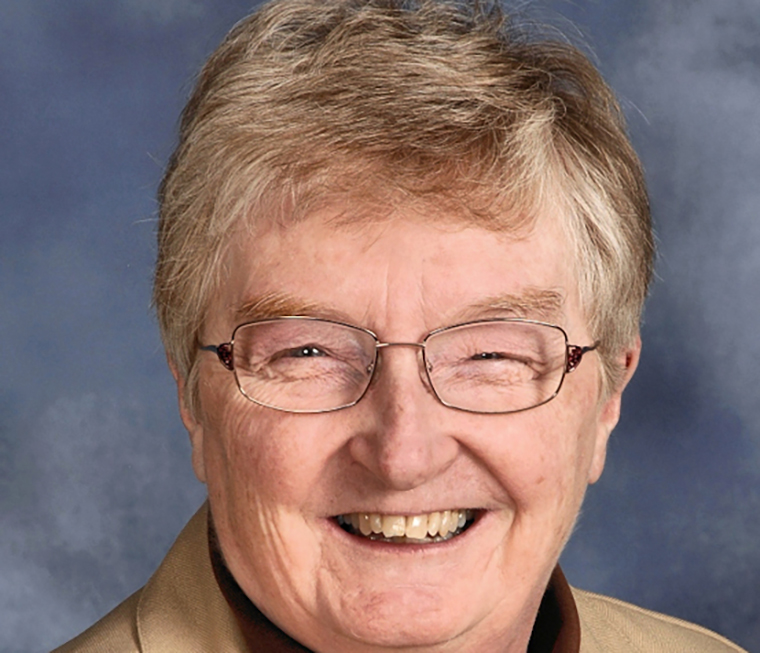 “The significance of a vocation to religious life today – as it is for the vocation to marriage, the single life, or the ordained ministry – is that it is one way of being a disciple of Jesus Christ, of living in faithfulness to him and to his teachings.”

Sister Katie Eiffe, the diocesan Vicar for Religious and Director of Synodal Planning, sees the big picture of the call that each person has during the observance of National Vocation Awareness Week. One of her responsibilities in the Diocese of Syracuse, though, is to focus on and serve the men and women who have entered religious life. She is also one to walk with those contemplating the vocation.

“Years ago, I heard a definition of ‘call’ which I love and have shared many times:  ‘Call’ is an invitation from God to leave what is familiar and to embark on a journey which God reveals only gradually,” she explains. “Women and men religious who have been called to this vocation are called to live simply, to love all without distinction, and to be attentive to God’s presence and action in our world today.”

While overall numbers have declined, Sister says, “that people of all ages are responding…still seeking the Lord and the service of God’s people, most often in community.” She says the women and men who seek religious life today are generally older and have some life experience which “enables them to understand the joys, the sorrows, the hopes and the dreams of the people of God….and to make a mature decision to follow Jesus in this way of life.”

Religious play various roles in the Church today according to Sister. There remain contemplative communities whose primary ministry is prayer for the world. There are also many “active communities” who minister to the people of God in many ways. Traditional roles to this day for religious include working as teachers and nurses. Others may also serve in ministries such as social work, counseling, and hospital administration. In church settings they work as parish life directors, in diocesan ministries, parish ministries, jail ministry, and direct service to those who live in poverty. She adds that under Pope Francis, ministries to the universal Church in the Vatican offices are much more open to women as well as men.

For anyone contemplating a religious vocation, Sister suggests having a spiritual director to aid one in their discernment and to explore different communities to see which best suits one’s desire to serve. Most communities today have an online presence, where one can find the names of Vocation Directors. The Diocesan Vocation Office is also available to help by providing information about communities.

Of course, Sister advises one to “pray to the Holy Spirit for guidance.”