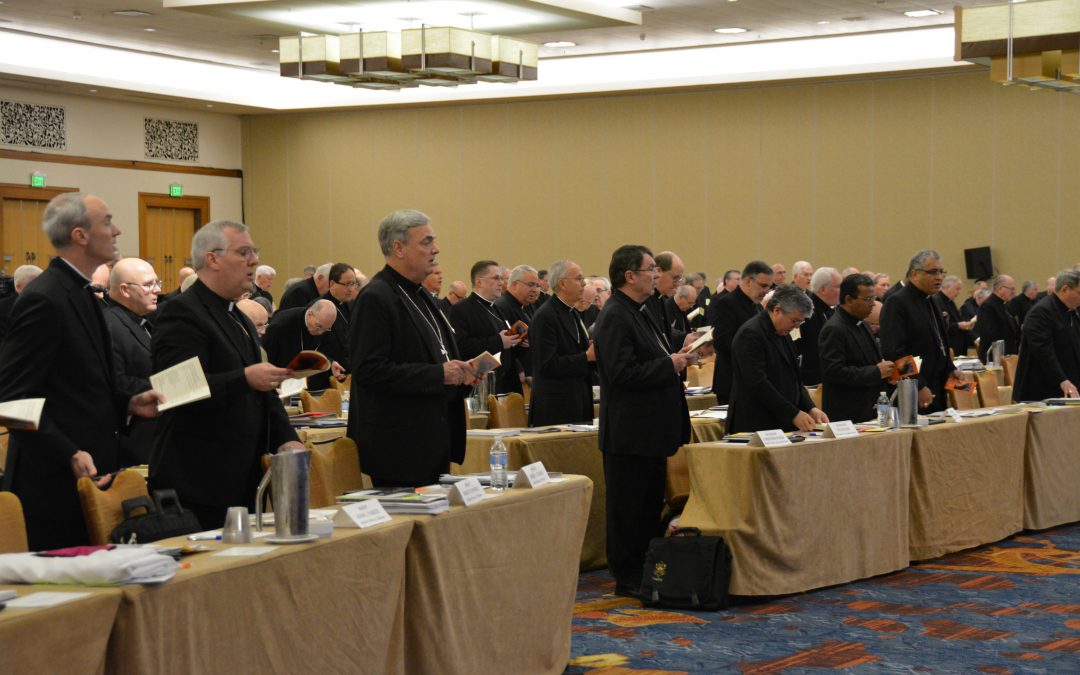 U.S. bishops will gather at Ss. Peter and Paul Cathedral in Indianapolis at 5 p.m. today for a Mass of Prayer and Penance for survivors of sexual abuse within the Church.

The bishops will gather together in solidarity to pray for victims and to acknowledge the pain caused by the failures of the Church in the past. The Mass will mark the opening for the June Plenary Assembly of bishops taking place June 14-15 in Indianapolis. Cardinal Daniel N. DiNardo of Galveston-Houston and President of the U.S. Conference of Catholic Bishops will be the principal celebrant. Archbishop Wilton D.  Gregory, of Atlanta, and former President of the USCCB, will be the homilist.

In an act of penance and humility, the bishops will also kneel and recite a commemorative prayer that has been written for survivors of abuse in their healing. Intercessory Prayers of the Faithful will also be offered for those who have suffered due to clergy sex abuse. All dioceses and eparchies have been provided the suggested intercessory Prayers of the Faithful for use at any time of their choosing after June 14.

In addition to this specific Day of Prayer and Penance, many dioceses and eparchies will also schedule their own Masses or other events to promote healing within their diocese/eparchy throughout the year.”