We are all lost children, but God wants to welcome us home 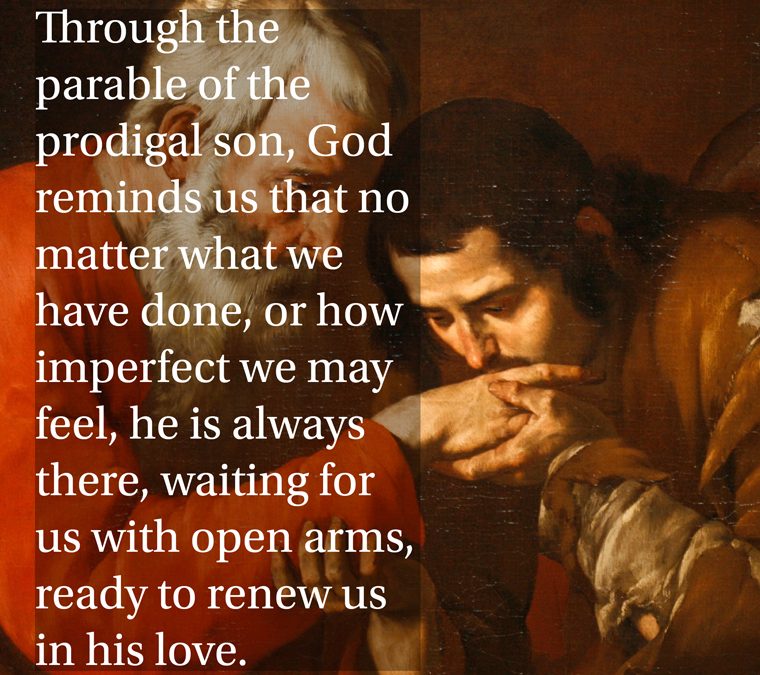 As a child I was an overachiever with a strong competitive streak. I couldn’t stand to lose at anything, not even Candy Land! By the time I entered religious life I had learned to curb the drive to be first in everything, at least outwardly, but I was still a diehard perfectionist — until trying to reach perfection through my own efforts led me to the brink of despair.

I was feeling like a complete failure, but my thinking was turned upside down by Pope Francis when I happened to read that his words to cardinals after his election to the papacy were, “I am a sinner, but I trust in the infinite mercy and patience of our Lord Jesus Christ.”

A few months after his election he responded to a journalist who asked him, “Who is Jorge Bergoglio?” by confiding, “I am a sinner whom the Lord has looked upon.”

“I am a sinner.” If the shepherd of the universal church could speak these words for all the world to hear, then shouldn’t I be able to admit my creatureliness as well? How liberating his words were! How life-changing! They were for me a source of indescribable joy.

I also found the following passage from Pope Francis’ first apostolic exhortation, “Evangelii Gaudium,” (“The Joy of the Gospel”) transformative:

“Whenever we take a step toward Jesus, we come to realize that he is already there, waiting for us with open arms. Now is the time to say to Jesus: ‘Lord, I have let myself be deceived; in a thousand ways I have shunned your love, yet here I am once more, to renew my covenant with you. I need you. Save me once again, Lord, take me once more into your redeeming embrace.’

“How good it feels to come back to him whenever we are lost! … God never tires of forgiving us; we are the ones who tire of seeking his mercy.”

Our Holy Father’s words spontaneously came to mind as I contemplated the Scripture readings for this Fourth Sunday of Lent. It’s Laetare Sunday, a day of rejoicing!

Today God invites us to don our finest robes, to slaughter the fattened calf and prepare a lavish feast. But why are we rejoicing? Today God assures us that he has removed our shame (Jos 5:9), and that whoever is in Christ is a new creation (2 Cor 5:17), for our sins have been cast into the depths of the sea (Mi 7:19).

Today, through the parable of the prodigal son, God reminds us that no matter what we have done or how imperfect we may feel, he is always there, waiting for us with open arms, ready to renew us in his love.

What is required of us is that we believe in this love, trust in his promises and take the first step toward a new life — toward Jesus who loves each of us as if we were the only one. Each of us can truly say, Christ “has loved me and given himself up for me” (Gal 2:20).

We usually think of the younger son in the parable as the one who went astray, but both brothers have distanced themselves from their father’s love. Although he remained in his father’s house physically, the older boy also wandered far from home by isolating himself behind a wall of resentment and anger.

We don’t know why the younger son left home in the first place — maybe he was bullied by his older brother or felt crushed by his harsh judgments. Perhaps he knew that no matter how hard he tried, he would never live up to his father’s expectations.

In any case, having hit rock bottom, the younger son humbles himself before his father and begs for mercy.

Is his conversion real or is he simply hoping to enjoy the comforts of home once again? Is he bedazzled by the fancy robes in which he is clothed or does he look beyond them to realize the depths of love they convey? We don’t actually know, nor do we know whether his return home is permanent.

We are also left wondering if the older son will be able to let go of his stubborn resentment and joyless sense of duty in order to accept all that the father has reserved for him.

Will he allow his hardened heart to be softened by his father’s assurances of love? Will he finally leave his judgments and his sterile perfectionism behind so that he can enter into the joy of his brother’s homecoming?

Jesus allows each of us to finish the parable of the prodigal son.

Whether we identify more with the younger son or the older boy, through the sacraments of the church — especially the sacrament of reconciliation — each of us has the opportunity to come home and to write the end of our own story based on the undying, unconditional love of our heavenly Father.

On this Fourth Sunday of Lent, how will your story end?

Sister Constance Veit has been a Little Sister of the Poor for 32 years. She has served in various capacities in the direct care of the elderly, and now serves as communications director for the Little Sisters’ U.S. communities.