Where to find God: Advent conversion in 2020 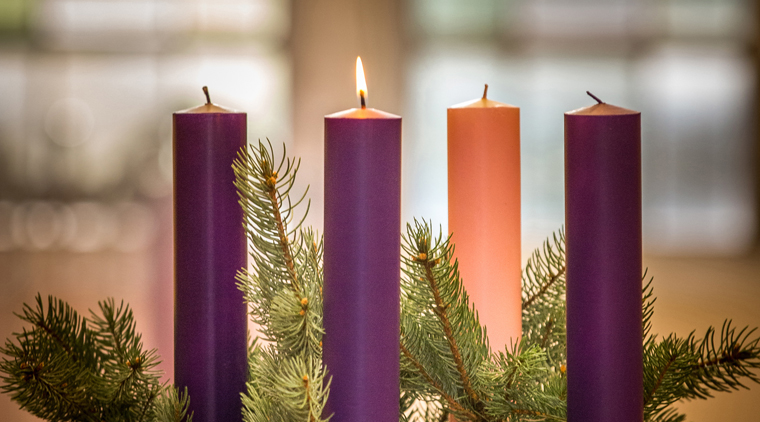 Long months of the vicious COVID-19 pandemic preceded the arrival of this year’s Advent season leading to Christmas. Neither Advent nor Christmas in 2020 will escape the pandemic’s shadow.

But Advent is a season for conversion, a hopeful, forward-looking period that keeps spiritual growth high in mind. The season asks where God is found.

Was God present despite the pandemic’s ravages? It entailed real pain and proved stunningly disruptive. Yet many attest that God-like developments occurred in all kinds of homes and communities during this time.

Conversion during Advent is, in particular, “a question of converting our idea of God,” Pope Francis says. It is a time “to welcome not a fairy-tale character, but the God who challenges us, involves us and before whom a choice is imposed,” he remarked Dec. 15, 2019.

How might a person’s idea of God need to grow? A speech Pope Francis gave in December 2018 described several ways the idea of God goes awry.

“The Bible and the church’s history show clearly” how believers “can frequently come to think and act as if they were the owners of salvation and not its recipients,” Pope Francis explained. He cautioned:

“Being Christian … does not mean acting like an elite group who think they have God in their pocket but as people who know that they are loved by the Lord” despite their imperfections.

Clearly, disturbing events in our surrounding world can shake us and leave us asking once again who God is for us or, more simply, how life suddenly could become painfully frustrating and confusing. Has the 2020 pandemic often been such an event?

Early in Christian history a different kind of event, but also one stemming from the early Christians’ immediate world, shook believers and left them wondering if they had misunderstood a promise of God. We hear about this on Advent’s second Sunday in 2020.

A reading that Sunday from the Second Letter of Peter (3:8-14) describes a big issue that arose at that time and ultimately prompted many to refocus their understanding of God. The issue involved Christ’s second coming in glory at the end of time, which is a key Advent theme today.

Unsurprisingly, there were scoffers who began to suggest not only that God had delayed the second coming, but that there might be no second coming at all. Some insinuated that God no longer was intimately involved with this world’s life, according to a note in the New American Bible.

But God’s promise remained, the Second Letter of Peter affirmed. It advised the Christian community that “with the Lord one day is like a thousand years and a thousand years like one day.” Moreover, “the Lord does not delay his promise, as some regard ‘delay,’ but he is patient with you” (3:8-9).

It was a disturbing moment in time among early Christians. It seems, though, that conversion and renewed faith followed in its wake, as the author of Second Peter urged Christians to turn to asking “what sort of persons” they ought to be and to focus their energies on conducting themselves “in holiness and devotion” (3:11).

To hear God’s voice, Christians pray, reflect, participate in worship or consult Scripture and the faith community, for example. But cannot an incarnate Lord also speak within the world and through its ongoing events?

Did this occur for the ancient Christian community or with today’s 2020 pandemic? Is God found and heard in the context of disturbing current events?

The pandemic threatened and changed human lives. It did this in ways that felt painful. Nonetheless, doors somehow were left open for good outcomes.

Suffering was no stranger to the pandemic. But the online, virtual methods that emerged for fulfilling the demands of jobs, schoolwork, or essential shopping frequently yielded surprising human rewards.

Then there was the simple fact that so many now spent much more time at home in the company of family members or friends. How many of them found during this time that they were developing a renewed appreciation of each other and of their relationships?

The pandemic “has enabled us, perhaps for the first time in our lives, to recognize the deeply interconnected relationship of all living things and the urgent need for us to repent and change our lives,” Franciscan Father Michael Perry, a U.S. priest who is minister general of the Order of Friars Minor, observed in an Aug. 1 homily in Assisi, Italy.

“The call to repentance, conversion, to open our minds, hearts and lives to a new way of living together on this planet is more urgent now than at any other moment in human history,” he said.

Christians are called, Father Perry stressed, “to seek the way back toward God, toward one another, toward ourselves and toward creation.”