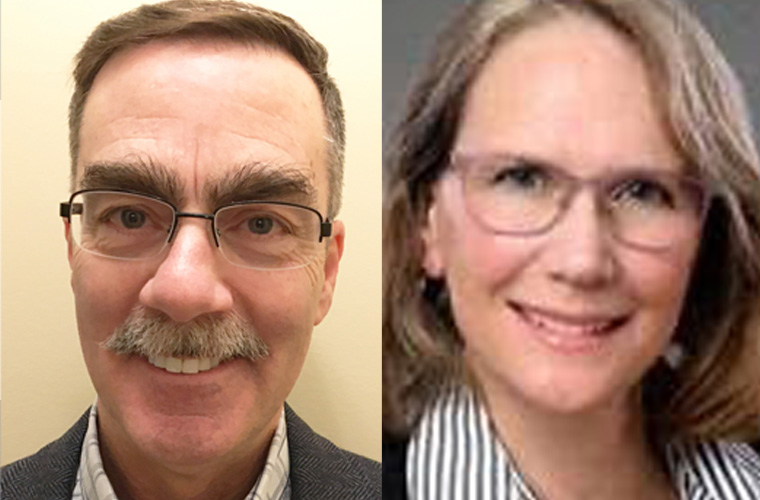 As a general surgeon, Dr. Anthony S. Oliva deals with a lot of acute illnesses such as appendicitis, gall bladder inflammation, hernias, and perforated ulcers.

Fortunately, he said, the chapel at St. Joseph’s Health, a Syracuse hospital, is one floor up from the operating room. Frequently before a difficult case he will go up there, bless himself, and say a prayer that he does a good job. When he goes down to the OR, he will see a crucifix there too.

Dr. Oliva, of Manlius, is a member of the St. Marianne Cope Guild of the national Catholic Medical Association. Guild members will be attending the White Mass for health-care workers, with Bishop Douglas J. Lucia officiating, at 9:45 a.m. March 22 at the Cathedral of the Immaculate Conception in Syracuse.

Noting that the Mass is the “highest form of praise and worship we can give our Lord,” Dr. Oliva called the White Mass a “chance for us to unite as physicians and offer our prayers.” He encourages any physician to attend the White Mass and the reception that will follow.

Lisa Hall, director of the diocesan Office of Family/Respect Life Ministry, said of the White Mass: “I think it is a great thing to offer support to our Catholic physicians; and our doctors many times are on the front lines regarding life issues and they need the support and nourishment of the Eucharist and of our Catholic communities.”

“It is important to always give our patients holistic care of body, mind, and spirit. We are healers working with the Divine Physician Jesus Christ. The White Mass, as every Holy Mass, is the heart of the Mystical Body of Christ and supplies the many needed graces to medical professionals so that they can continue to be the Simons and Veronicas of the patient’s Way of the Cross.”

The St. Marianne Cope Guild, which started in 2010, has about a dozen members including doctors, nurses, and nurse-practitioners whose viewpoint is consistent with the Magisterium of the Church in all its teachings. The late Bishop James M. Moynihan was the guild’s first chaplain. With “Christ as the focus of our vocation,” Dr. Oliva said, the guild supports the members in practicing their faith in their daily work.

Dr. Oliva said his opinions are his own and he was not speaking for St. Joseph’s Physicians Surgical Services, St. Joseph’s Health, or Trinity Health. Physicians who follow Church teaching to the letter, he said, do not participate in abortion or refer anyone for abortion, prescribe contraception, or participate in euthanasia or hastening the death of a patient.

“We’re following Church teaching, not creating it,” he said, adding that that is becoming increasingly more difficult in a secular world.

Dr. Oliva said he looks at a patient as if he is “treating Jesus himself. … I hope when they look at me they can see Jesus.” It’s just giving witness to his faith, he said, and treating people with dignity because they are made in the image and likeness of God.

Dr. Oliva may look at the crucifix in the operation room and very quietly say, “I could use a little help right now.” Or, if a patient is having a tough time, he will call upon the intercession of the saints.

The ultimate physician was Jesus, Dr. Oliva said, so it comes down to trying to practice medicine as he did. All talents come from God, he said; “It’s how we choose to use them.”

As the St. Marianne Cope Guild continues to work with Bishop Lucia, who was ordained bishop last August, the guild’s members will see how they can help him, depending on his priorities, said Dr. John G. O’Brien, of Liverpool, a family practitioner who is the New York State director of the Catholic Medical Association. His education includes a National Catholic Bioethics Center course that has allowed him to be more active in bioethics.

“The White Mass is nice because the bishop sees our support and we see his support,” Dr. O’Brien said. After the Mass, he said, people can get information, for example, about end-of-life issues. He wants people to know there are health-care providers who want to try to do the right thing.

“Everything I do in my practice,” he said, “my Catholic faith is the basis for that.” For one thing, he does not prescribe birth control — “my Catholic faith doesn’t allow me to do that. … Also, I don’t think it’s in your best interest.” He cited young women that have clots caused by birth-control pills, and more studies coming out on the detrimental effects of that.

Or he might be asked: “Are there ways to end my life sooner?” Oftentimes depression or a family situation is at the root of that question, he said, and “if you can help them get through that they change their mind.”

Models for the laity

Dr. James L. Mostrom, of Fayetteville, an anesthesiologist, said the White Mass helps to orient the St. Marianne Cope Guild’s members in their Catholic faith, brings them together as a group, and also shows the general Catholic laity they are Catholic physicians who practice in a faith-filled manner.

Part of the guild’s mission, he said, is to assist the bishop in medical-related issues. Guild members, he said, support one another in a “sometimes less than easy medical environment.”

Challenges to medical practices, Dr. Mostrom said, include the threats of physician-assisted suicide and abortion.

The biggest thing now, he said, is to “try to convince people that physician-assisted suicide is really not a good thing and detrimental to people and society as a whole.”

Unfortunately, he said, the political outlook at this time in this state is “not necessarily in our favor,” so he hopes to get public involvement to prevent the imposition of physician-assisted suicide.

“The Alliance has been around since 2016 and has so far been very effective in preventing this legislation from passing,” Gallagher said in an email. “We have reason to be very hopeful it will not be enacted this year.”

“We are seeing increasing threats to the conscience rights of medical professionals in legislative proposals here in Albany. The doctor-assisted suicide bill says that doctors do not have to take part in ‘the provision’ of life-ending drugs, but it says nothing about counseling for and referring for assisted suicide. Presumably, doctors could be compelled to take part in those activities.

“Indeed, we already have a law called the ‘Palliative Care Information Act’ which requires doctors to discuss all ‘end-of-life options’ with terminal patients. If assisted suicide is legalized, it will just become another option, and doctors will be compelled to discuss it.

“There is also legislation to require pharmacists to either dispense drugs or to ensure that other pharmacists dispense drugs about which they may have moral concerns. As the legislature in NY legalizes more and more medical practices (late-term abortion, in vitro fertilization, surrogate motherhood, etc.), it becomes increasingly difficult for physicians of faith to remain in the medical field without compromising their deeply held convictions.

“The abortion expansion law passed last year declared abortion a ‘fundamental right,’ and says the state may not ‘discriminate’ against that right in the services or benefits it provides. We don’t really know the full effects of that language yet. Will the state be able to give state funds to hospitals/health centers that don’t provide abortions? Will the state be able to license physicians who are pro-life? Or would that be state ‘discrimination’ against the fundamental right to abortion?

“There are many unknowns, but the direction our state is heading in is not good.”

“We do not believe that physicians can logically, medically, or ethically treat one patient while assisting another to commit suicide.

“We are not isolated, self-sufficient individuals. Every human being is part of a huge network of relationships with others. How physicians respond to the patient’s request for life-ending drugs can have a profound effect on the patient’s choices as well as on their view of themselves and their inherent worth. …

“Physician-assisted suicide does not end the hurt, it just transfers it to another person. I refuse to abandon my patients at a time when they need me the most.”

Dr. Edmiston, a Palliative Medicine physician from Syracuse, said this in her Albany speech:

“Anyone, at any time, might find themselves facing a devastating, incurable, and painful medical diagnosis that results in immense suffering.

“What can I, as a Palliative Care physician, offer to my own patients who are experiencing such suffering? Hospice and Palliative Care, as a medical specialty, exists to help patients with life-limiting illness experience the best quality of life possible as they face the reality of their own impending death.

“Physicians in the practice of Hospice and Palliative Care Medicine are dedicated to using all options at their disposal to ensure that their patients have every medical, social, as well as spiritual, resource available to them.

“But it is not just the duty of those physicians in the practice of Hospice and Palliative Care, but every physician’s duty to his or her patients, to relieve suffering. This is especially true when all curative treatments have been attempted and all available curative treatment options have been exhausted.

“No patient should have to spend their final days in pain and torment, and with the medical resources now available to us, no one has to. This includes using pain medications, medications to control other symptoms of serious disease, and ultimately, the choice of palliative sedation for when symptoms become unmanageable and unbearable.

“There are alternatives to unrelenting suffering, alternatives involving a variety of treatments to ensure that our patients do not have only two limited choices: on the one hand, dying in agony, or alternatively, a physician-assisted suicide, meaning a death by their own, and their physician’s, hands.

“We ask our elected representatives to promote these alternatives to physician-assisted suicide. With the medical community increasingly invested in hospice and palliative care training for medical students and primary care residents, we hope to increase New York’s hospice utilization rate, and provide more aid-in-living rather than aid-in-dying.”