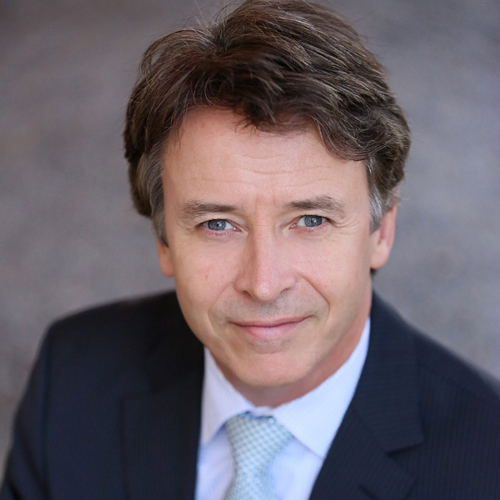 EMMITSBURG, Md. (CNS) — Simon Newman, president of Mount St. Mary’s University in Emmitsburg, resigned from his post Feb. 29 and the university’s board of trustees named the dean of the business school to be acting president.

Newman faced mounting criticism over language he used to describe struggling freshmen and for the way he handled the fallout.

The changes were announced by the university in a news release.

John Coyne, chairman of the board of trustees, said in the release that the board was grateful to Newman “for his many accomplishments over the past year, including strengthening the university’s finances, developing a comprehensive strategic plan for our future, and bringing many new ideas to campus that have benefited the entire Mount community.”

Karl Einolf, dean of the Richard J.Bolte, Sr., School of Business since 2012, will be acting president. Prior to being named dean, Einolf was on the faculty as a professor of finance.

Newman, a former financial executive, said he was “proud of what I have been able to achieve in a relatively short time particularly in helping the university chart a clear course toward a bright future.”

“I care deeply about the school and the recent publicity relating to my leadership has become too great of a distraction to our mission of educating students,” he said in a statement. “It was a difficult decision, but I believe it is the right course of action for the Mount at this time.”

Baltimore Archbishop William E. Lori, who is a member of the board of trustees for the university, said the trustees worked hard to understand the situation. “I think their deliberations were good and I think the outcome was the proper one,” the archbishop said. He made the comments to the Catholic Review, the archdiocesan newspaper, while he was in Rome for a pilgrimage of faith leaders from Baltimore.

“Certainly Mr. Newman had some very creative ideas about ways the Mount could flourish in the future and certainly he accomplished a number of important things. But I think that it’s important now for the Mount to stabilize and to turn the page and move ahead,” Archbishop Lori said.

In mid-February the board of trustees issued an apology to the university community after a controversy erupted over a discussion about student retention that Newman had with some faculty members. In the aftermath, two faculty members were dismissed but quickly reinstated.

The board also said it was “very concerned about what is taking place” and noted that board members would be on campus in the following two weeks “take the time to listen, and to hear from all of the constituencies involved.”

Archbishop Lori said it is always important to listen to people who are on the ground, adding that discussions with faculty, staff and students provided the trustees with a more complete picture of the situation. “That’s always helpful when you have to face a difficult situation,” he said.

At the beginning of 2016, the controversy at Mount St. Mary’s made national headlines, but it began last fall. After Newman was installed during the summer, he made steps to address areas of concern at the university, which is in the Baltimore Archdiocese. It is about 60 miles northwest of Baltimore, near the Maryland-Pennsylvania border.

It has 1,810 undergraduates and 495 graduate students, according to the archdiocese’s 2016 Catholic directory.

In October, the university announced changes to employee health benefits and cuts in retirement benefits. Newman also worked with faculty and staff members to identify 20 to 25 freshman students who were not likely to succeed at the school, so that they could be dismissed before they paid a lot of tuition or incurred significant student debt.

Critics charged that the move also would improve the school’s posted retention rate, if the students were dismissed before an important deadline for reporting enrollment statistics. Newman fired two faculty members, since reinstated, who had opposed his plan.

Last fall, when Newman announced his plans, The Mountain Echo student newspaper reported that Greg Murry, director of the university’s Veritas Symposium, was part of a small group of faculty discussing the changes with Newman. According to Murry, Newman was reported as having said during the course of the conversation: “This is hard for you because you think of the students as cuddly bunnies, but you can’t. You just have to drown the bunnies … put a Glock to their heads.”

The faculty voted to ask Newman to step down and send him a letter to that effect; hundreds of university professors across the country signed a petition calling for the two faculty members who were fired to be reinstated. The petition said firing faculty because they disagreed with the president threatened academic freedom.

On Feb.12, Newman announced at a faculty meeting that the two faculty members were reinstated immediately.

Newman later apologized and said his retention proposal had been meant to help students at risk of academic failure and burdensome debt.

Contributing to this story was the Catholic Review, newspaper of the Archdiocese of Baltimore.