Each year the Diocese of Syracuse honors religious women and men who are celebrating milestone anniversaries. Here, the Sun profiles this year’s jubilarians and their years of dedicated service. 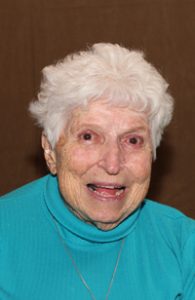 Sister Adele Bullock, OSF, is a native of Syracuse and her home parish was Blessed Sacrament.

Sister Adele studied at Le Moyne College and the Catholic University of America.

Sister Adele was a teacher and spent many years in schools in the Syracuse and Albany Dioceses. Although she thoroughly enjoyed this, Sister Adele loved being in Florida, where she continued her teaching ministry. Many of her fond memories are from there.

Sister Adele now resides at the Franciscan Villa, where she is a Prayer Minister. 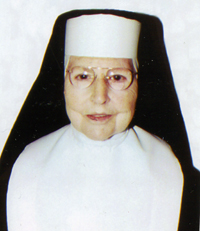 Sister Mary Kevin DeTore, OSF, was born in Utica and was a parishioner of St. Anthony Parish.

Sister taught in schools in the Syracuse and Albany Dioceses, and for many years taught in New Jersey schools. Sister Mary Kevin then began her work in the health care system. This ministry took her to St. Elizabeth Hospital in Utica.

Sister has a beautiful smile, and was always ready for outings and lots of fun. Sister is now a Prayer Minister at the Franciscan Villa. 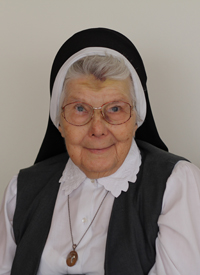 Sister Barbara Kardos, OSF, was born and grew up in Taylor, Pa.

Sister Barbara taught in schools in New Jersey and Florida, but most of her work as a teacher took place in schools in the Syracuse Diocese. In addition to teaching, Sister Barbara’s talents included cooking, sewing, and almost anything she set her mind to. Her Sisters in Community love and respect her for her calm demeanor, her prayerfulness, and her cheerfulness in adversity.

Sister Barbara is now a Prayer Minister at the Franciscan Villa. 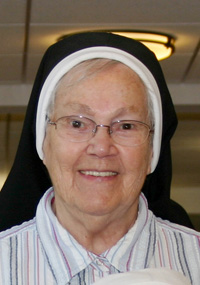 Sister Alvera O’Grady, OSF, is a native of Syracuse.

As a teacher, she worked in New Jersey, Ohio, and Florida but most of her teaching life was spent in the schools in the Diocese of Syracuse. Sister Alvera was a “born” teacher, as evidenced by her award of “Teacher of the Year” from the Syracuse Diocese. Even after finishing her job as a teacher, Sister Alvera continued as a volunteer. This delighted her students and their parents.

Sister Alvera is now a Prayer Minister at the Franciscan Villa. 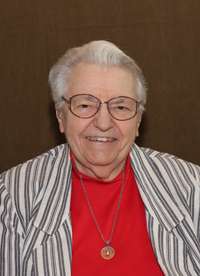 Sister Edward Marie Seubert, OSF, is a native of Utica and her home parish was St. Joseph. She studied at The College of St. Rose and the Catholic University of America.

Sister Edward Marie taught in New Jersey, the Albany Diocese, and the Syracuse Diocese. Sister was also the treasurer of Maria Regina College in Syracuse and worked in the finance office of the Franciscan Community. Sister was always a person you could depend on to lighten any moment with a joke or an imitation.

Sister Edward Marie now lives at the Franciscan Villa and serves as a Prayer Minister.