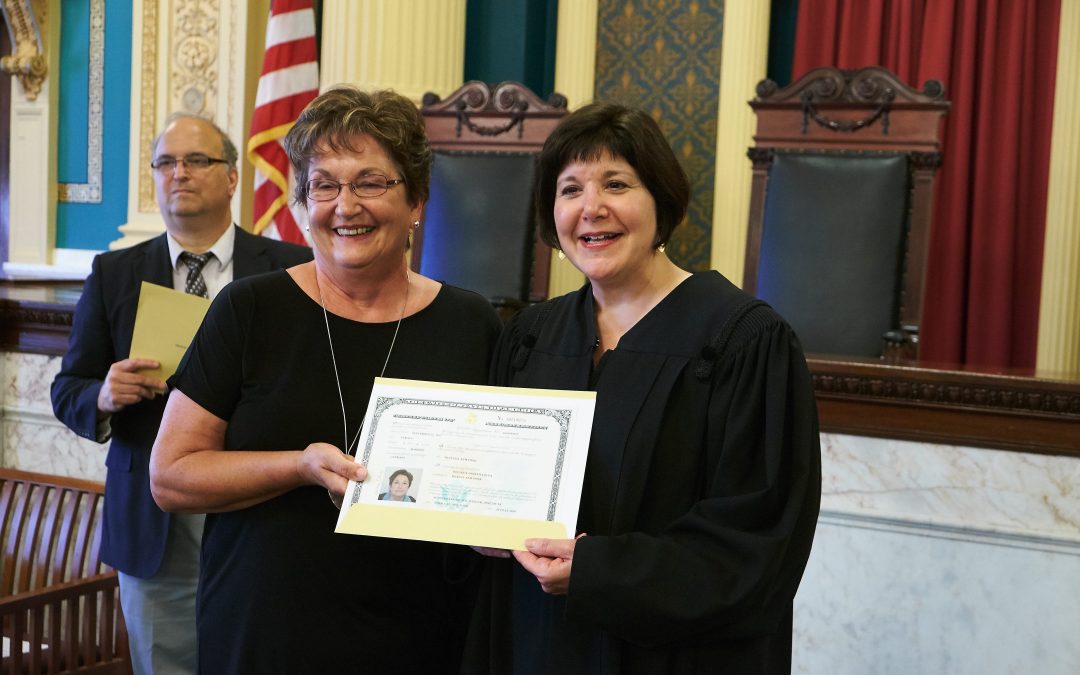 Buda, the longtime Director of Faith Formation for Holy Trinity Parish in Fulton, is a native of Traunstein, Bavaria, Germany. It was in Germany in June of 1976 that she met her future husband, John, who was stationed in the country with the Army, she recalled in an interview with the Sun prior to the ceremony.

The couple met through a dinner with mutual friends, where John “liked my tomato sauce,” Buda remembered with a laugh.

John proposed that August and the two were married stateside that December.

After being stationed around the world, the couple settled in New York in 1994. Over the years, their family and circle of friends grew. Buda began to see the U.S. as her home and understand that “you can stay who you are and become a part of the community,” she explained, which ultimately led her to begin the process of becoming a citizen.

On July 21, Buda and 47 others raised their right hands to take an Oath of Allegiance, followed by their first acts as Americans: reciting the Pledge of Allegiance.

After some tears during the ceremony, Heidi said she didn’t necessarily feel different, but rather that “you’re part of something bigger.”

Standing next to her grandmother after the ceremony, a beaming Alecsis said, “I’m really happy for her.”