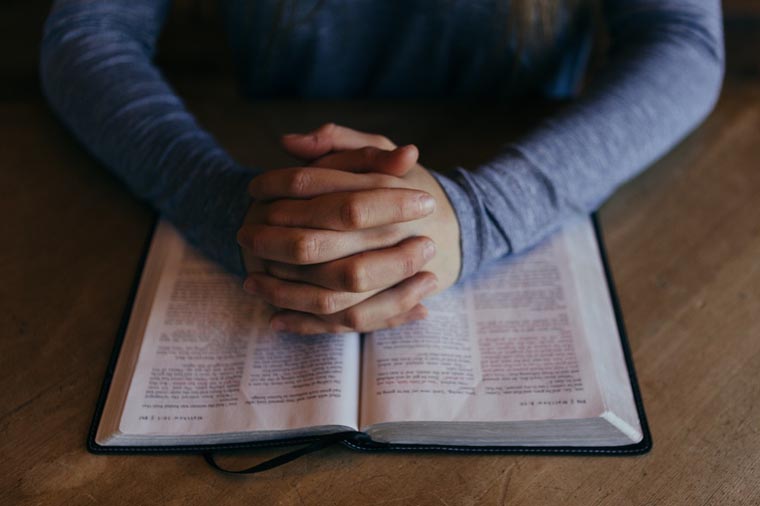 In the coming weeks and months, spiritual and physical support will be offered to those in need thanks to a man who as a child was abused by a priest of the diocese.

The man is a participant in the diocese’s Independent Reconciliation and Compensation Program (IRCP) for those abused by clergy. Rather than keep his $5,000 settlement, he has used the money to have special Masses offered in every parish of the diocese and to stock two Catholic Charities food pantries in Binghamton and Endicott.

“Before I even was offered anything, I saw this as a possible opportunity to cooperate with God in trying to bring good from a situation that was not good for a number of people, both victims and priests alike,” the man said. “I saw this as a chance to try to bring peace and comfort and good news from decades of strife and anger and sadness.”

The man, who no longer lives in his native Broome County, recalls being abused sometime between 1986 and 1988, when he would have been 9 to 11 years old, by a priest known and trusted by his family. He describes the abuse as “a one-time incident.”

He asked that his name not be used in making his donations nor in speaking with the Sun and Binghamton’s Press & Sun-Bulletin because he has chosen not to share the details of his abuse with many people in his life.

He reported his abuse to the diocese in 2008. “I remember writing to the victim assistance coordinator at the time that I wanted… the Church as a whole to address the problem that was at hand with clerical abuse. And I don’t think any institution can tackle any challenge as effectively as possible unless they understand the scope of it and grasp all of the ways it has occurred and how it’s affected people and who’s involved and the breadth of it,” he said.

“I felt it was my duty to report it,” he said, not for his sake or the sake of his abuser, who died several years prior, but “more to empower the diocese and the Church as a whole to have the facts that would be helpful to addressing this behavior and trying to prevent it going forward.”

He said the victim assistance coordinator replied promptly with a warm, kind response. The diocese offered to pay for counseling should he want that, he recalled, however he declined the offer, not feeling he needed it.

The man said he was surprised when, 10 years later, he received a letter from the administrators of the diocese’s IRCP, inviting him to submit a claim.

It was the first he’d heard of the program, so he read up on it. “I didn’t see anything to lose by submitting the information, so I did,” he said.

In July, he received from the administrators an offer of a $5,000 settlement. He executed the agreement and received a check in August.

The man had no attachment to the money, he explained, and he began to consider what to do with it.

He contacted diocesan Chancellor and Director of Communications Danielle Cummings about arranging to have Masses offered, first considering Masses for his abuser, then for several Broome County priests accused of abuse, he explained.

The man, who remains a practicing Catholic, “grew up putting priests and nuns and monks on pedestals and believing that they were slightly above human, in essence,” he said. “My experience with one priest and other experiences I’ve had, particularly with priests and some religious… have reminded me that we are all sinners. No matter what vows we profess or initials we have after our name or habits one might wear, we’re all in need of God’s mercy and we had better forgive one another if we want to be forgiven when we come before God.”

“I feel very strongly we all have to come before God as we are, acknowledge where we fall short, and ask for his grace — and intercede for others, including and perhaps particularly the very priests who abused individuals,” he added.

He didn’t want to possibly alienate or further anger faithful in the pews at the mention of these clergy, however. So, coordinated through Cummings, he arranged to have Masses offered at all 124 parishes in the diocese, each intended for “local members of the clergy who have abused and for those who have been harmed.” Each parish received a $10 check for this Mass intention and an explanatory letter from Cummings in early September. Parishes have already begun to celebrate the Masses as schedules permit.

“To be able to have a quarter-million people in the diocese praying together for victims and for their abusers, whether they’re deceased or they’re still with us — to me… I just can’t imagine a more powerful step forward for everyone involved,” the man said.

Msgr. John Putano, regional vicar of the diocese’s Southern Region, told the Sun in an email, “It took a lot of courage for this person to speak about his experience of being abused. It is a story of hope and forgiveness — a message we desperately need to hear — with so many angry and some ready to give up on the church.

“I was amazed when he mentioned that he wanted prayers not only for the healing of the victims, but also prayers of forgiveness for the priest abusers.

“He never gave up on his faith — and while he was deeply hurt — he saw this as an opportunity to bring something good out of very evil actions — reminding us all that it is Christ’s mission to bring Good News to those who are hurting and in pain.

“His actions speak louder than words — not only in the saying of Masses but also in providing food and other essential items for those who are most in need.”

The man decided to donate the remaining $3,760 of his settlement to Catholic Charities of Broome County, to be split between its food pantries in Binghamton and Endicott.

“I’m acutely aware that there are people in every community… that are in dire need every day of basic sustenance,” he said.

He also said he felt the funds for his settlement had been indirectly entrusted to him by the faithful of the diocese, particularly those in Broome County, who gave to the Church to support its work for people in need. The IRCP is funded through the diocese’s general liability insurance program; parishes pay premiums to the diocese for their insurance coverage.

“I wanted to accomplish with that money something that I felt they would agree with and be pleased with, and I couldn’t think of something better to do with it than to try to stock those pantries with some food,” he said.

Catholic Charities of Broome County Executive Director Lori Accardi said the donation would be used to buy fruits, vegetables, and grains for the pantries and that those dollars would stretch through the end of this year and into the next.

Together, the pantry at the Community Empowerment Center in Binghamton and Mother Teresa’s Cupboard in Endicott serve some 5,000 people per month, Accardi said. Of those, 43 percent are children and 6 percent are seniors, she added.

The donation “was a gesture that, from great hardship and challenge, was meant to do great good,” Accardi said. “We are very thankful and appreciative.”

The man acknowledges that his perspective may be different from other victims’.

“I don’t ever want to try to detract from or tone down what others feel; I think every reaction is valid,” he said.

He does want to see people move forward, he said.

“I hope dearly that much good may come from Catholics and non-believers alike hearing how an anonymous individual has tried to work with God to bring prayer, good news, comfort and peace out of a challenging experience in life,” he told the Sun in an email. “Our times’ news cycle is rife with reports of clerical and civic officials’ abuse and the suffering, anger and divisiveness that results. I shared details of my anonymous donations with media with the prayer that those in and outside of the Church will be comforted by a little bit of good news and not lose hope in God, His shepherds, or their neighbors and remember that good can and often does come from experiences of evil.”

IRCP in the Diocese of Syracuse The Diocese of Syracuse launched its Independent Reconciliation and Compensation Program for those abused by clergy Ash Wednesday, Feb. 14. Through the voluntary program, independent administrators determine monetary settlements for victim-survivors who have previously notified the diocese of their abuse by diocesan clergy. The program is expected to conclude in mid-October. According to diocesan Chancellor and Director of Communications Danielle Cummings, 85 individuals have been invited to participate in the program and 64 of those individuals have accepted settlements to date. Abuse allegations known to the diocese and included under the program date from 1941 to 1990 and involve 40 priests, 17 of whom are still alive and permanently removed from ministry, Cummings said.