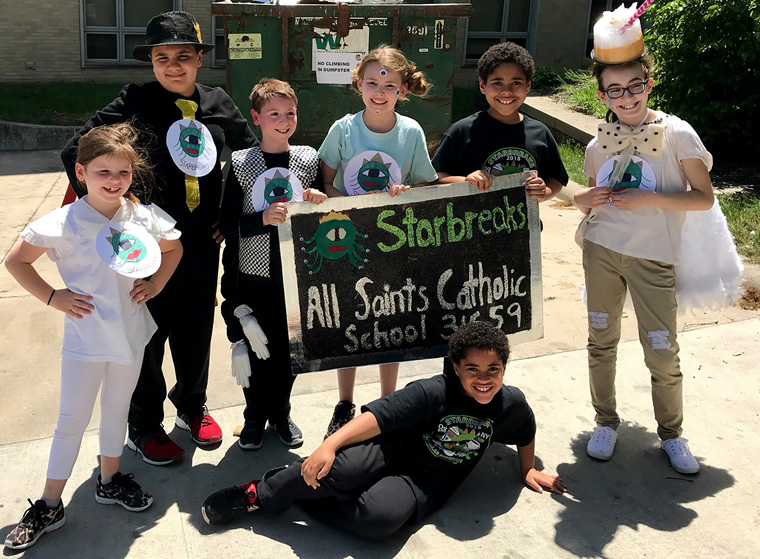 All Saints Catholic School in Endicott took second place out of 71 teams in the 2018 Odyssey of the Mind World Finals last month at Iowa State University.

“The All Saints team did an amazing job at the World Finals Competition!” Dr. Elizabeth Carter, president of Catholic Schools of Broome County, said in an email. “Just making it to Worlds is a great accomplishment and very difficult because of all the great competition. A minimum number of teams come back from Worlds with a trophy and they did!”

According to its website, OM is “an international creative problem-solving program for students from K-college.” More than 20,000 students and supporters from around the world came up with creative solutions to problems posed in various divisions.

All Saints competed in Division I for kindergarten to fifth grade. The team’s problem was called “A Stellar Hangout: In the outreaches of the universe, there is an Intergalactic Hangout where all sorts of creatures from different worlds stop, eat, refuel, and relax. Teams will create a humorous performance centered on this science fiction hangout that includes original creatures, foods, and a search for space treasure. There will also be a worker character, entertainment, and a futuristic map of the hangout.”