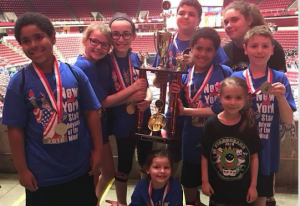 The group was one of four local teams that competed in the World Finals this year and one of more than 835 total competing teams.
The team, composed of students ages 7 to 11, tackled this question: