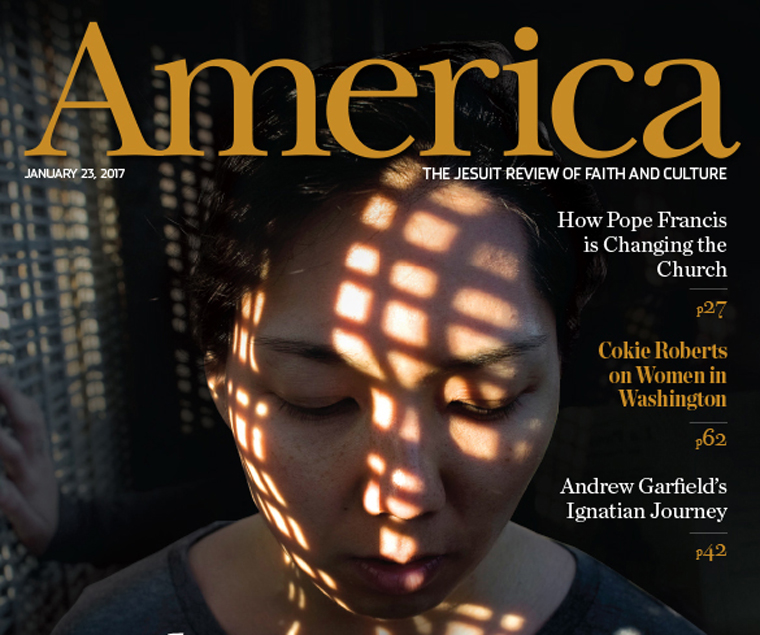 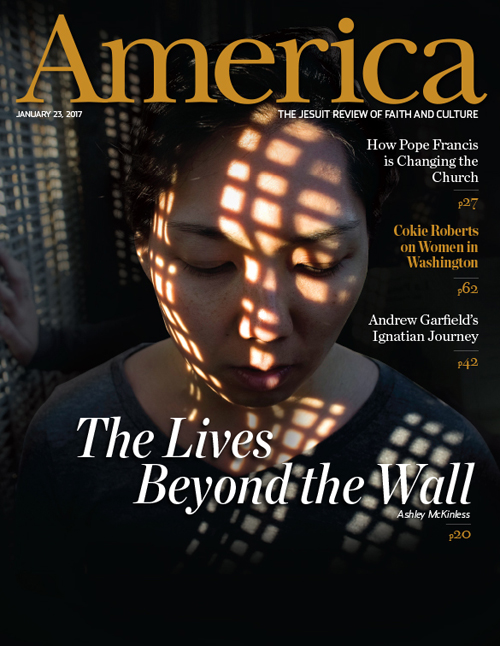 America magazine, the Jesuit journal, and its affiliated website, americamedia.org, are in the midst of their “greatest transformation” since the 1960s, according to Jesuit Father Matt Malone, who was named editor-in-chief of America in 2012. – CNS photo | courtesy America

WASHINGTON (CNS) — America magazine, the Jesuit journal, and its affiliated website, www.americamedia.org, are in the midst of their “greatest transformation” since the 1960s, according to Jesuit Father Matt Malone, who was named editor-in-chief of America in 2012.

More content is being placed on the America website, which has undergone a redesign. America magazine is trimming its publication schedule from 39 issues a year to 26, but half of the content will appear first in the magazine. Moreover, instead of about 70 percent of the magazine’s submissions being the work of unsolicited contributions with 30 percent solicited, those percentages will switch to 70 percent of the content being solicited, Father Malone told Catholic News Service in a Feb. 15 telephone interview from New York.

To finance the changes, America sold the building it had inhabited in Manhattan and used some of the proceeds, with the rest being banked to fund future projects, Father Malone said.

The changes are the culmination of a strategic plan that started shortly after Father Malone assumed his current post. “We decided at that point that we were going to not so much transition from print to digital, but transition in mindset and operations from an organization that was producing content exclusively for print as one that was producing content across all platforms, one of which was print,” he said.

The magazine relaunch in January was meant, he added, to “give everything a new fresh look and feel, of course, and bring it up to date, and spoke in such a way to our current audience and emerging audiences.”

Father Malone had hinted at the coming changes in a Dec. 1 letter to subscribers, in which he called the changes “the greatest transformation of this ministry since the 1960s,” with the magazine and website relaunch being just one element. In being named editor-in-chief, he wrote, he was charged with “transforming America into a 21st-century media ministry while preserving its unique and excellent voice.”

America also is recruiting “emerging Catholic voices” for “a new stable of writers and contributors,” moving to new $3 million headquarters in Manhattan — “one better suited to a 21st-century multiplatform multimedia ministry — and making investments in new staff, in print and in emerging technologies for America’s business department, Father Malone said.

He added that current subscribers would get the number of magazines they had subscribed for. So, if someone had paid for a one-year subscription last year and was counting on 39 issues, that subscriber would receive 39 issues despite the new publication schedule.

Father Malone, in the letter and to CNS, said the cut in the number of issues was not the result of financial pressures, and initial feedback indicated subscribers are happy. “Given the demands of modern life, some people found it hard to keep up with a weekly publication,” he said.

But www.americamedia.org will publish daily — and America will publish hourly on social media, Father Malone said in his letter. Their strategic planning had wondered whether digital would cannibalize print, or vice versa.

“We found there isn’t really an overlap,” Father Malone said. “The majority of our print readers engage with America in print, they might go to our website from time to time. Most of the folks that engage with us digitally, it works in the other direction.”

Website traffic has been up this year, he added — partly because of curiosity over the redesign, and partly to read America’s analysis and commentary on new President Donald Trump.