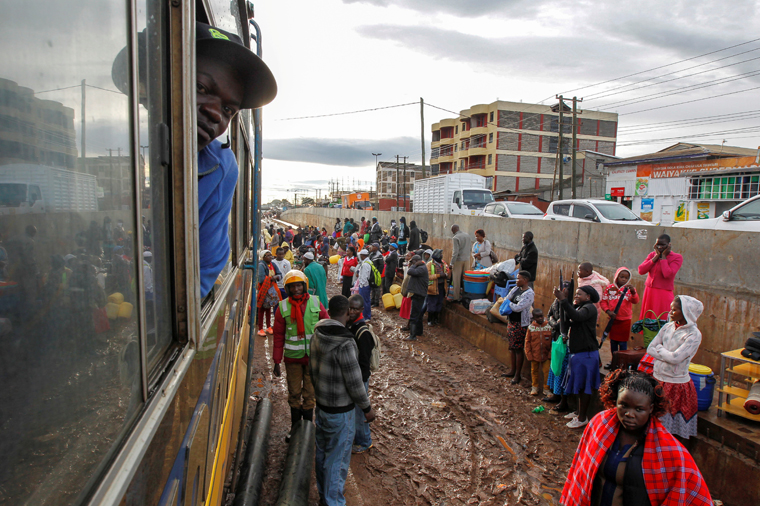 NAIROBI, Kenya (CNS) — As the coronavirus cases rise in Kenya, many city residents are fleeing to their rural homes, despite a warning from clerics and government officials.

Weeks after COVID-19 was first reported, panicking Kenyans — including Catholics — left cities and towns and traveled to the rural villages, where they believe their families are safer from COVID-19.

“They are not safe in the villages either. It is just an assumption. In the event of an outbreak in the village, it would be difficult to control the virus,” said Father Joachim Omolo Ouko, an Apostle of Jesus priest in the Kisumu Archdiocese.

The exodus has parallels to Italy, where thousands moved south in early March amid reports of government plans to quarantine regions in the north. Many boarded trains and buses ahead of the shutdown of Lombardy, a region that includes Milan and nearby provinces.

A similar migration occurred in the U.S., when panicking residents fled alleged containment of New York City and other large urban areas. The residents believed they would be safer in their weekend homes away from crowded cities. The movements did not stop the advancing pandemic in the two developed nations, which now have highest cases of the virus.

For Kenya, the safety concerns and fear of restrictions have also combined with factors such as easy access to food from farms in the rural areas to trigger the movement. Also, in the villages — unlike the overcrowded Nairobi — interactions with the outside world are limited, according to some of the residents.

“It all about safety. There are fewer people here and interactions are limited to my immediate family. Nairobi is everybody’s place,” Conso Maigallo, a Catholic who moved to Meru County from Nairobi with her two children, told Catholic News Service in an interview.

Crispin Isaboke, another Catholic, left Nairobi for his rural home in Kisii County.

“Nairobi is the epicenter of the epidemic in the country. My thinking is that the village is the safest place to be with my family,” said Isaboke. “Food is also in regular supply. … I am now working from (my rural) home as we have been advised.”

Amid the exodus, Wickliffe Oparanya, head of the council of governors, urged people living in urban centers to shun the travels to avoid infecting rural areas poorly equipped to deal with any outbreak.

“Stay where you are. Stay at home,” said Oparanya.

By March 30, Kenya had 50 confirmed cases. The country imposed a 7 p.m.-5 a.m. curfew, shut schools, churches and asked people to stay at home. The government has also started collecting surplus food in preparation to combating the virus. It has asked counties to give data of the volumes of food available, including rice, corn, beans and wheat, among others.