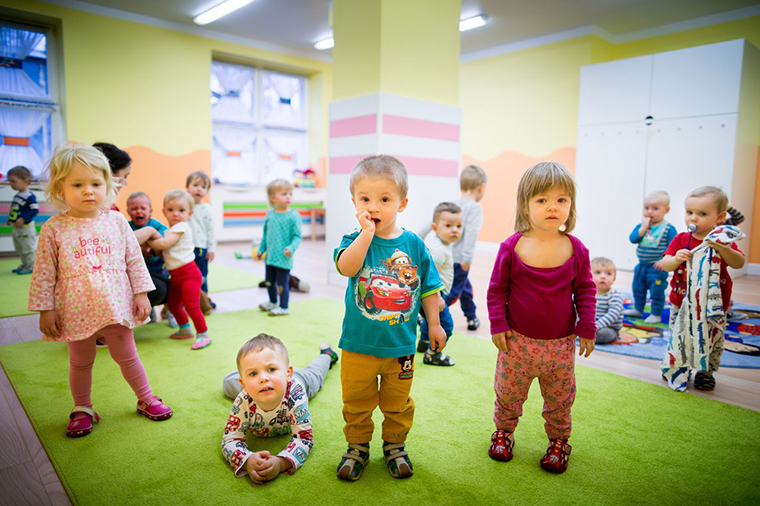 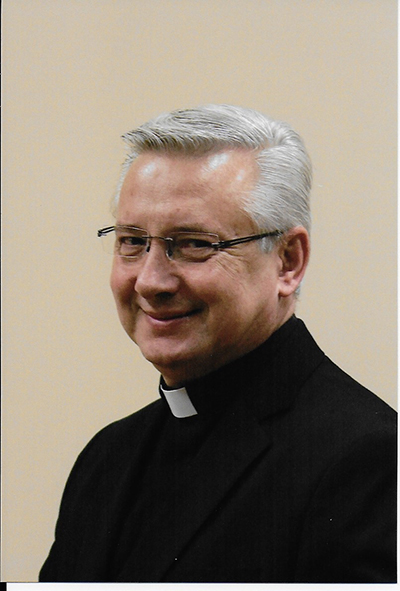 Father Andrew Baranski, rector of the Basilica of the Sacred Heart of Jesus.

A few weeks ago, all parishes in the Diocese of Syracuse were asked to participate in a special collection to aid the people of Ukraine in their time of great need. For the people of the Basilica of the Sacred Heart of Jesus on the westside of Syracuse, it turned out to be just the beginning.

“When we did the diocesan collection, people were asking ‘how can we help the Ukrainian refugees in Poland?’” according to Father Andrew Baranski, rector of the Basilica. Father Baranski is a native of Poland and his parish has a strong Polish heritage. He says that at the time this effort was getting underway, some three million Ukrainian refugees had crossed the border to Poland. Many of his parishioners wanted to send clothing, toiletries and medical supplies to aid the refugees.

“I said no. … St. John the Baptist [a Ukrainian Catholic Church a few blocks from the Basilica] is doing all of that. If you want to donate, drop it over there because they already have a system in place to process it. So we decided to do a monetary collection.”

Father Baranski explained that in Poland, consumer goods and other items the refugees need are available for purchase. “All they need is money,” adds Father.

“Caritas” is the Catholic Charities complement that operates in Poland, so pastoral leaders at the Basilica decided to work through the organization to aid two major groups of Ukrainians in need.

“The orphans …, there is a huge number of children, orphans and children that parents are sending alone,” Father said. He explained that some parents remain behind in Ukraine to fight the Russian invaders and entrust the care of their children to Polish teachers and caretakers.

“No. 2,” according to Father, “was the Felician Sisters. They are right in Przemysl (pronounced Shem-isha) which is right on the border.” He adds that refugees entering through Przemysl stay there for a couple of days of processing before they move on to other destinations in the country and beyond. Also, buildings in the diocesan region there have been converted to care for the large number of orphans and children traveling alone. Father Baranski hails from this diocese.

“The Felician Sisters there are doing a great job! And when we announced it to our people, the response was overwhelming. Before we even started I received $10,000 from a private donor … not even a parishioner.”

Father’s original hope was to be able to match that original donation but the parishioners went well beyond that expectation. To date, just under $40,000 has been raised. Almost $26,000 is earmarked for the children in the Diocese of Gliwice and more than $13,000 has been raised for the Felician Sisters in their work at the border and inside Ukraine. Members of other parishes have donated as well, thanks to Mass announcements made by priests who read about the effort in diocesan communications.

A unique aspect of this drive is the participation of the Felician Sisters.

“Sister Michelina, she’s the provincial for the regional Felicians in Przemysl. … Right now she is with another Sister helping the Felician Sisters in Ukraine.” The money went to Poland, but at the discretion of the Sisters, some of the funds are helping families and children directly receiving care packages, with other monies going to help purchase needed supplies for children’s hospitals and neonatal units that have been forced to leave valuable items and equipment behind as the bombs began to fall.

“They need everything …, they need equipment, beds. … I told Sister to do whatever she thought is best.”

The connection between the Basilica and the Polish Felicians is strong, thanks in part to a 100-year history of the Felician Sisters teaching at the now closed Sacred Heart Academy. Two Sisters from the order remain at the parish and serve in various ministries. It is that pride in the parish’s history and strong ethnic foundation that catalyzes this generosity on the part of the people of the Basilica and the community.

“Everybody is very touched …, people were so happy. When I announced this, people started applauding at every Mass. I said, ‘You deserve this … It’s your effort.’”

Donations can be sent to the parish, Basilica of the Sacred Heart of Jesus, 927 Park Ave., Syracuse, N.Y. 13204-2123. Donations should be marked for “Ukrainian-Polish Relief.”