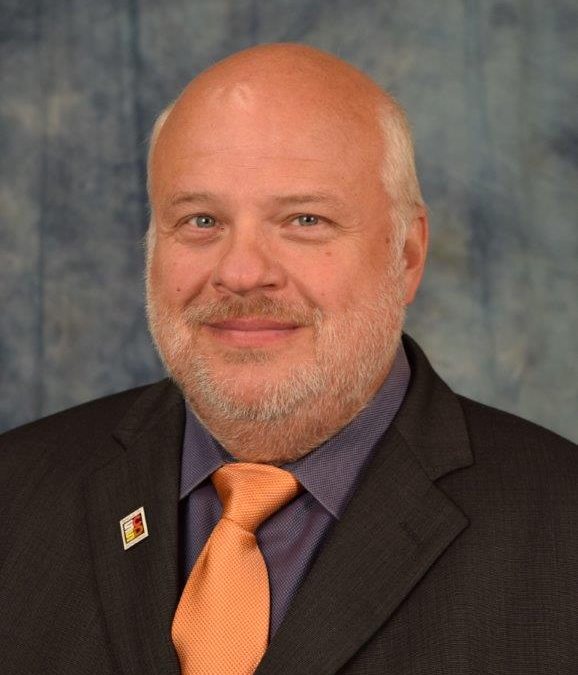 Nolan is a graduate of St. Brigid & St. Joseph grammar school and Christian Brothers Academy. He earned his bachelor’s and master’s degrees in Special Education from Syracuse University and his CAS in Educational Administration from SUNY Oswego.

He began his career in the SCSD in 1982 as a teaching assistant, he said, becoming a special education teacher at George W. Fowler High School in 1985. In 2002, he became secondary principal at Thomas J. Corcoran High School. He has held his current position since 2008. Nolan said he announced in September his plans to retire from the SCSD at the end of this school year.

Having recently subbed for a principal colleague on maternity leave, however, and currently serving as acting principal at Fowler, Nolan got “this taste of being back in the building as principal,” he told the Sun in a recent phone interview. So when the opportunity to serve at Grimes presented itself, he thought, “this is really what I want to do. I really have a passion for being a high school principal,” he said.

Nolan also noted the passion he has encountered in the Grimes staff and community, and his excitement to begin at the school. “When you have people who are passionate about something, great things can happen,” he said.

“Mr. Nolan’s qualifications as an educator are impeccable,” Henry Fust, chair of the Bishop Grimes board of trustees, said in the release announcing Nolan’s appointment. “It’s these qualifications, combined with his outstanding experience as a high school principal, that assure us that the high academic excellence we expect at Bishop Grimes will continue to be attained for the foreseeable future.”

David Wheeler, who has served as interim principal at Grimes since January 2015, will retire March 23. From mid-March to the end of the school year, current Assistant Principal Patrick Kinne will serve as acting principal; he will be assisted by Julie Moss, who currently serves as the administrative intern to the assistant principal, according to the release.

The full release from the school is below:

After an extensive selection process, the school is pleased to announce the appointment of Mr. Brian Nolan as their new Principal, effective July 1, 2016.

Mr. Nolan has served thirty-one years in the Syracuse City School District, where he functioned as the Executive Director of Career & Technical Education, supporting and supervising instructional programs at the high school and adult education level. Mr. Nolan was the Secondary Principal at Thomas J. Corcoran High School from 2002-2008 and the Vice Principal at George W. Fowler High school from 1999-2002. Mr. Nolan was also involved with summer school programs, taught Special Education, and coached basketball and football. He is a parishioner of St. Brigid & St. Joseph Church in Syracuse and has his own Catholic school experience from elementary, high school and college to provide a strong faith foundation for Bishop Grimes.

“Mr. Nolan’s qualifications as an educator are impeccable,” said Mr. Henry Fust, Chair of the Bishop Grimes Board. “It’s these qualifications, combined with his outstanding experience as a high school principal, that assure us that the high academic excellence we expect at Bishop Grimes will continue to be attained for the foreseeable future.”

Mr. David Wheeler has served as interim Principal and will officially retire on March 23. From mid-March to the conclusion of the school year, Mr. Patrick Kinne will serve as acting Principal with the assistance of Ms. Julie Moss, who is presently serving as the administrative intern to the Assistant Principal.