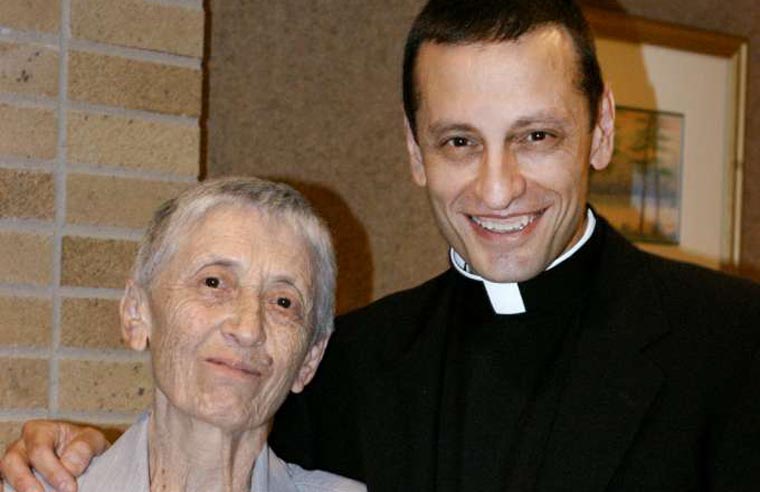 WASHINGTON (CNS) — Just in time for Mother’s Day, a handful of bishops shared memories of their moms on a recent podcast by the U.S. Conference of Catholic Bishops.

The bishops, interviewed on the “Made for Love” podcast, which is part of the USCCB’s Marriage Unique for a Reason website, spoke about what they admired about their mothers or how their mothers challenged or supported them over the years.

Two bishops spoke about how hard it was for their mothers to see them leave home. Bishop David L. Ricken of Green Bay, Wisconsin, left at age 13 for the seminary and even though his mom wasn’t ready for him to leave, she told him: “If this is what God wants for you, you have my support.” Bishop Thomas J. Paprocki of Springfield, Illinois, said he didn’t want to leave the comfort of home to go to kindergarten when he was young, but then the tables were turned not too many years later when his mom didn’t want him to leave for boarding school.

The bishops, interviewed by Sara Perla, a USCCB program specialist, spoke about the practical and spiritual ways their moms helped them.

Auxiliary Bishop George J. Rassas of Chicago said his mom drilled him in Latin so he could be an altar server. Bishop Michael J. Sis of San Angelo, Texas, remembered the time he had been hit in mouth by a bat in a neighborhood baseball game and his mother picked him up and carried him to the dentist office a few blocks away. It was something he describes as “a wonderful illustration of her care for me as a mother — that she would drop everything and care for me.”

The bishops didn’t sentimentalize motherhood either. Bishop Gregory J. Mansour of the Maronite Eparchy of St. Maron of Brooklyn, New York, who was one of six children, said his mother told him when he was older about a time she took all the children to church and was crying in prayer saying: “God, I can’t do this … I need your help.”

The bishop said that as a kid he experienced so much love that never imagined his mom was struggling and had no idea what she was going through.

When he was ordained in Lebanon he said he expressed — in what he describes as the “poorest Arabic possible” — gratitude to his mother and encouragement to all mothers emphasizing that every challenge was worth it.

When his mom went back to school and graduated in eight years for a two-year degree — because she was still busy at home — he and his proud siblings cheered, “Go mom! Go mom!”

And that cheering goes both ways. When Bishop Frank J. Caggiano of Bridgeport, Connecticut, told his mother he was going to be a priest he said she was “so happy she couldn’t speak,” as if she were 10 St. Monicas — the mother of St. Augustine — “rolled up in one.”

He has high words of praise for his mother too, saying she was saint-like for telling him the truth, holding him accountable, challenging him not just cuddling him, and never turning her back on him.

“My mother is the best living example of any person that I have ever met in my life for whom I never doubted for a moment that she loved me,” he said.

He said when he got into a fight with an older bully — as he describes an encounter when he was about 11 or 12 in his Brooklyn neighborhood — his mom found out about it within minutes and wanted to know what happened and if he was okay.

Years later, when he was accepted at a different Catholic high school from his friends — with no tuition — he wasn’t initially happy there and wasn’t doing well academically. His mom sat him down and told him he had to give the school his best shot and only if he didn’t like it after that could he attend another school.

He stayed and he loved it, he says in the podcast, but it wasn’t the only tough conversation he would have with his mother because as he put it: “I did some stupid things growing up and she was as angry as they come, but she never stopped loving me.”

One proof of her love and pride is that her favorite video, which she would watch every other day, was of his ordination.

The bishop’s mom, Gennarina, died in 2011, but she gave the bishop food for thought on the relationship that would have been uniquely shared by Mary and Jesus. He said that after she said, “Do what he tells you” about Jesus, Mary said nothing else that was recorded.

Bishop Caggiano said you can imagine how many people came up to her to ask if they could talk to Jesus.