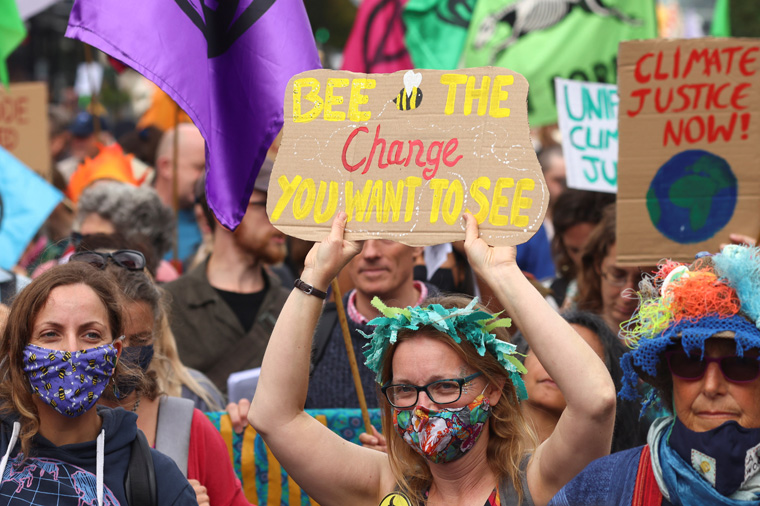 WASHINGTON (CNS) — The chairmen of two U.S. bishops’ committees echoed Pope Francis’ invitation to cultivate an “ecological conscience” in response to growing environmental challenges that affect human life in a message for the World Day of Prayer for the Care of Creation. “Our times require robust consciences, capable of wise discernment in the face of complex moral problems,” said Archbishop Paul S. Coakley of Oklahoma City, chairman of the Committee on Domestic Justice and Human Development, and Bishop David J. Malloy of Rockford, Illinois, chairman of the Committee on International Justice and Peace. Observed Sept. 1, the day opens the Season of Creation, a five-week period set aside annually to allow individuals to reflect and pray about how they can protect the earth from the unfolding ecological crises resulting from climate change, widespread pollution and degradation of the environment. While focusing largely on the pressing need to address environmental concerns, the prelates’ message also quoted Pope Francis’ March 2021 speech celebrating St. Alphonsus Liguori as a doctor of the church. The pope then cited “countless challenges” to humanity, including the defense of life, advancing artificial intelligence, threats to democracy and “the urgency of brotherhood. These ‘countless challenges’ must be met with a deep and well-formed faith,” the three-page statement said. “Indeed, one of the underlying drivers of our current crisis, both moral and ecological, is a radical world view that has placed excessive trust in the power of mankind and disregarded God.”