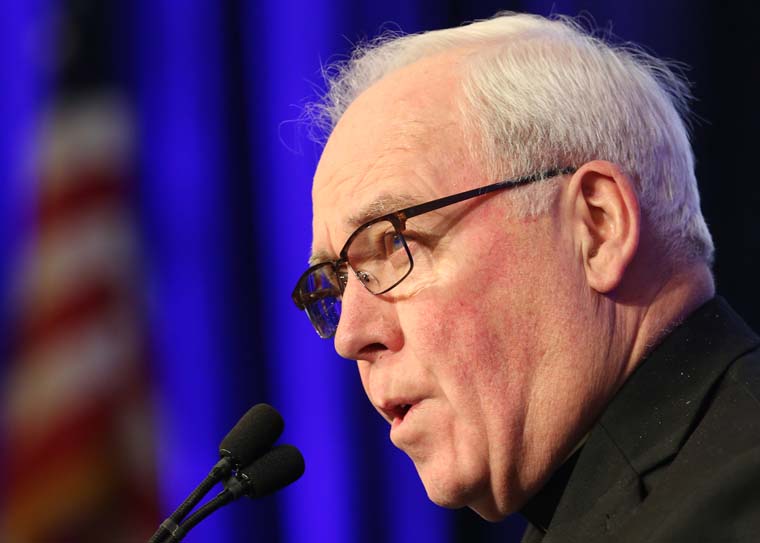 BALTIMORE (CNS) — U.S. Catholic bishops acknowledged that Catholic families and married couples need more support from the church at large and hope to offer it by giving parishes plenty of resources through a pastoral plan for marriage and family life.

A proposal for such a plan was introduced to the bishops on the second day of their annual fall assembly in Baltimore Nov. 14 and was approved by paper ballot with 232 votes in favor.

The pastoral plan was described by Bishop Richard J. Malone of Buffalo, New York, a member of the bishops’ Committee on Laity, Marriage, Family Life and Youth, as a response to Pope Francis’ 2016 apostolic exhortation “Amoris Laetitia” (“The Joy of Love”).

Bishop Malone, who introduced the idea to the bishops, was filling in for Philadelphia Archbishop Charles J. Chaput, the committee’s chairman, who was in Rome for preparatory meeting for the Synod of Bishops in 2018.

The bishop said he hoped the pastoral plan would encourage long-term implementation of the pope’s exhortation and also encourage a broader reading of it. Several bishops who spoke from the floor echoed this sentiment, emphasizing that the document was more than just one chapter — referring to Chapter 8’s focus on the possibility of divorced and remarried Catholics receiving communion which gained a lot of media attention.

Auxiliary Bishop Robert E. Barron of Los Angeles, founder of Word on Fire Catholic Ministries, said a pastoral plan focused on the exhortation lets the Catholic Church “seize control” of its message after the “blogosphere was forcing us to read it in another way.”

Archbishop Joseph E. Kurtz of Louisville, Kentucky, similarly noted that the exhortation’s Chapter 8 “got all the headlines” and he hoped a new plan based on the text would get more people to read the entire document and “read it slowly.”

A new pastoral plan for marriage and families would not be “the pastoral plan,” as in the be all end all addressing every detail, but it should provide a framework to help parishes work in this area, Bishop Malone said.

Discussion from the floor on about this plan was overwhelmingly positive.

They should know about marriage before they come to church to set up their wedding, he said, emphasizing that catechism needs to start much earlier

After Bishop Malone had stressed before the body of bishops that the program would focus on the entirety of “Amoris Laetitia,” not one part that generated so much attention, a reporter turned back to that section of the exhortation asking the bishop in a news conference if couples living in adultery could receive Communion.

“I’m not going to answer that here,” the bishop said, re-emphasizing that the aim of the pastoral plan was to provide married couples with resources they would need to strengthen their marriage and families.