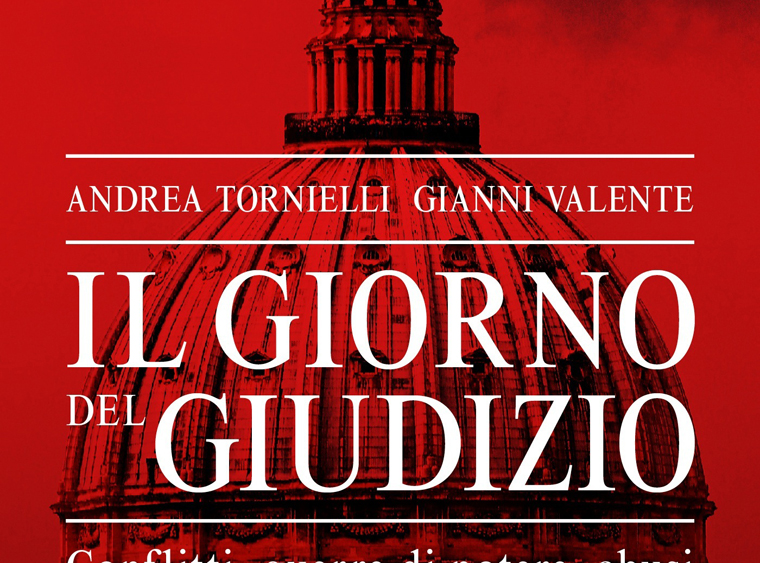 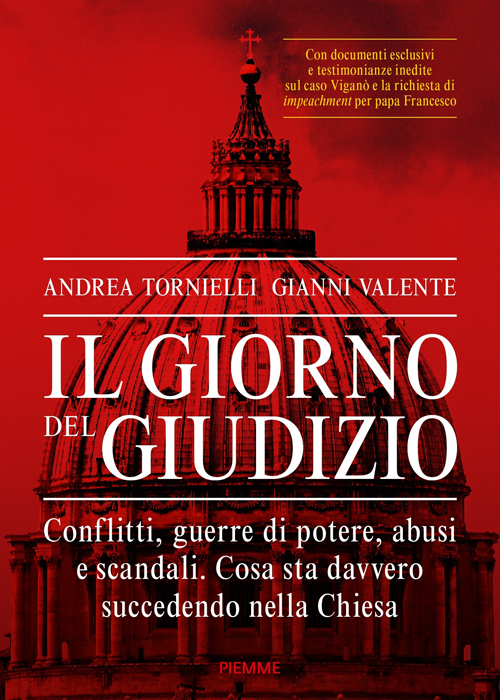 By Junno Arocho Esteves Catholic News Service
VATICAN CITY (CNS) — The decision to appoint Archbishop Theodore E. McCarrick to lead the Archdiocese of Washington and eventually to make him a cardinal went forward at the insistence of St. John Paul II’s inner circle despite reservations stemming from reports of misconduct, a new book claimed.

The book, titled “Il Giorno del Giudizio” (“Judgment Day”), was released Nov. 6 and reconstructs the events leading to Archbishop McCarrick’s rise in the hierarchy while countering claims made by Archbishop Carlo Maria Vigano, former nuncio to the United States.

Archbishop Vigano called on Pope Francis to resign and claimed he personally informed the pope about then-Cardinal McCarrick’s misdeeds. He also claimed that Pope Benedict XVI imposed sanctions on the cardinal because of allegations of sexual misconduct with and sexual harassment of seminarians.

“We want to try to give an account of the facts but to also offer some perspective on the current crisis in which it is increasingly clear that some people — including some bishops — have forgotten what the church is, confusing it with a corporation and demanding the pope’s resignation as if he were a CEO,” Italian journalist Andrea Tornielli told Catholic News Service Nov. 9.

In the book, Tornielli and co-author Gianni Valente claimed that the “testimony” released Aug. 25 by Archbishop Vigano is riddled with inaccuracies and omissions on how the former cardinal rose through the ranks of the church hierarchy despite allegations of inappropriate behavior.

Among other things, the book attempted to address Archbishop Vigano’s claim that St. John Paul II was “already very ill” in 2000 and so, perhaps, he did not make the decision to name Archbishop McCarrick to Washington and eventually make him a cardinal.

Archbishop Vigano implied that the appointment was “the work of (Cardinal Angelo) Sodano” and others “who were responsible for this.”

“I was struck by the clearly instrumental nature of the Vigano operation,” Tornielli told CNS. “Gianni Valente and I have tried to find all the information about the McCarrick case because we think that a correct and full presentation of the facts is the first and most important step.”

The book disputes the former nuncio’s claim that St. John Paul was incapacitated because of his health, nothing that from 2000, the pontiff “still had five very intense years ahead of him.”

“In that same year, aside from presiding at dozens of celebrations for the Jubilee Year, John Paul II visited Egypt, the Holy Land (Jordan, Israel and the territories under the Palestinian Authority) and then visited Fatima, to beatify Francisco and Jacinta Marto, two of three shepherd visionaries,” the book stated.

It also noted that Cardinal Angelo Scola, who was appointed patriarch of Venice a year after Archbishop McCarrick’s appointment, recalled in his autobiography two conversations in 2001 with St. John Paul regarding his appointment to Venice.

Those conversations, the book stated, prove that St. John Paul “wasn’t so ill as Vigano’s dossier would have you believe.”

The source claimed that, on the contrary, Cardinal Sodano and Cardinal Giovanni Battista Re, then-prefect of the Congregation for Bishops, were against Archbishop McCarrick’s appointment.

Instead, the decision was made by those in “the apartment,” a term used to describe St. John Paul II’s closest collaborators, bypassing the suggestions made by the Congregation for Bishops, the source alleged.

Although Archbishop Vigano claimed in his “testimony” that “canonical sanctions” were imposed on Archbishop McCarrick after his retirement, he then stated in an Oct. 7 letter that the measures were “not technically ‘sanctions’ but provisions, ‘conditions and restrictions.'”

Overall, Tornielli told CNS, it was surprising “to discover that there was a general underestimation of the rumors and allegations during the process of McCarrick’s appointment as archbishop of Washington” as well as to see “the absolutely clever way in which McCarrick was able to defend himself and bypass the ‘instructions’ about his retirement.”