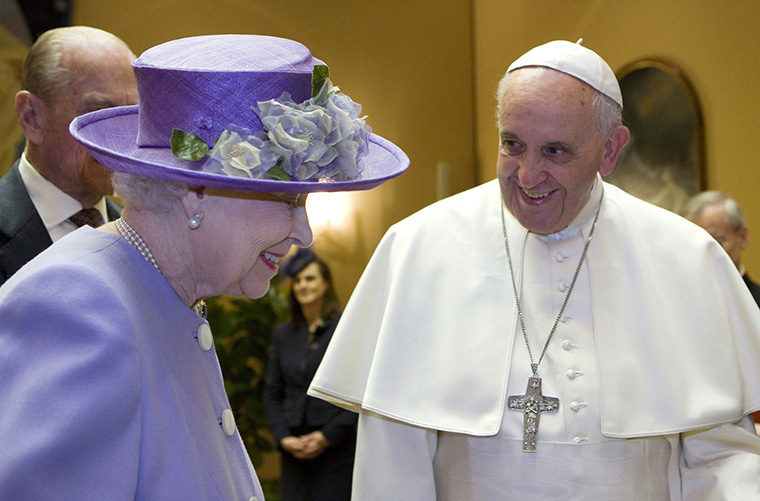 MANCHESTER, England (CNS) — Catholics in the U.K. paid tribute to Queen Elizabeth II following her death Sept. 8 and the end of a reign that lasted more than 70 years.

Pope Francis sent a telegram addressed “To His Majesty the King, Charles III,” her son who immediately ascended to the throne.

“I willingly join all who mourn her loss in praying for the late queen’s eternal rest and in paying tribute to her life of unstinting service to the good of the nation and the Commonwealth, her example of devotion to duty, her steadfast witness of faith in Jesus Christ and her firm hope in his promises,” Pope Francis said.

The British sovereign died “peacefully” at Balmoral, the royal residence in Scotland, surrounded by members of her family. She was 96.

Cardinal Vincent Nichols of Westminster, president of the Bishops’ Conference of England and Wales, paid tribute.

“Even in my sorrow, shared with so many around the world, I am filled with an immense sense of gratitude for the gift to the world that has been the life of Queen Elizabeth II,” he said.

The U.K. has entered a 10-day period of mourning.

Following her death, King Charles said in a statement: “The death of my beloved mother, Her Majesty the Queen, is a moment of the greatest sadness for me and all members of my family.

“We mourn profoundly the passing of a cherished sovereign and a much-loved mother. I know her loss will be deeply felt throughout the country, the Realms and the Commonwealth, and by countless people around the world.”