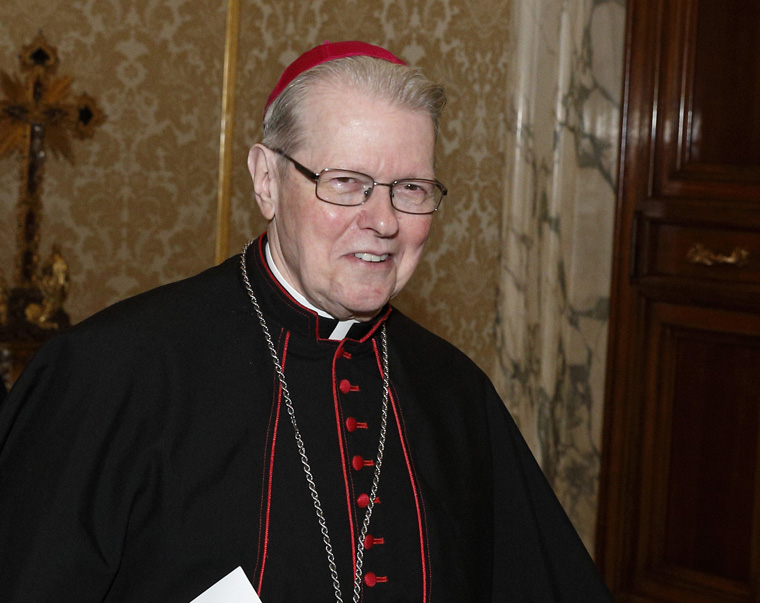 The diocese announced the action in a news release as attorneys filed the case Feb. 28 in U.S. Bankruptcy Court for the Western District of New York.

“We have no more urgent work than to bring about justice and healing for those harmed by the scourge of sexual abuse.

The intense emotional, mental and physical pain inflicted on these innocent victim-survivors is a heavy burden they are forced to carry throughout their lives,” Bishop Edward B. Scharfenberger of Albany, New York, apostolic administrator of the Buffalo Diocese, said in a statement.

The filing comes as the diocese faces about 260 lawsuits that have been filed under New York’s Child Victims Act, which suspended the statute of limitations for abuse claims for one year beginning last August.

The diocese also reported a $5 million loss for fiscal year 2019, which it attributed to consequences of the abuse scandal.
Bishop Scharfenberger was scheduled to meet with reporters later in the day to discuss the action.

The filing allows the diocese to reorganize its finances while continuing to operate its offices, ministries and services.

The diocese said in court papers that it does not have enough assets to pay the millions of dollars being sought by creditors. The documents showed assets of $10 million to $50 million and liabilities of $50 million to $100 million. The diocese also said it had between 200 and 999 creditors.

The diocese paid $17.5 million to 106 people claiming they were abused in 2018 under a voluntary compensation program.
The state of New York is six months into a one-year extension of the statute of limitations for filing claims under its Child Victims Act.

The news is the second major announcement by the diocese in February.

Bishop Scharfenberger told parishioners in a video Feb. 4 the diocesan seminary will close at the end of the current academic year. He said that Christ the King Seminary’s board of trustees decided the school would “cease operations” after determining that a decade of losses averaging $500,000 per year could no longer be sustained.

The Buffalo Diocese is the second in New York to file for bankruptcy reorganization in recent months. The Diocese of Rochester filed its case in September. In all, 23 U.S. dioceses have sought bankruptcy protection in attempts to settle lawsuits over clergy sexual abuse of children.