Cardinal Foley: A voice of Thanksgiving past, for today 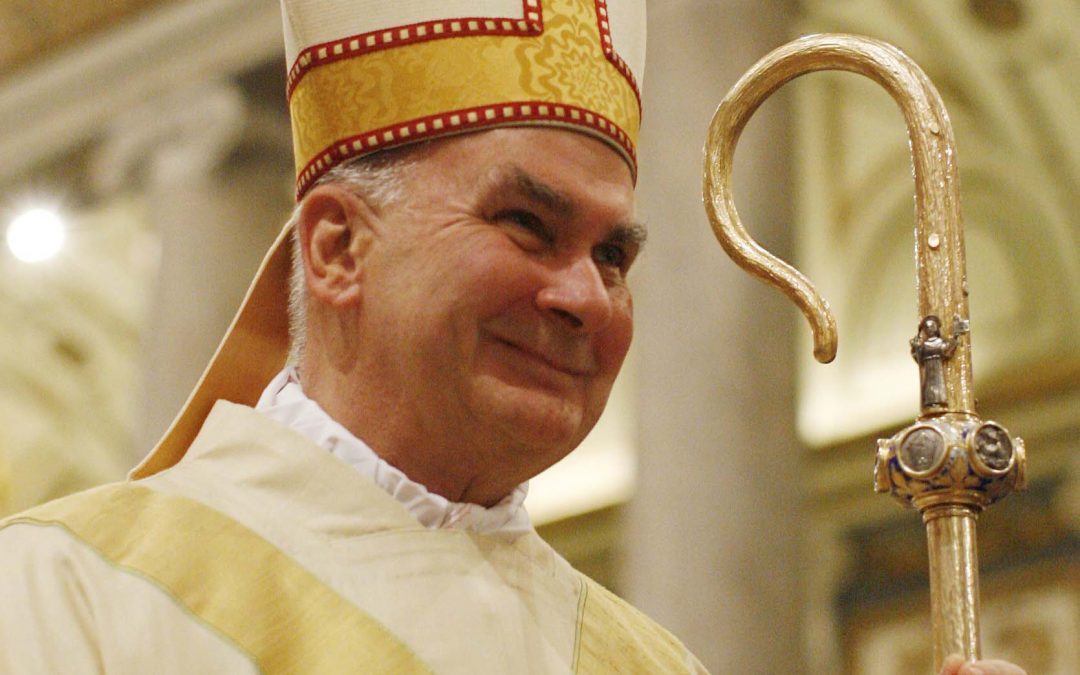 PHILADELPHIA (CNS) — When the late Cardinal John P. Foley was an archbishop and president of what was then called the Pontifical Council for Social Communications, he celebrated Thanksgiving Day Mass and preached the homily for it Nov. 24, 2005, in at Santa Susanna Church, Rome.

His message to the American priests, seminarians and guests in Rome on that day resounds to Americans everywhere today, some 12 years later as it presciently addresses ethnic diversity in America and, in particular, Philadelphia.

CatholicPhilly.com, the news outlet of the Philadelphia Archdiocese thanked Eileen Guest, a cousin of the late cardinal, for sending in a copy of this homily. “We are grateful to share it, and for this happy memory of the former editor of The Catholic Standard and Times.” The text follows:

My brothers and sisters in Christ,
Happy Thanksgiving Day to all of you — Americans and friends of Americans here in Rome.

A special word of welcome is due to the new ambassador of the United States of America to the Holy See, the Hon. L. Francis Rooney, who joins us today to read the proclamation of President George W. Bush for this Thanksgiving Day. We are grateful that you could be with us, Mr. Ambassador.

Because it is always a bit of a mystery to foresee what the readings should be in today’s liturgy, which — on the universal level — does not recognize Thanksgiving Day, but rather mandates the celebration of the feast of Vietnamese martyrs and because I have been traveling in these weeks on the work of the Holy See in the Netherlands, France and Tunisia, I decided to prepare reflections on the beautiful preface which has been approved for Mass on this uniquely American celebration.

The preface compares God’s chosen people with Americans — and some people think this is an exaggeration, but I don’t.

Listen to some of the passages from the preface:

“Once you chose a people and gave them a destiny and, when you brought them out of bondage to freedom, they carried with them the promise that all men would be blessed and all men could be free.

“What the prophets pledged was fulfilled in Jesus Christ, your Son and our saving Lord. It has come to pass in every generation for all men who have believed that Jesus, by his death and resurrection, gave them a new freedom in his Spirit.

“It happened to our fathers, who came to this land as if out of the desert into a place of promise and hope. It happens to us still, in our time, as you lead all men through your church to the blessed vision of peace.”

I am the grandson of immigrants who came from Ireland, Wales, England and Germany to Philadelphia during the 19th century.

I have a copy of the wedding certificate of my great-grandparents on my father’s side from Merthyr Tydfil, Wales, and both of them marked it with an X; they were obviously both illiterate.

Their parents had gone to Wales during the terrible potato famine in Ireland — and they were engaged in the brutish work of the coal mines of Wales, then the coal mines of northern Pennsylvania, then their children went to Philadelphia, the cradle of American liberty.

They were heroic men and women who saw in the United States of America economic opportunity, the freedom to practice their beloved faith and a chance to forge their own destiny politically and socially. They came “into a place of promise and hope.”

What they did more than 100 years ago is still being done today.

Not too many people realize that one of the largest communities of Iraqi Catholics is to be found in Detroit. No matter what terrorists may try to do, Iraqis who seek freedom and opportunity, especially religious freedom, think first of the United States. When we hear distressing news from Iraq, we should think also of the fact that many Iraqis identify the United States of America with the freedom for which they yearn.

The cardinal of Los Angeles and the bishop of Brooklyn, New York, the two major ports of arrival for those entering the United States, have told me that Mass is celebrated in their communities in more than 40 languages every Sunday.

The United States has been called the great “melting pot” — and, to a certain extent it is, but it is even more a mosaic, many colors and many cultures in one beautiful expression of unity with diversity — “e pluribus, unum.”

I am extremely grateful to be not only a Catholic, but a Catholic from and of the United States of America.

God has been so good to us, and most of our people have recognized God’s goodness to us and have responded with gratitude to Him and with generosity to others. We recognize ourselves to be stewards and not masters of the abundance and of the freedom with which we have been blessed.

I have had the privilege of visiting most of the world in the service of the Holy See. I have seen and experienced much, and I have known many wonderful people from almost every nation.

But on this day above all, I thank God for my faith and for my freedom, and for the fact that I am an American, a citizen of a nation which, with all its faults, is still justly viewed as a land of opportunity, a beacon of hope in an often despairing world.

On this Thanksgiving Day, we thank our Heavenly Father, and we pray fervently, “God bless America!”