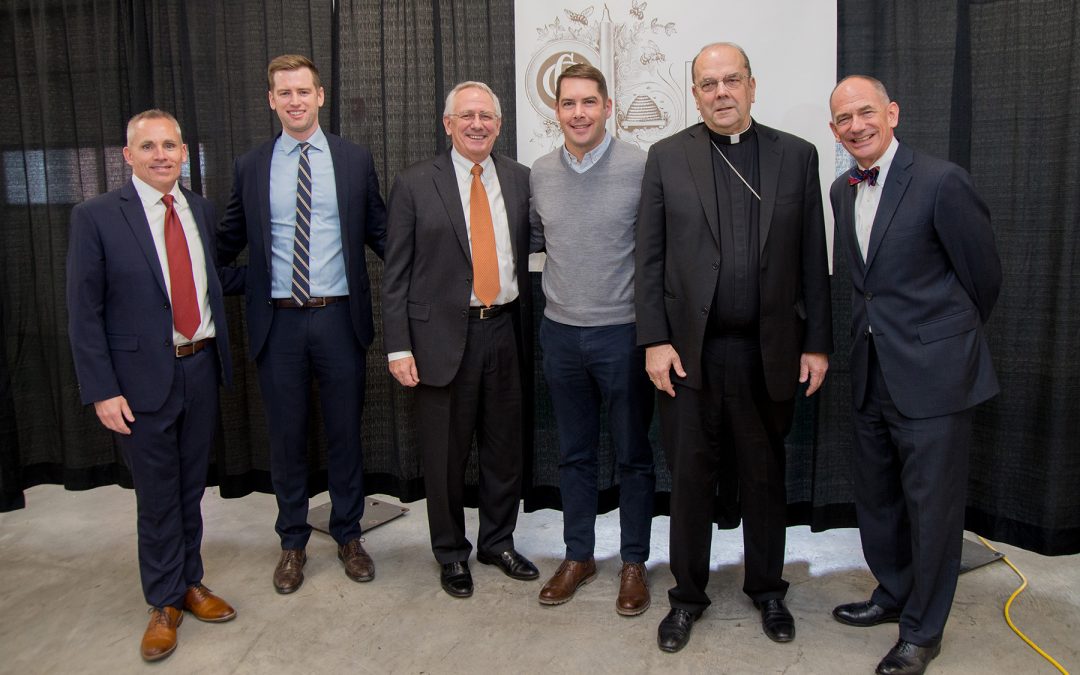 Cathedral Candle Company, a Syracuse-based candlemaking company that has produced church candles since 1897, celebrated the opening of a new three-story, 14,700-square-foot expansion on Friday, Dec. 7. The event took place on the feast day of Saint Ambrose, patron saint of candlemakers, and included a ribbon cutting with Syracuse Mayor Ben Walsh and a ceremonial blessing by Bishop Robert J. Cunningham of the Roman Catholic Diocese of Syracuse.

Go behind the scenes: Syracuse company crafts candles used around the world

The new addition connects the company’s existing office building to the original factory, creating more functional space to meet Cathedral Candle Company’s need for increased shipping and storage space for inventory as it supplies candles to churches throughout the U.S. and around the world. The $2.5 million investment was privately funded and is part of a multiphase master development plan.

“We are so humbled and blessed to be able to continue to grow and expand right here in Syracuse within the Northside community, a place that we’ve called home for over a century,” said Louis J. Steigerwald III, president of Cathedral Candle Company. “This new space will go a long way toward increasing our operational efficiency, particularly as we enter our busy season between Advent and Easter, so we can continue to serve as a premier source for high-quality church candles in the years to come.”

Cathedral Candle Company has been hand-crafting liturgical candles for over 120 years on Syracuse’s Northside. While the local company has an international footprint, the original brick factory on Kirkpatrick Street remains a part of its core manufacturing facility. 93 percent of sales come from outside of New York, and the company has previously provided candles for U.S. visits made by the Pope.

“The Cathedral Candle Company has been an anchor in our community for more than 120 years. I commend them for their ongoing commitment to operate and grow in the same neighborhood where they first opened their doors,” said Syracuse Mayor Ben Walsh.

Cathedral Candle Company is the longest continuous member of the Greater Syracuse Chamber of Commerce, now CenterState CEO. Since 2003, the family-owned company has invested more than $7.1 million in its facilities and added more than 46,000 square feet of infrastructure. Over the years, the company has grown to 80 employees, most of whom live within walking distance of its facilities.