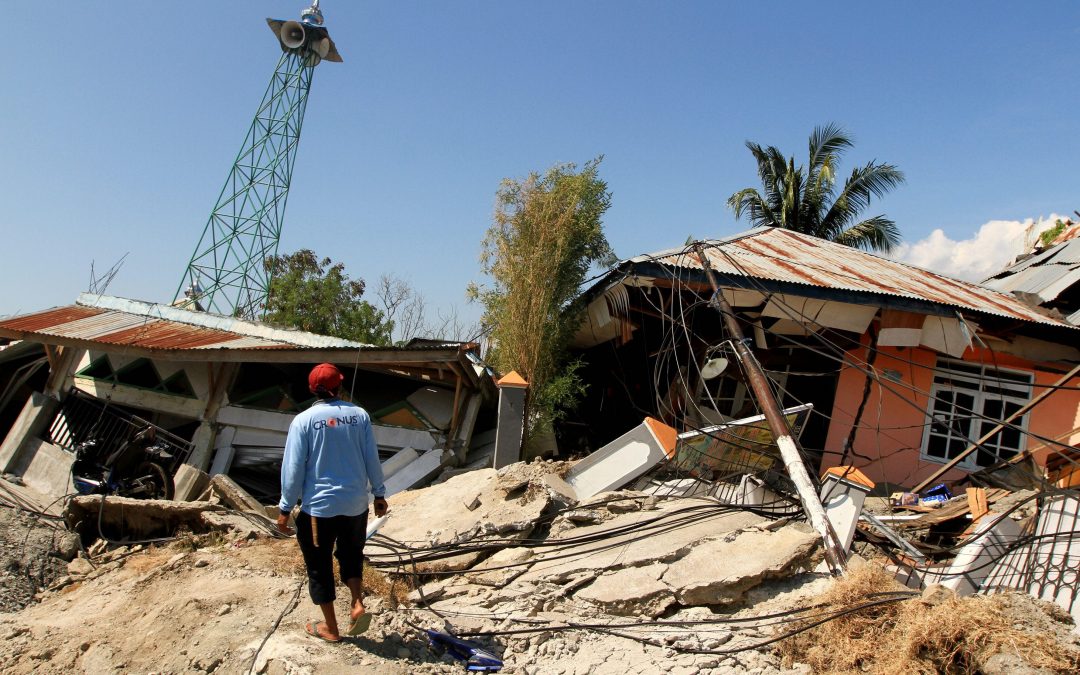 JAKARTA, Indonesia (CNS) — Catholic aid agencies were among those working to assess the needs and get relief to the island of Sulawesi after an earthquake and tsunami left more than 800 people dead.

Indonesia’s disaster agency said Oct. 1 the death toll from the magnitude 7.5 earthquake and tsunami was more than 840, and nearly 50,000 people had been displaced by the disaster. The death toll was expected to rise as rescuers pulled bodies from the rubble.

Yenni Suryani, country manager for Catholic Relief Services, the U.S. church’s international relief and development agency, said humanitarian groups were struggling to get aid to people in the hard-hit cities of Palu and Donggala.

“With the airport damaged, getting access to Palu and Donggala is a huge problem,” Suryani said. “Responders and local aid groups are having to drive overland 10-12 hours. That means a bottleneck for relief supplies in coming days. Landslides are hindering road travel in some places. There’s very limited electricity in Palu, but power is out almost everywhere. Some mobile phone towers have been repaired allowing limited communication, but it’s unreliable.”

Father Joy Derry Clement, chairman of the Socio-Economic Commission of Manado Diocese in North Sulawesi, told ucanews.com some parishes in the area have been heavily hit, and at least two churches in Palu were partially destroyed.

“Their walls are cracked. In some cases, heavy steel pillars have become detached from their brackets,” he said, adding a number of priests suffered minor injuries due to the quake.

“We’ve formed team that will be sent to Palu soon to assess the situation there. I’ve also set up a logistics team in the commission’s office where material aid from local Catholics can be collected,” he said.

At least 500 priests, nuns, seminarians and lay Catholics had been relocated to the compound of the Immaculate Heart of Mary Parish without tents since the disaster, he added.

At the Vatican, Pope Francis prayed for Indonesians after he recited the Angelus Sept. 30.

He prayed “for the deceased … for the wounded, and for those who have lost their homes and employment. May the Lord console them and sustain the efforts of those who are taking part in the relief efforts.”