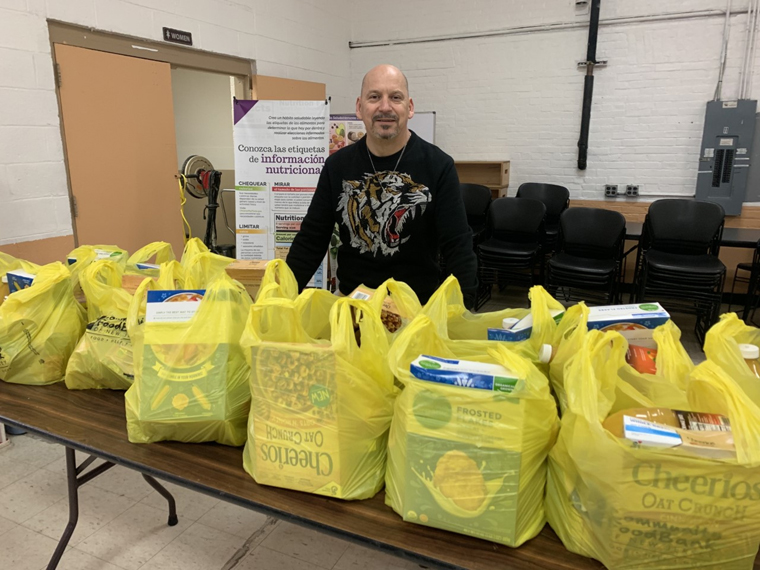 CLEVELAND (CNS) — Catholic hospitals, parish schools and charitable agencies are among the entities hoping to receive partial relief under a massive $2.2 trillion emergency aid package unanimously approved by the Senate in response to the crippling new coronavirus.

They are just not sure when the aid will begin to flow, however.

“At this point everyone is trying to figure out what got in and how it’s going to help out,” said Lisa Smith, vice president of advocacy and public policy at the Catholic Health Association of the United States.

Senators approved the 880-page Coronavirus Aid, Relief and Economic Security Act, or CARES Act, during a late-night vote March 25. Despite such a large expenditure, about half of the federal fiscal year 2020 budget, leaders of Catholic organizations said they expect another package will be needed before the coronavirus runs its course.

Democratic leaders in the House of Representatives were seeking a quick vote on the measure March 27 through a voice vote, which would not require elected officials to reconvene in Washington.

The bill includes $180 billion in health care spending, designating $100 billion for hospitals and care providers that are the hardest hit in responding to the coronavirus since the first U.S. case of the illness was confirmed Jan. 20.

Another key provision finds aid in the form of loans that would become grants to small businesses and nonprofit organizations if staffing levels are maintained. In addition, unemployment insurance would be expanded for people who have suddenly found themselves out of work as companies

— sometimes under government ordered shutdowns — have reduced hours or closed altogether in an effort to stem the transmission of the COVID-19 virus.

She described how one hospital not affiliated with any health system was losing $1 million a day. Some hospital systems are seeing losses from $100 million to $600 million a month in the first weeks of the outbreak of the illness as they shift from normal operations to focus on the public health crisis, Smith said.

“The problem is that the margins are not high, being not-for-profit hospitals, so it’s creating a huge toll,” she explained. “We need a sustained cash flow. … Those are the things we were really advocating and trying to educate folks in the Senate and the White House and the House about.”

Smith said funds in the bill have been allocated for paying for hospital staffing as extra workers have been called in, supporting onsite day care for the children of hospital workers where possible and buying protective gear.

Support for private and public schools is included in the bill, with $30.7 billion set aside in an Education Stabilization Fund. Of the total, elementary and high schools will receive $13.2 billion and higher education $13.9 billion.

The funds are part of $377 billion allocated for small business assistance.

Funds can be used for cleaning supplies, disinfecting schools and widening the use of technology to enable at-home learning. By using funds for such purposes, schools will be able to keep teachers and other staff members employed, which is the goal of the bill, Sister McDonald said.
“How that’s all going to work and the particulars of what you can spend it on are very broad,” she said. “The really intensive part of this will be working with the Department of Education on what the actual guidelines look like and how this money gets into the hands of people who need it.”

While welcoming the funding, Sister McDonald said, “For many of our schools, the funds under the Education Stabilization Act are not going to be enough.” She said many Catholic schools do not have the regular stream of income that public schools have through tax dollars, especially as unemployed parents cannot afford to pay tuition.

“We want to get all that the government says our kids are entitled to. This taxpayer money being spent in this $2 trillion package,” she added.
Catholic colleges and universities also will see some relief, but not nearly as much as necessary, said Vincentian Father Dennis Holtschneider, president of the Association of Catholic Colleges and Universities.

Many ACCU members are facing tight cash flows, especially because they at least partially refunded room and board costs to students who had to vacate dormitories and opt for online learning.

“For the most part they kept their employees as much as they could and they didn’t have the money to refund. They just did the right thing. It put them in a very bad position with cash flow,” he explained.

Mainstream higher education institutions will receive about 90% of the funds allocated, or about $12.5 billion. Half has been designated for emergency student aid, leaving the other half for the institutions to share to help them recover some of the expense associated with responding to the illness.

“We are incredibly grateful to be included (in the bill),” Father Holtschneider told CNS. “But as you can tell we still have a great struggle, especially for the smaller schools to stay open and continue to employ our workforce.”

Brian Corbin, executive vice president of member services at Catholic Charities USA, welcomed allocations in the CARES Act for a variety of social services, some of which are delivered by diocesan agencies.

Among the specific items being funded are an additional $15 billion for the Supplemental Nutrition Assistance Program, or SNAP, formerly known as food stamps; $8.8 billion for child nutrition assistance; $4 billion for emergency solutions grants to address homelessness; $5 billion for the Community Development Block Grant that often funds social services such as food programs; and $200 million for the emergency food and shelter program.

“Those are the monies we use to help clients,” he said.

Corbin explained that it appears local agencies will be able to access Small Business Administration loans under the bill to keep employees on staff.

Another provision includes a $300 charitable deduction for all tax filers, even if they do not itemize deductions. The deduction may encourage people to donate to charitable agencies in a time of great need, Corbin said.

Directions on implementing the expenditures remain to be written and Corbin said the agency plans to be “actively monitoring the development of those rules.”