Catholic families leave Belfast homes after threats to their safety 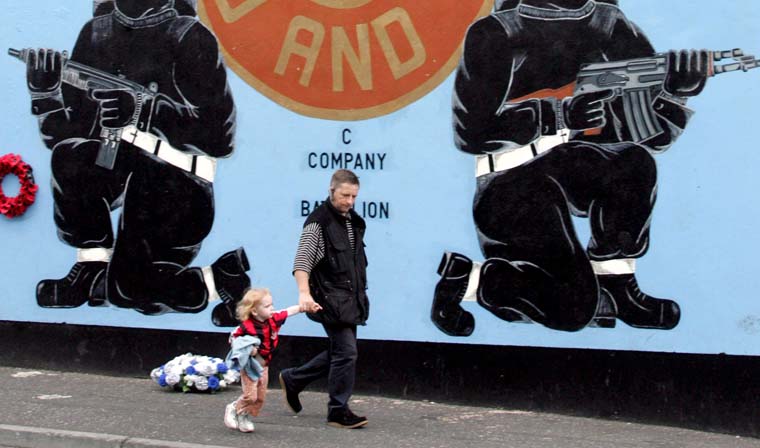 DUBLIN (CNS) — Catholic families in a cross-community housing project in Belfast, Northern Ireland, have been forced to leave their homes after a sectarian threat, thought to be from Protestant paramilitaries.

The residents live in a new housing development that was part of a government-backed “shared communities” strategy. The movement was a response to the need for reconciliation in the region following the 1998 peace agreement. Last year, a report found that nearly 90 percent of social housing in the region remains segregated along religious lines.

Catholic families from the development have presented themselves to the Northern Ireland Housing Executive as homeless; they said they were visited by police early Sept. 27 warning of a threat to them because of their religion.

The police reportedly told the families they had received intelligence warning that the Catholics were unwelcome in the area. The threat also said that if the residents did not leave the area, they faced violence.

In June, the area made headlines when the flags of a number of Protestant paramilitary factions were erected. The action was seen as part of a process of intimidation against Catholic families.

A spokesman for the Housing Executive, which oversees the shared housing strategy, confirmed that “a number of families in the south Belfast area have presented to us as homeless, claiming sectarian intimidation. We have no further information at this time.”
Radius Housing, which manages the project, said it had been informed that the police were “investigating threats and acts of intimidation” against Catholic residents.

“Our priority is the safety and well-being of all of our tenants. … We believe that aim is shared by the vast majority of people who live here,” the organization said.

A spokesman for the Police Service of Northern Ireland told Catholic News Service: “We do not discuss the security of individuals.

However, if we receive information that a person’s life may be at risk, we will inform them accordingly.”

“This blatant sectarianism has no place in our society and should be condemned outright,” he told CNS. “This is meant to be a shared neighborhood, and it is completely unacceptable that people are being intimidated in this day and age.”

O Muilleoir blamed the Ulster Volunteer Force, a Protestant paramilitary organization that has been under a cease-fire since 1994 but police say is still active.

He called on leaders in the Protestant community “to speak out and show leadership.”

“We also need the authorities to take a stand against sectarianism in order to tackle this issue adequately,” he added.

Claire Hanna of the mainly Catholic Social Democratic and Labor Party said: “Shared housing is vital for progress in this society, and it must be protected. We cannot live in a society where families are being threatened out of their homes.”