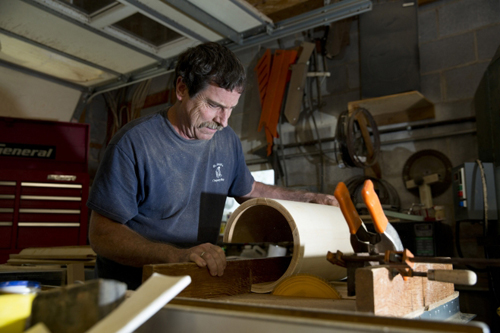 Here’s a look at some of the stories making headlines today:
• Archbishop Bernardito Auza, head of the Holy See’s permanent observer mission at the United Nations, told Vatican Radio: “There is so much interest. Everybody wants to see the pope, even from a distance. The dream of so many is to have a selfie with the pope.” UN delegates: they’re just like us! Read more on the impact of the pope at the U.N. here.
• Meanwhile, Catholic News Services’ Rome bureau chief Cindy Wooden predicts Pope Francis will challenge members of Congress and the U.N. with his speeches in September:
“For Pope Francis, making the world a better place is not a catchy line from a pop song. It is about rolling up one’s sleeves and feeding the hungry, welcoming the immigrant, rescuing the victims of human trafficking, reducing the carbon emissions that contribute to global warming and ensuring jobs for young adults.”

Speaking of the pope’s visit:
• Reuters takes a look inside the Philadelphia prison Pope Francis will visit next month and talks with the two inmates working on a chair for the pontiff. Neither of the inmates is Catholic but both said they would want to meet the pope: “It gives us hope that somebody still cares,” one said.

• Lightning strikes twice: In 2008, Deacon Dave Cahoon built the altar Pope Benedict XVI used for his papal Mass at Nationals Park in Washington, and this summer, the carpenter is building an altar Pope Francis will use at the Basilica of the National Shrine of the Immaculate Conception during his visit to the nation’s capital.

• The first full day of the Leadership Conference of Women Religious’ 2015 assembly featured talks on the organization’s doctrinal assessment by the Vatican, the changing realities of religious life, and the movement of the Holy Spirit. Global Sisters Report has the on-site coverage.