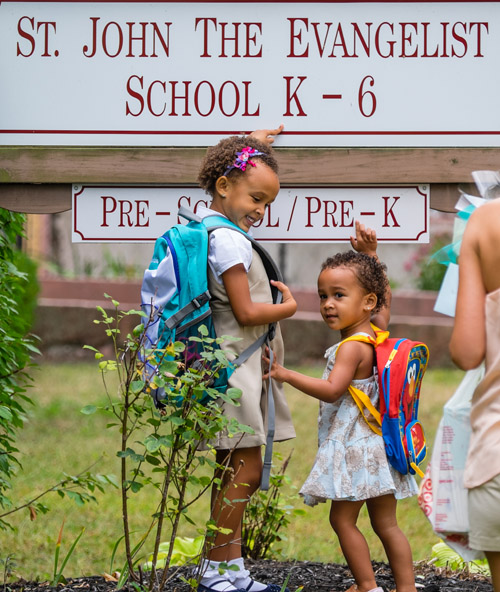 The September 10 print edition of the Sun hits mailboxes today. Here’s some of what you’ll find inside:

We’re giving away tickets to celebrate Mass with the Holy Father at Madison Square Garden! Click here to find out how you could win.

The new school year is in full swing. Check out some scenes from first days at the diocese’s Catholic schools.

Diocese of Syracuse sends back-to-school best wishes to students and staff
As students, faculty and staff head back to the classroom, many people throughout the diocese have sent prayers and best wishes for a faith-filled and fun school year.


What’s the latest on the pope’s trip to the U.S.?

Two parades in Philadelphia will give most onlookers a glimpse of pope
Two papal parades will allow virtually every onlooker a glimpse of the pope as he passes by along the Benjamin Franklin Parkway, site of the Festival of Families Sept. 26 and the papal Mass Sept. 27.


European bishops say migration issue requires a continentwide solution
The European Union must adopt a common asylum policy “without delay” because it is unacceptable for refugees to “drown and suffocate” at the fringes of the bloc, said the European bishops.


See you back here tomorrow for the day’s headlines. In the meantime, visit www.thecatholicsun.com for the latest local, national, and international Catholic news, and be sure to follow us on Facebook and Twitter.