Celebrating a saint’s feast and contributions 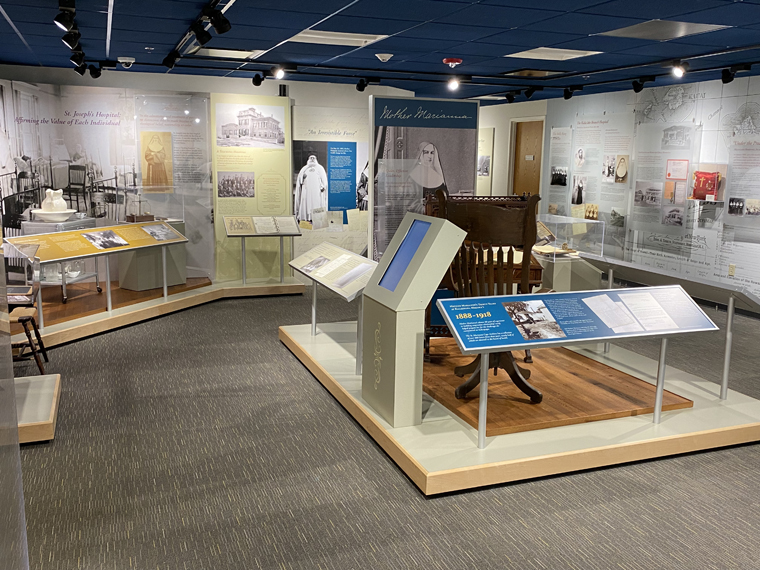 “Hope for the best, be prepared for the worse. Life is shocking, but you must never appear to be shocked. For no matter how bad it is it could be worse.” 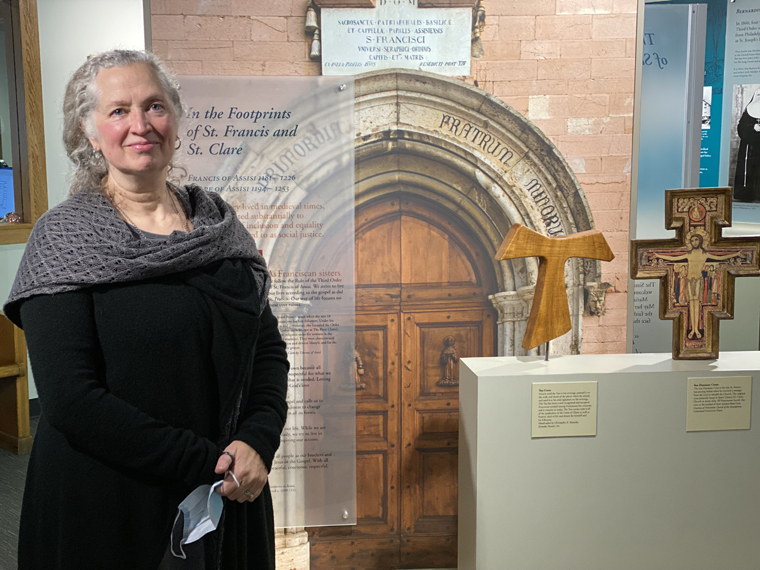 No doubt, many of us have had our fill of the COVID  pandemic: the loss of friends and loved ones, the suffering, the restrictions, the impacts on all things personal, social, economic and more. The somewhat dark optimism that “it could be worse” is very true in this case, though, and so true for many aspects of our healthcare history and culture, and we have St. Marianne Cope to thank for that.

This week we celebrate St. Marianne’s feast day, or days, in 2022. Her feast is her birthday, Jan. 23, which falls on a Sunday this year, so Bishop Douglas J. Lucia has allowed the optional memorial of her day to be observed on Wednesday, Jan. 19th. Somehow, even two days of celebration don’t seem to be enough to recognize all that St. Marianne contributed to the world we live in today.

Her story has been told many times around the world and around the block. She is a Syracuse hero, a legend. Her family emigrated from Germany to the United States in 1840 when she was just two years old, putting down roots in Utica. In Central New York, her work as an early administrator of a new hospital in Syracuse, St. Joseph’s, has been highly recognized, but she is probably best known for her work in Hawaii, on Molokai, providing care and treatment of the many people that populated the leper community there. Located on the remote Kalaupapa peninsula, she worked alongside another saint, Father Damien, a perhaps more historically well-known care provider to those who suffered from Hansen’s disease, what leprosy is called today.

St. Marianne’s remarkable story can be easily found in any number of sources, but a visit to the Saint Marianne Cope Shrine and Museum opens a window to her life and her contributions that may still be unknown to many. A timely example, one that may cause you to pause and consider: What would life in the COVID pandemic—and similar health crises that have plagued the world in the last 150 years—be like without her?

Kristin Barrett-Anderson is executive director of the museum, a building nestled into a space on North Townsend Street, sitting in the huge shadow cast by St. Joseph’s Health Center, a major part of Marianne’s legacy. After listening to Barrett-Anderson and touring the museum, you might be convinced that Sister Marianne’s shadow is cast upon St. Joe’s and the entire American healthcare system instead.

“She was administrator of the hospital for the first seven to eight years … but she actually created all of the rules that the hospital was run by for the next 100 years,” explains Barrett-Anderson. Speaking of the Sisters of St. Francis, Marianne’s order, she says that “they were in the community, they were out of the parishes, working with people.”

One quickly picks up on the spirit of the Sisters during the tour; this was not a group of cloistered, faceless unknowns, spending hours of silent prayer in a chapel. They were in the neighborhood. Helping the sick and the addicted by visiting them in their homes, the Sisters quickly realized that one central care operation would be much more efficient and appropriate. Looking for a space to open their hospital, they found a vacant lot atop the hill on Prospect Street, nestled between a saloon and a dance hall. They soon bought both of those and built a structure between them, forming one larger complex that became the original St. Joseph’s Hospital. 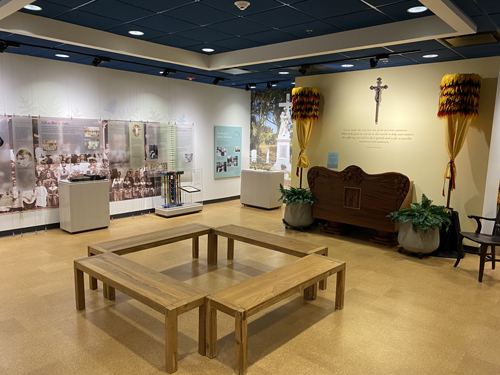 Some of the many museum exhibits dedicated to the story of St. Marianne Cope.

Detailed records and photos of those early days are hard to come by, but Barrett-Anderson and her team continue to seek to learn more about this motivated group of servants.

“It was almost like they were an invisible force moving around,” explains Barrett-Anderson. “It’s been so difficult to find but it is amazing how integrated into the community they were.”

The hospital was in its first several months of operation and it was apparent that a strong leader was needed to execute the mission dream the Sisters had. St. Marianne was working in Oswego and was asked to come to Syracuse to put the hospital’s house in order. She did just that and more.

“There were four things that happened at St. Joseph’s Hospital that were extremely key in Sister’s history and became innovations in health care,” according to Barrett Anderson.

“The hospital was created with one line in their mission charter … to serve everyone, no matter race, religion, economic means, nationality, illness.” Barrett-Anderson adds, “They put it right out there that they would care for anyone who needed to be served … people with addictions, alcoholism, unwed mothers, people who couldn’t afford to pay, of course.” They dived in and made good things happen. “It’s what the Sisters have done for years. They find the cause, they find the faith, they put it all forward and then they find a way to pay for it.”

The next contribution should ring loudly in the ears of us who have endured the COVID pandemic.

“She created rules within the hospital of cleanliness that had not been seen in the U.S. before.” Barrett-Anderson says that Marianne’s roots drove this part of her legacy. “The theory is, because of the German heritage and connection, there were a number of studies done in Europe, published in journals, trying to discover why people were dying of the same diseases.” She adds that “they were just throwing things at it … to see what would make a difference.” The Sisters found that chlorine and similar cleaners made a difference. Marianne took that information and put it to use here in Syracuse. The disciplines of routinely cleaning floors, hand washing and changing what a doctor was wearing in between room visits improved results.

Next, Sister Marianne sought more help and went to the source to find it.

“She went to Syracuse University medical school and asked if their students would like to have practical experience at the hospital. So, it was kind of the first intern residency program.”

Barrett-Anderson continues that “up to this time, they would just practice on each other. … Now they were going to be able to learn two things: how to develop some bedside manners, practicing their ability to communicate with patients, but also they were now going to be able to have more eyes there to watch her patients.”

The fourth plank in her initial platform speaks to the long-term vision and compassion St. Marianne had for those in her care. She wrote to the SU medical college about setting up times and schedules but also mandated that “If there was any patient who didn’t want a student in their rooms, that was the patient’s right. She established patients’ rights from the beginning.”

Barrett-Anderson points out that these rules and practices went with her, everywhere she went. “You could see it incorporated into the hospitals in Hawaii, in Kalaupapa, where all of these things made such a difference.”

While her innovations would ultimately become standard practices in most areas, it is important to recognize the societal and cultural impact St. Marianne had on the organizations she served. In a male-dominated world, this religious sister quickly established herself as a leader, gaining clout through her passion and becoming a role model for so many who have followed.

For example, arriving with six of her fellow Sisters in Honolulu to begin work among those suffering from Hansen’s, she found a deplorable situation, one she handled quickly and adeptly. There were dirt floors, a room where people near death were left to die without care and dignity. Two hundred people were jammed into a space meant to hold half that number.

“She basically came in and said, ‘Your letters and our contract to come here said that we would be in charge … and this is the way it’s going to be,’” explains Barrett-Anderson. “She ordered beds, clothing; the Sisters went to work cleaning and providing care. The people they pulled out of the ‘death room’ did not die.”

“She was an amazing leader.”

Barrett-Anderson comments that “the legacy of the Sisters is the legacy of Marianne. We are fortunate … to be able to share that legacy of the values of compassion, and unity, and respect and dignity for every person. And, of course, joy and celebration.”

Of course, also we won’t overlook the healthcare contributions that have come from these core values. Yes, it could be so much worse, save for the practical and spiritual contributions of the native Saint of Syracuse.