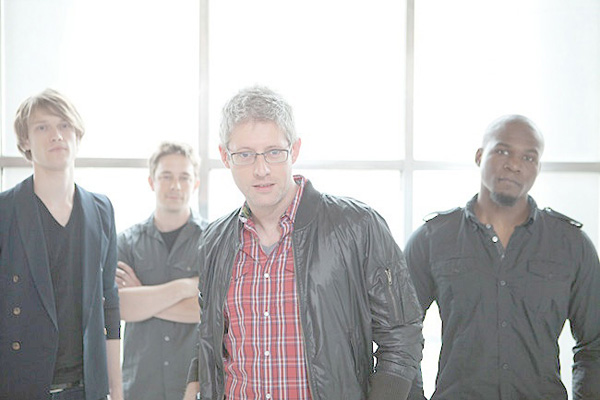 VESTAL — Teenagers in the Southern Region are involved in countless fundraisers, benefits and volunteer opportunities throughout the year.

But of course, there’s always time for a little rock and roll.

The Christian rock group the Matt Maher Band will be playing at the Seton Catholic Central campus at noon and 7 p.m. on Friday, March 5.

The band will then travel to Bishop Grimes High School in Syracuse to play at the Race for the Cross diocesan youth rally, which takes place from 9 a.m. to 6 p.m. on Saturday, March 6.

Maher recently transitioned from full-time ministry at his church in Mesa, Arizona to becoming a singer who has performed around the world.

“It’s kind of a gift to the kids to say, ‘Here, this is what’s out there,’” said Deacon Dale Crotsley of Our Lady of Sorrows in Vestal.

Crotsley said there is a group of students from many parishes in the Southern Region who come together for fun events and community service opportunities. “We’ve got a pack down here,” Crotsley said.

Crotsley said there are various fundraising events throughout the year, including a pancake breakfast, a Halloween pumpkin patch, and fall mums and spring flower sales.

For the past three years, the youth group has raised over $7,000 for the Community Hunger Outreach Warehouse, and holds a coat drive every year.

When the students learned that many people their own age drop out of school because they don’t have access to basic hygiene products, they began putting together shoeboxes filled with items like deodarant, socks, razors and soap and now give away between 50 and 100 of the boxes each year.

In the summer the students tend a garden filled with tomato, squash, cucumber and pepper plants and take the vegetables to the food pantry and to shut-ins.

Now the students are gearing up for a March Madness event with a live D.J. and an evening of basketball.

Crotsley said the youth group relies on a team of adults who are willing to give their time to help coordinate events.

About two years ago, Bob Walters, director for the Office of Youth and Young Adult Ministry for the diocese, came to Our Lady of Sorrows and led a six-week seminar on how to put together a youth ministry team. Now there are between six and eight adults actively involved in the team.

“We’ve got a pretty good team here and that’s why our youth ministry is working,” Crotsley said. “That’s why we’re doing so well from Kids’ Club up.”

Father John Putano, pastor of Our Lady of Sorrows and Regional Vicar, said a strong youth ministry program is important because of all that young people have to offer the church. “They contribute so much to the life and vitality of the parish,” he said.

Father Putano brought the Matt Maher band to the Southern Region as a way of showing the young people different ways of approaching and expressing faith. “We want to try to give our young people a good way of experiencing their faith,” he said.