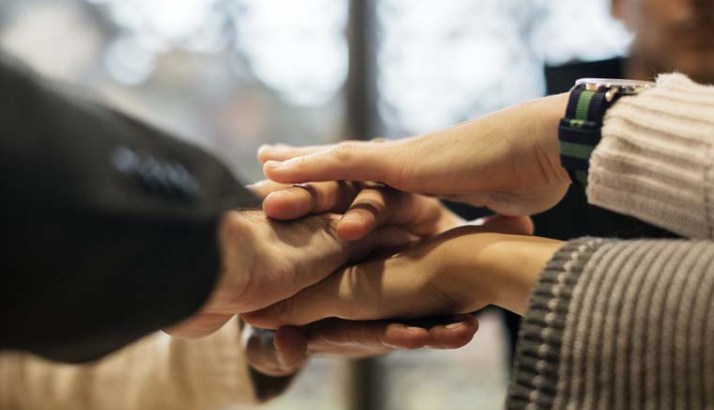 ROME (CNS) — Christians have the teachings and the responsibility to address growing fear of and discrimination against immigrants and refugees, said speakers opening a Vatican-sponsored conference.

“Welcoming migrants, especially those in danger, is a moral principle whose foundation and strength come from the Gospel and sacred Scripture, and it is part of being Christian, that is, of belonging to Christ,” said Cardinal Peter Turkson, prefect of the Dicastery for Promoting Integral Human Development.

The cardinal was one of three speakers giving opening remarks Sept. 18 at a conference in Rome on “Xenophobia, Racism and Populist Nationalism in the Context of Global Migration.” The gathering Sept. 18-20 was jointly hosted by the Vatican dicastery and the Geneva-based World Council of Churches in collaboration with the Pontifical Council for Promoting Christian Unity.

Cardinal Turkson said the conference was looking at how communities view, receive and integrate foreign migrants.

He asked whether — after 70 years of upholding the Universal Declaration of Human Rights — humanity “has learned how to build a world in which race, sex, color, language, religion, political opinion, national or social origin, wealth or poverty would not be sufficient grounds to justify indifference, marginalization, hatred, exclusion or the rejection of a human being.”

“It pains us to note that when it comes to international migration, too often mistrust and fear prevail over trust and openness toward the other,” yet at the same time, there are many examples of solidarity and compassion being demonstrated as well, he said.

Bishop Brian Farrell, secretary of the Pontifical Council for Promoting Christian Unity, said in his opening remarks that “the Christian message and the churches’ experience can contribute considerably to understanding more fully the challenges and opportunities arising from the current phenomenon of mass migrations.”

Christian communities, he said, have a “moral and prophetic mandate” to seek out “constructive and effective ways to oppose xenophobia, racism and populist nationalism.”

“All churches and their members have the responsibility and the mission to promote the objective understanding of human dignity, human rights, social cohesion and integration as an essential instrument for building an inclusive, just and peaceful society,” Bishop Farrell said.
He also praised the way Christians were working together on these issues through the World Council of Churches, adding that “ecumenical collaboration is the only feasible way.”

The Rev. Olav Fykse Tveit, general secretary of world council, said the conference aimed to show “that we together assume our responsibility and accountability to others as disciples of Christ.”

As members of different churches, he said, “let us stand for neighbor, love and justice, for strong relationships of mutual support, for unity in the diversity of humankind. Let us be ambassadors of the love of Christ working for healing and reconciliation in this world torn apart not only by fear, but selfish greed and hatred. Let us nurture hope for a common future without fear of the other.”

“The love of Christ includes the obligation to affirm the life and livelihoods of people and not to create the disasters of violence and war that force people to flee and to migrate,” he said. “The love of Christ requires us not to succumb to racism but to resist exclusion based on fear, the fear that fuels xenophobia and exclusive nationalism.

Migrants and refugees, he said, “encourage us take a pro-active stance toward the transformation of our societies so that they are safe places for diverse people, places where hope is nurtured and not fear.”

“We will not allow the divisive forces of xenophobia, racism, and nationalist populism to prevail,” he said, rather Christians “are ready to struggle for the consciousness of all people affected by them” and to “stand up for the rights of the other and to share in our common humanity in all its diversity.”