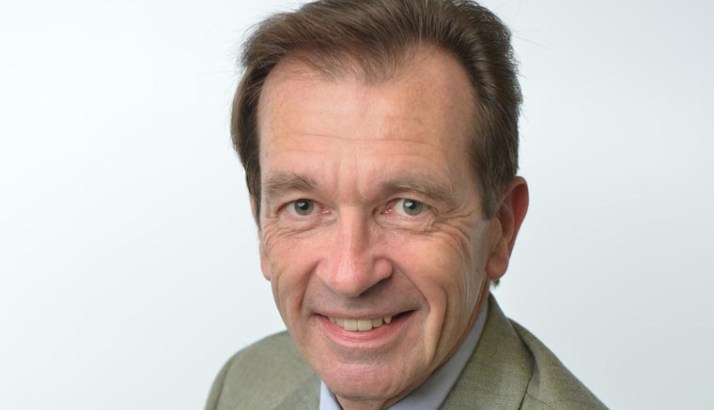 Misconceptions people may have about sexual abuse, sexual harassment and homosexuality as elements of the ongoing crisis in the church can hinder efforts to address it, according to Thomas Plante, a psychologist at Santa Clara University in California. He is pictured in an undated photo. -CNS photo | Eddie Arrossi, courtesy Thomas Plante

PHILADELPHIA (CNS) — Misconceptions people may have about sexual abuse, sexual harassment and homosexuality as elements of the ongoing crisis in the church can hinder efforts to address it, according to a leading psychologist and expert on the crisis.

The complex nature of each of the elements can make it “hard for the average Catholic in the pew” to grasp key differences among them, delaying the formulation of “good, smart solutions,” Santa Clara University psychologist Dr. Thomas Plante told CatholicPhilly.com, the news outlet of the Archdiocese of Philadelphia.

A prolific author who also serves on Stanford University’s faculty, Plante has spent more than 30 years researching and treating psychological issues among Catholic clergy and laypersons.

Although many blame the abuse scandals on homosexuality among the clergy, same-sex attraction does not make priests more likely to sexually abuse children, Plante said.

“It’s perfectly understandable that people could be confused by this, because we know that 80 percent or more of the clerical sexual abuse victims are boys,” Plante said. “So people conclude that if you get rid of homosexuals in the clergy, then you’ve got the problem solved. And it doesn’t work that way.”

Most of the clerical sexual abuse perpetrators have been “situational generalists,” a term used throughout extensive John Jay College of Criminal Justice summary reports, the most recent in 2011, to the U.S. Conference of Catholic Bishops.

Generalists do not have a specific sexual preference for youth, but instead “turn to children as a sort of substitute” due to psychological and emotional difficulties in bonding with peers, Plante observed.

Such individuals — who often exhibit issues with substance abuse and impulse control — “can’t develop successful, negotiated, intimate relationships with adults,” said Plante, who recently served as vice chair of the USCCB’s National Review Board for the Protection of Children and Youth.

Since generalist offenders seek readily available victims, boys have historically — though by no means exclusively — been a target for many clerical abusers.

“Priests for the most part had access to boys, and trust with boys, much more so than girls,” said Plante, noting that this proximity has led to the erroneous correlation between homosexuality and clerical abuse.

Only a small number of abusive priests — and of sexual abusers in the general population — can be formally classified as pedophiles, according to the clinical definition used by the American Psychiatric Association (APA) in its “Diagnostic and Statistical Manual of Mental Disorders (DSM),” the authoritative guide used by mental health professionals worldwide.

“The classic pedophile is attracted to young, prepubescent children,” said Plante. Prepubescence is typically defined as less than age 11.

Priestly celibacy can also be discounted as an underlying cause of the clerical scandals. In an article Plante wrote Aug. 23 for “Psychology Today,” he pointed out that “the vast majority of sex offenders are regular men, often married or partnered, with 80 percent or more victimizing their own family members.”

Overall, men are far more likely than women to become abusers, which helps to explain the comparatively lower rates of abuse perpetrated by female religious.

This striking gap between the genders — with “90 to 95 percent” of perpetrators being male — is generally due to basic differences in the psychological makeup of the sexes.

Plante also stressed that sexual harassment, perpetrated by a number of clerical superiors against seminarians, should be distinguished from child sexual abuse.

“Both involve power and sexual violation, but they are different,” he said. “Sexually harassing people at the workplace is not a sexual psychiatric disorder. It could be a personality disorder; it could be a variety of things, but it’s not a sexual disorder. Every industry, every organization has a problem with this issue, where people abuse power and sexually harass their subordinates.”

Historically, child sexual abuse has occurred in the church and in human society “since the dawn of time,” said Plante, noting that St. Basil decried the problem in the fourth century.

In the United States, incidents of clerical sexual abuse rose during the 1960s and 1970s, paralleling a society-wide increase in other problematic behaviors such as substance abuse and sexual experimentation. By the early 1980s, the number of cases began to level off, due in part to increased research, mandated reporting, awareness and intervention strategies.

Because the traumatic nature of child sexual abuse tends to hinder victims from disclosing their attacks until years later, recent legal investigations do not always reflect current levels of clerical abuse, which have declined significantly, Plante observed.

“I think the average person on the street thinks this is rampant today in 2018, when it’s not,” he said, adding that annual data collections, independent audits, safe environment training and zero-tolerance policies have proven effective.

Although ongoing vigilance is required, Plante is hopeful about the Catholic Church’s ongoing prospects for protecting youth from clerical sexual abuse.

“I think we are using best practices now,” he said. “Sadly, we can’t change what happened 30, 40, 50 years ago, and we treat those victims with great compassion and respect. But thankfully for everybody, today’s church is very different from yesterday’s church.”