Coming into the light: St. Ann’s parishioner reflects on journey of faith 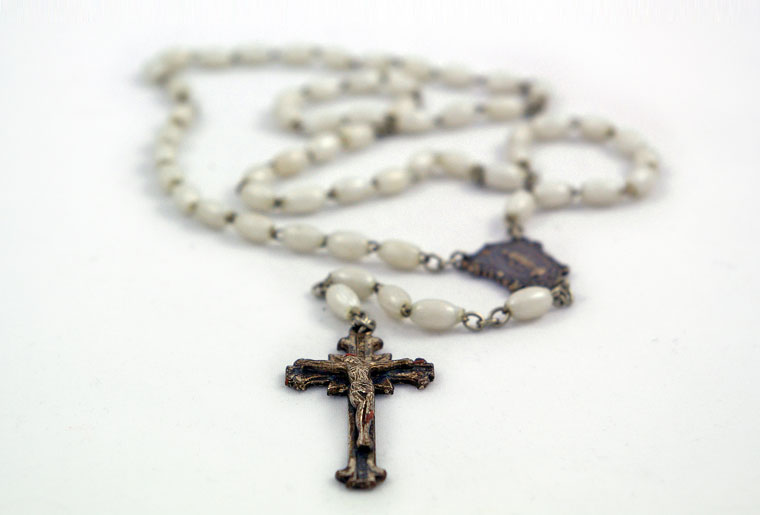 A decade on, Scott Kingsley can still remember the night he entered fully into the Catholic Church.

The Easter Vigil Mass, which begins in the dark, “kind of felt like my process — you reflected back to the beginning and then you sort of ‘came into the light,’” he said.

Kingsley was one of four in the 2007 RCIA class at St. Ann’s in Manlius. Raised a Methodist in a small faith community in the North Country, Kingsley was first exposed to the Catholic Church through his future wife, Doreen. The two met when they began working their first jobs after college at the same company.

Doreen’s family were parishioners at St. Rose of Lima in North Syracuse, “and have a very strong sense of faith… We were married there (yes, I made the cut) and it was a given when we had kids they would go to Catholic Church,” Kingsley wrote in an email to the Sun.

Over the next seven years, the couple welcomed three children — Tyler, now 25; Meghan, 22; and Mackenzie, 21 — and attended St. Mary’s and St. Elizabeth Ann Seton in Baldwinsville. In 1997, the Kingsleys moved to Ohio, where they lived for eight years and welcomed their fourth child — Maddy, now 18 — and where they belonged to St. Mary’s Church.

“I had talked about the RCIA process then, but it never seemed like the right time,” Kingsley wrote.

In 2005, the family returned to Central New York, settling in Manlius.

“When I met Father Kevin Hannon at St. Ann’s I told my wife ‘this is the right priest for me to pursue RCIA with,’” Kingsley wrote.

He and three others, a man and two women, made up the RCIA class that year. All peers, the four had children around the same ages and spouses deeply-rooted in the Catholic faith, Kingsley said.

Father Hannon led the class and “allowed the four of us to ask about subjects beyond the core materials, which was so enjoyable, but he had a wonderful way of getting us back to the fundamentals — and for him that was a loving God,” he wrote. Kingsley’s daughter Maddy was also preparing to receive her First Communion that year. Learning about the faith with other adults, perhaps unlike the experience of younger faith formation students, meant that questions got asked, he noted.

Kingsley and his classmates were confirmed 10 years ago this Easter. Kingsley’s father-in-law served as his sponsor.

The four all “became very involved in the St. Ann’s community, specifically St. Ann’s High School Youth Group,” Kinglsey wrote. “For me and my family, that has been the cornerstone of our community engagement ever since. My wife and I have been active adult chaperones for service events, dinners, youth ski trips and weeklong mission events for ten years. It has been a wonderful experience to meet and interact with 20-25 new freshman kids every year, and at times the group has been over 100 teens strong.” Kingsley, the CFO of Community Bank, N.A., also serves on St. Ann’s finance council and on the diocesan audit committee.

Kingsley said he is “grateful for those who helped me through the RCIA process, and also to those who have helped me grow since.” Losing Father Hannon, who died after a battle with cancer in 2010, was hard, Kingsley noted, but “we were blessed to get Father Cliff Auth, who is just a such a great priest, and has been a perfect fit for me and my family.”

Reflecting on the decade since he entered into full communion with the Church, Kinglsey wrote, “I think learning about the church and completing the sacraments as an adult was very special.  I initially said I was going to do it so I could better talk about our faith with my family, but it turned out to be a personal development opportunity for me that I had not fully appreciated. It was the the point that seemed to fully cement how I would engage in my community…. I’m not sure I’m a better person just because I’m Catholic, but I know I’m a better person when I’m engaged in the community, and my renewed faith has allowed that to flourish.”