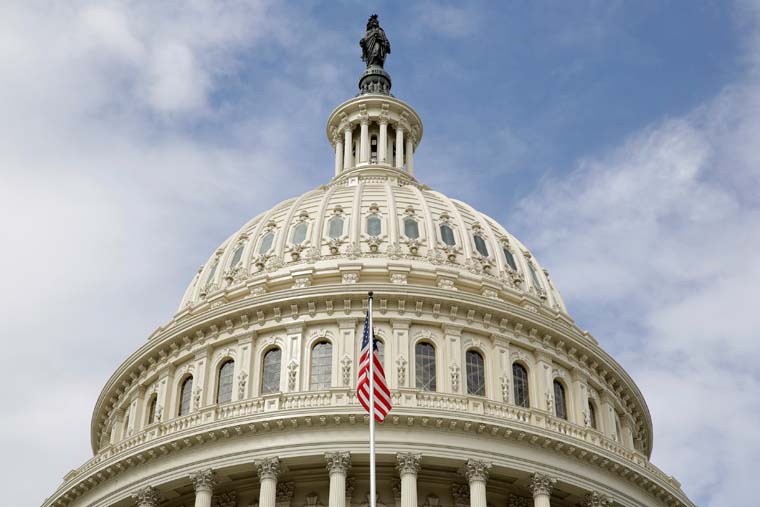 WASHINGTON (CNS) — The Senate Foreign Relations Committee Sept. 19 passed a bill to provide emergency relief and aid to Christians and other religious minorities who have suffered persecution at the hands of Islamic State militants in Iraq and Syria.

Called the Iraq and Syria Genocide Emergency Relief and Accountability Act, or H.R. 390, it also would provide “accountability for perpetrators” of genocide, crimes against humanity and war crimes in the region.

Sen. Bob Corker, R-Tennessee, committee chairman, has told supporters he planned to “hotline” the bill to the Senate floor for a vote. If it passes, it would return to the House for a vote on the amended version and then go to President Donald Trump’s desk for his signature.

The House unanimously approved the bipartisan bill in a voice vote June 6. It was co-authored by Rep. Chris Smith, R-New Jersey, and Rep. Anna Eshoo, D-California.

Following the House action, the chairman of the U.S. Catholic bishops’ Committee on International Justice and Peace urged swift passage by the Senate.

“This legislation appropriately focuses on atrocities being committed against Christians and other religious and ethnic minorities in the Middle East, especially in Iraq and Syria,” Bishop Oscar Cantu of Las Cruces, New Mexico, said in a June 9 letter to Corker and Sen. Ben Cardin, D-Maryland, ranking member of the Senate Foreign Relations Committee.

“As the situation in Syria and Iraq remains dire for minorities, I note that H.R. 390 calls for much-needed assistance for survivors of genocide and would allow faith-based organizations — such as Catholic Relief Services — that are already providing humanitarian assistance to these populations, to access U.S. government funding in their work,” the bishop said.

He pointed out that “over the years, the Catholic Church has consistently supported Christians and other religious and ethnic minorities facing persecution in the Middle East, many of whom are internally displaced or have fled as refugees.”

In a joint news conference June 7, Smith and Eshoo urged the Senate to keep momentum on the bill going to ensure the swift direction of funds to the Middle East.

The humanitarian aid would be directed to groups such as the Chaldean Catholic Archdiocese of Irbil, Iraq, which provides direct care for victims, and in turn such groups would get the assistance to those in need. The bill also has provisions to ensure the U.S. government’s money will be monitored.

“We are celebrating something today that we believe is something that is going to make a difference in the lives of tens of thousands of people who have been persecuted by ISIS,” Eshoo said. “Certainly the Christians, those of my own background, the Yezidis, and other minorities in the Middle East.”

Since 2013, Smith has actively worked through hearings and mission trips to spread awareness of the situation of the victims of IS in the Middle East. Part of the effort was to get the United States to admit that what was occurring was genocide.

“As I think many of you know, Congress has been trying for the better part of three years to finally get a designation of genocide being committed by ISIS against Christians, Yezidis and some other Muslim minorities in the area,” Smith said. “Ultimately, it did become a policy of the United States of America.”

Then-Secretary of State John Kerry issued the declaration of genocide about IS in March 2016.

Eshoo said at the June news conference that H.R. 390 was a necessary follow-up to the declaration to provide funds to groups assisting victims of IS atrocities.

“They too, like people in our country, want their lives to go on, especially for their children,” Eshoo said. “The State Department would not allow any U.S. dollars to flow to church organizations and this legislation allows for that.”