Coronavirus draws prayers to saints who cared for plague victims 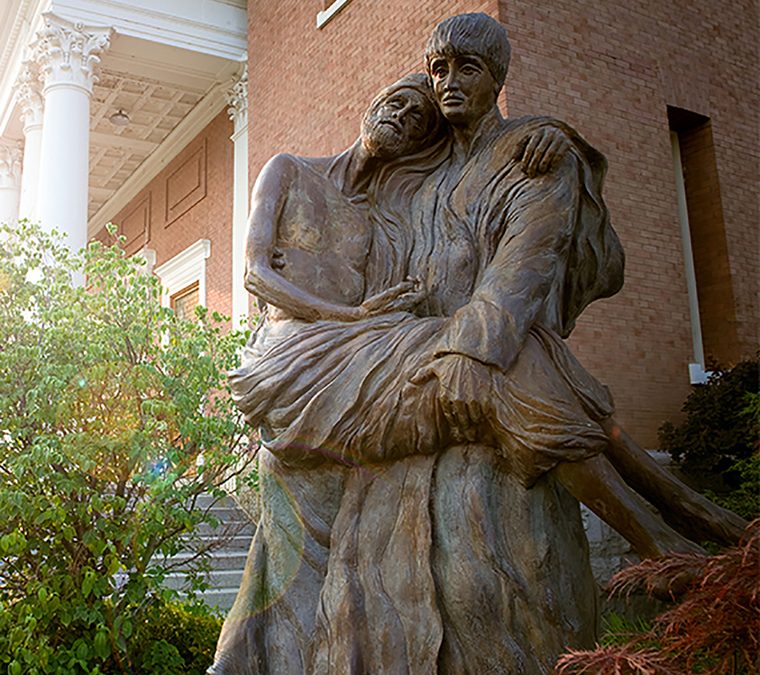 WASHINGTON (CNS) — Saints can get a bad rap because sometimes people assume they lived in deep piety removed from the burdens of everyday life.

But a quick look at the saints known for their ministry to the poor and outcast, the sick and dying, particularly during times of plagues, casts these men and women in a different light. The Catholic Church has numerous saints that fall under this category and a few particularly stand out now during this time of the COVID-19 global pandemic.

Topping most lists as a patron saint of plagues is St. Roch, who lived during the Black Death in the 14th century. He was said to have cured plague victims he visited in Italy with his prayers and by marking the sick with the sign of the cross.

Eventually, he too was sickened by the plague and is said to have withdrawn to a hut in the forest until he recovered. Legend has it a dog brought him food, which is why statues of St. Roch often include a dog at his side.

Although the saint might seem far-removed from modern life, his care for plague victims certainly resonates today. In the U.S., there are several parishes named after him. One, in Oxford, Massachusetts, includes a prayer to the saint on its website asking the saint for “healing during this current health crisis during Lent and throughout the pandemic” and urging him to “intercede for the whole world.”

A section on the history of St. Roch describes him as someone who lived among the plague-stricken, and because of this, “his thoughts went beyond the grave to that life after death, when there shall be no grief, nor sorrow, nor hunger, nor thirst, nor pain and when death shall be no more.”

It adds that St. Roch “saw in the plague-stricken an image of the Savior stricken for the sins of all.”

The parish website, like many others in this time of coronavirus restrictions, also includes links to online Masses, parish group reflections, online giving plans, a notice about drive-up confessions and its revised, online, Holy Week schedule.

Another saint known for his care for plague victims, during a later plague in Rome in 1591, was St. Aloysius Gonzaga, who cared for plague victims in a Roman hospital while he was studying to be a Jesuit priest. He not only visited the sick but carried them to the hospital, washed their wounds and fed them. He ended up contracting the disease and died from it at age 23.

The saint’s example lives on today in particular at Gonzaga University in Spokane, Washington. The Jesuit-run school has a statue on campus of St. Aloysius carrying a plague victim.

On its website, the university describes the saint as a “model for servant leadership. Without a lot of fanfare and expectation of recognition or fame, Aloysius quietly and humbly cared for the abandoned, vulnerable and dying. He was clearly devoted to and at the service of others. He willingly gave up all claims to wealth and power in order to follow a call that he was convinced came from God.”

Gonzaga University, closed now during the coronavirus like other colleges and universities, also gave this shoutout to its namesake, saying: “Finding God in a beautiful sunset or the warm smile of a loved one is fairly easy. To discover God in festering wounds and disease is much harder. St. Aloysius Gonzaga, despite his youth, has taught us to search out God in those who need our help and care. He has taught us to look beyond the external and into the heart and spirit of our fellow humans, where we will find God’s love is alive in everyone.”

Amid the coronavirus pandemic, St. Michael’s — a Jesuit parish in Buffalo, New York — has a statue of St. Aloysius near its altar, placed there by the associate pastor, Jesuit Father Fred Betti, as a devotional aid in this time of anxiety about the pandemic.

The priest said St. Aloysius has always been invoked in times of epidemics, pointing out that in 1991, on the 400th anniversary of his death, St. John Paul II named St. Aloysius the patron of AIDS patients and AIDS caregivers.

He told The Buffalo News daily newspaper March 20 that the statue had been at the back of the church, but he moved it to the front in mid-March because of the saint’s significance in this modern-day plague.

“He’s there temporarily for people to pray in this tough time,” the priest said, noting there are prayer cards near the statute with a prayer for the saint’s intercession that includes words the priest wrote saying: “May the Lord bring healing to the sick, wisdom to medical professionals, prudence to our civil leaders, charity toward all and hope to those who are discouraged.”

Although public Masses are suspended, the parish is open for private prayer, which respects social distances, each day.

“St. Michael’s being St. Michael’s, people come here from everywhere, including the homeless and the poor, so we are open from 7 a.m. to 5 p.m. during this time. And people are invited to come in and pray or spend time in reflection,” Father Betti told the newspaper.

Another saint at the top of lists for plague patrons is St. Rosalia, or Rosalie, who lived in the 12th century. The church knows little about her life, but she plays a big part in prayers for healing from the plague, especially in the Sicilian city of Palermo in 1625 and even now.

During a plague in the city, the saint is said to have appeared to a hunter who found her remains in a cave. Her relics were paraded through the city streets and three days later the plague was gone, which people credited with her intercession and named her the city’s patroness.

As the coronavirus spread through Italy, many in Palermo during the government-imposed lockdown again turned to the saint although with a more modern means: prayers on WhatsApp, a social media messaging platform.

St. Rosalie Parish in Hampton Bays, New York, describes its patron on the parish website. Like most every other parish websites, it details new life amid the coronavirus pandemic with details about taped Masses but also on COVID-19 testing sites, an update on scam alerts and news about food pantry and senior assistance needs and availability.

In a letter to parishioners, the pastor, Father Steve Maddaloni, spoke about the parish’s financial struggle at this time and how the pandemic came right when he had prepared to make an appeal for increased donations.

“That was my plan. Then COVID-19 came along disrupting our lives, the financial markets, and employment for many. I decided that the time was not right to make that appeal. Now, like many other parishes, we face the problem of greatly reduced collections while our costs are not reduced,” he wrote.

The priest urged people not to give to the parish if they have lost work or cannot afford it and said parishioners with needs should contact the parish social ministry office.

He also ended with a message of hope, akin to the hope tied into the parish patron.

“These times are tough, but they won’t last forever,” he said. “This too shall pass. I thank you all for the many ways your generosity of time, talent and treasure make this parish what it is. Let’s continue to pray for each other and be thankful to God.”