Coronavirus leads to Mass suspension in Seattle, dispensation in Kentucky 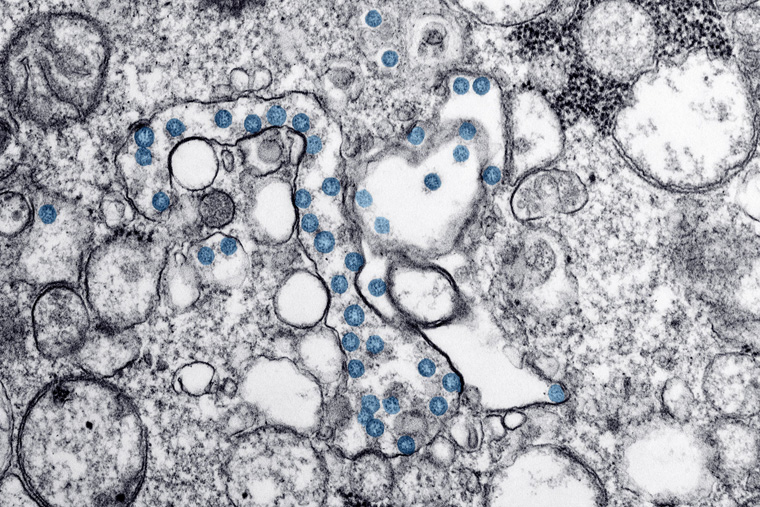 An isolate from the first U.S. case of COVID-19 is seen in a transmission electron microscopic image obtained March 10, 2020, from the Centers for Disease Control in Atlanta. (CNS photo | handout, CDC via Reuters)

WASHINGTON (CNS) — The Archdiocese of Seattle became the first in the country to announce March 11 the temporary suspension of all public Masses to help prevent the spread of coronavirus.

And as some other U.S. bishops have done, Bishop John E. Stowe of Lexington, Kentucky, said he will grant special dispensation from the Sunday Mass obligation for Catholics there for the weekend of March 14 and 15, even though Masses will continue.

The announcements came as the number of confirmed cases of COVID-19 in the U.S. surpassed 1,000 March 11 and the virus that causes it spread to 39 states in the country and the District of Columbia.

In Washington state, one of the hardest hit states, Seattle Archbishop Paul D. Etienne said in a video released March 11 that despite the community’s best effort to prevent the spread of the virus, “this epidemic is going to continue to spread,” and the decision to cancel Masses was made “out of an extreme measure of caution.”

“So, I am going to ask that all of our parishes in western Washington, in the Archdiocese of Seattle, effective today, suspend the celebration publicly of the Eucharist,” he said.

The Seattle Times daily newspaper reported March 12 that “new modeling suggests that if the spread of the novel coronavirus is not slowed, there could be 25,000 infections” in two counties in Washington state by April 7 that could lead to 400 deaths there.

The governor of Washington has limited gatherings of more than 250 people, which has affected the social and now the spiritual life of the state as community events, such as Masses, are canceled for a time. In Kentucky, the governor, trying to limit large gatherings, asked faith groups March 11 to consider canceling their services for a time.

“I know that some won’t agree with it,” said Kentucky Gov. Andy Beshear during a news conference.

Lexington’s Bishop Stowe, said in a news release, however, that after communication with public health officials, the decision to offer a dispensation was made, weighing the risk of large gatherings as a means of spreading the virus.

“This decision was not taken lightly, as the Sunday celebration of the Eucharist is at the heart of the life of the church,” he said. “And especially at moments of deep concern for the common good, people of faith turn more deeply to prayer and the support that communities of faith provide.”

The diocese planned to offer Sunday Mass via Facebook livestream from the Cathedral of Christ the King in Lexington, he said, adding that daily Masses, which are not as heavily attended as Sunday ones, would continue.