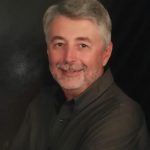 Deacon Nick Alvaro has been appointed temporary administrator of the linked parishes of St. Matthew in East Syracuse, St. Mary of the Assumption in Minoa, and St. Francis of Assisi in Bridgeport, effective August 1. The appointment was announced by the diocese July 2.

Deacon Alvaro served as administrator of the linked parishes of St. Joseph and St. Stephen the King in Oswego since 2016. Those parishes are among four that have united as Christ the Good Shepherd Parish as of July 1. Father John Canorro is the pastor of the new parish.