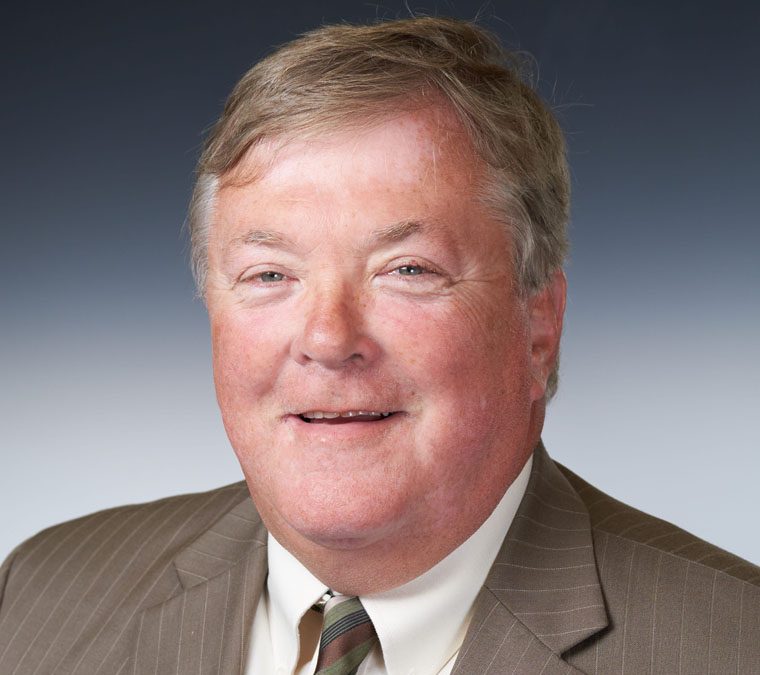 Departing Principal Leo Cosgrove’s words for Bishop Ludden Jr./Sr. High School’s 2021 graduating class may be viewed as reflecting his own tenure there too.

“You need to know that your presence here made Bishop Ludden a better place,” he said during the livestreamed outdoors ceremony June 12 at the Syracuse school. “You were a key part of the many personal, team, and school successes we all shared and experienced this past year.”

Cosgrove became Ludden’s principal in 2017; effective July 1 this year, Ludden’s new principal is Michael McAuliff, who has served since July 2018 as the principal at St. Margaret’s School in Mattydale.

In a letter to the members of the Ludden community, William W. Crist, the superintendent of schools for the Diocese of Syracuse, wrote:

“Under Leo’s leadership, the school has strengthened its programs, with the main achievement becoming a member school of the International Baccalaureate (IB) World School for the Diploma Programme (DP).”

In 2020, the Sun quoted Cosgrove saying: “The heart of Bishop Ludden and its sense of community will not change. The IB DP is a marquee academic program that puts [the school] on a whole different level. Colleges know what it means, and their admissions committees consider IB DP candidates separately from the average candidate. Bishop Ludden will continue to be a faith-based junior/senior high school, but enhanced now with what is undeniably a top-drawer academic program.”

At Ludden’s recent commencement, Cosgrove told the graduates: “Thank you for being strong role models to our underclassmen in terms of your leadership, your hard work, and spirit. On behalf of the faculty, staff, and administration, I would like to offer my sincere congratulations to each of you. You are a tribute to your parents, family, and school. We are all proud of you and your accomplishments, and we wish you the most success in life and the best life has to offer. To all of our parents, a special thank-you for your commitment to Catholic education.”

Cosgrove had served for six years as the principal at Corcoran High School; he also served Corcoran as vice principal, teacher, and football coach.

After retiring as the Corcoran principal, he worked part time as an athletic director: one year at Corcoran and two at the Institute of Technology at Syracuse Central (ITC). He retired, but then he was asked to interview for the Ludden job.