Leo Cosgrove re-establishes himself at Ludden 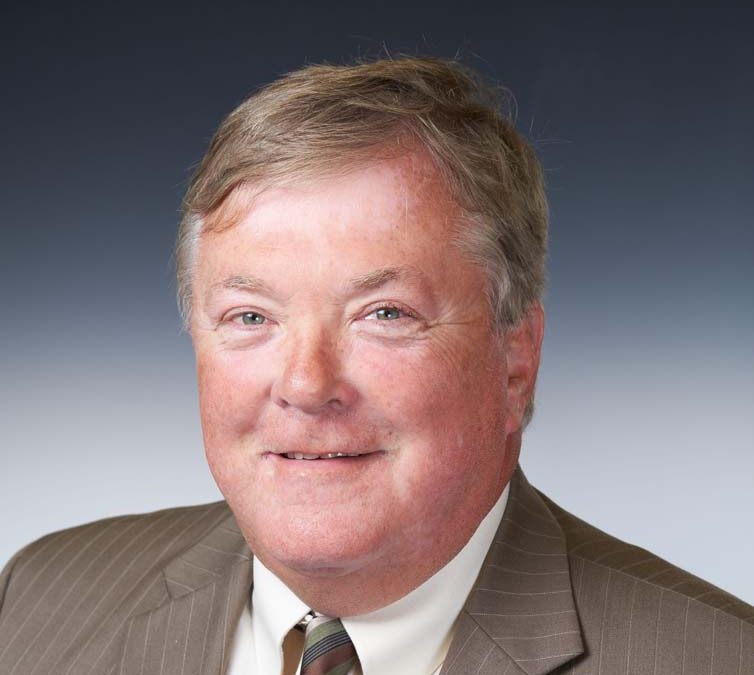 A coach there in the past, he takes over as principal

Leo Cosgrove got to retire for a “whole month,” but that’s OK: He’s very excited to re-enter the work world as the new principal at Bishop Ludden Junior/Senior High School.

One might view it as the Cosgrove dynasty returning to Ludden. Leo coached Gaelic Knights football for three years, and his brother John also coached football at Ludden.

“It’s got strong traditions,” Leo said. “It’s a great school. We’d like to increase the enrollment and to continue to improve academics from as high as they are to How high can we get them?”

Ludden has just over 280 students in grades seven through 12. Cosgrove served for six years as the principal at Corcoran High School, where the enrollment was about 1,400 students. He also served Corcoran as vice principal, teacher, and football coach.

After retiring as the Corcoran principal three years ago, he worked part time as athletic director: one year at Corcoran and two at the Institute of Technology at Syracuse Central (ITC).

He finally retired at the end of June, but then he was asked to interview for the Ludden job.

“I had a great time at Corcoran,” Cosgrove said, but now “I can implement what I think we need to do to move forward academically and with instruction.”

“He did great things at Corcoran,” said Carl Masterpole, chairman of Ludden’s Board of Trustees. He added: “He’s going to strengthen already-strong programs.” Masterpole said the board fully supports Cosgrove’s efforts and is helping him with resources.

At Ludden, just as at Corcoran, Cosgrove intends to be “very big on academics.”

He hopes to eventually include the International Baccalaureate (IB) program, which he was instrumental in implementing at Corcoran, in the Ludden curriculum.

The IB program started in the 1960s. Cosgrove said that when U.S. diplomats went overseas, they wanted to make sure their kids got the same education regardless of where they were in the world.

IB teachers have to be certified to guide juniors and seniors who take six college-level courses and then write a long historical essay. The students must take 50 hours in each of three areas: creativity, action, and service (CAS).

For example, the Corcoran quarterback got into the school plays, because that entails creativity. “So you got that kid to leave his comfort zone to do something different,” Cosgrove said.

In other cases, IB lacrosse players went down into the peewee leagues to coach, which involved creating lesson plans. “So you’re going to stretch yourselves,” Cosgrove said.

IB students at Corcoran actually went to college as sophomores, he said, based on how they did on assessments at the end of the year. And those college-level credits are recognized internationally, Masterpole said.

Cosgrove is also a big fan of the book “Driven by Data: a Practical Guide to Improve Instruction,” by Paul Bambrick-Santoyo.

The idea is to raise test scores. The new principal wants to increase the number of Ludden students who get 85 or above on every Regents exam that they take. Administrators and teachers will work with students “to really analyze where the kids are at different points of the year, so that we’re not just guessing when we get to the Regents.”

When Corcoran instituted the data-driven program, Cosgrove said, teachers knew within about three points how a student would score on a Regents test.

Asked how he will balance the various aspects of being a principal again, Cosgrove said there are times when he has to be a motivator. “How do you motivate people,” he said, “how do you get ’em back on track? . … How do you coach somebody up?”

He sees the students and their parents as clients. “We’re here for them,” he said, “they’re not here for us.”

It’s a close-knit group at small schools. Cosgrove graduated from Bishop Grimes in 1977 and still has friends from those days when Father George F. Sheehan was the Grimes principal. A member of St. Joseph’s Parish in Camillus, Cosgrove also cherishes memories of his late uncle, Father Vincent J. Kilpatrick, at St. Michael’s.

As he champions academics at Ludden, Cosgrove will also ask: “Have we built character, have we built morality and everything the Catholic faith asks for; have we done that job as well?”

Aiding that cause will be Father Daniel C. Muscalino, a longtime teacher at Ludden, whom Cosgrove has known since 1990. “He’s been a big help with getting acclimated to the building and to everything that’s going on,” Cosgrove said.

Also, John Cosgrove has stopped by a couple of times to visit Leo as he settles in at Ludden.

John teaches social studies at ITC, and he coaches indoor and outdoor track. He just retired from coaching football.

On the wall in Leo’s office is a laminated newspaper story about a football game featuring opposing coaches John and Leo Cosgrove. John won that game, but Leo won the next two football matchups between the brothers. Leo is also proud that when he coached football for Corcoran, 11 players went on to play in college  Division I, two went into the NFL, and one went into the Canadian Football League. Corcoran’s Jo-Lonn Dunbar went on to win a Super Bowl with the New Orleans Saints.

Coach Leo always knew that the community graded him, not the football players, every Friday night: If they won, he got an “A.” And if he lost….

So as a principal, he tells his teachers: “Think of the community grading each exam, what they would say.”