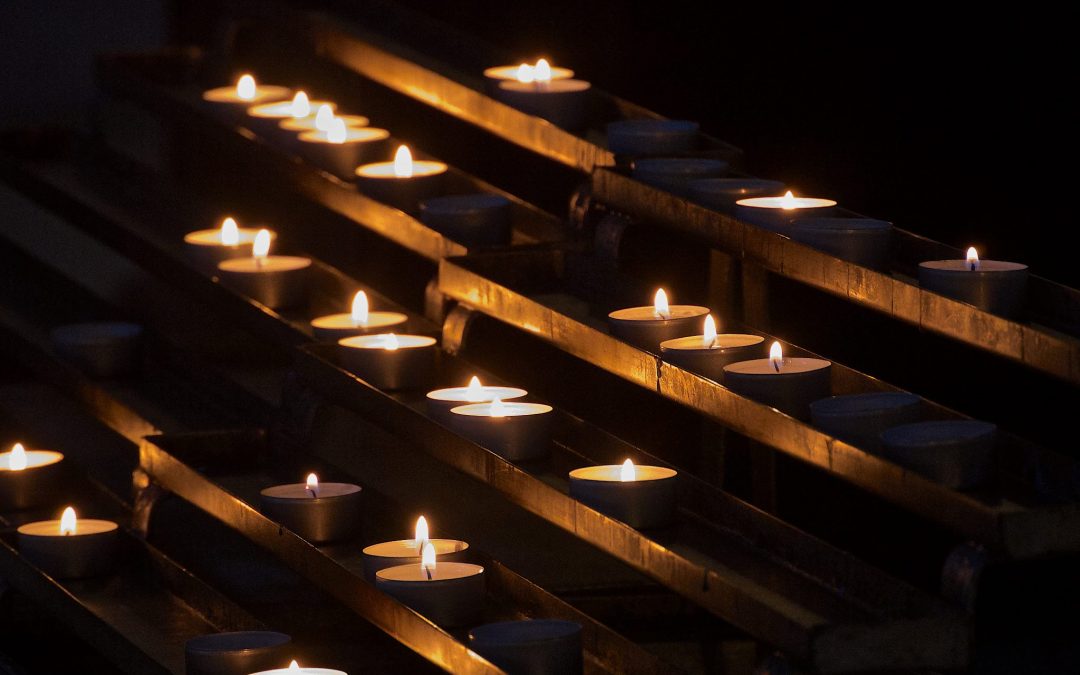 By Katherine Long, Editor
On February 14, a former student entered Marjory Stoneman Douglas High School in Parkland, Florida, and shot and killed 17 students and staff members. On the one-month anniversary of that tragedy, students around the country walked out of their schools in protest of the nation’s gun laws for 17 minutes — one minute for each life taken. The national movement, at 10 a.m. in all time zones in the U.S., was organized primarily by youths working with EMPOWER, the youth branch of the Women’s March, which organized marches for women’s rights in Washington and many other cities after President Donald Trump took office, Catholic News Service reported.
Catholic schools students in the diocese marked the somber anniversary as well, remembering and praying for those who were killed.
“Students at all of our high schools participated in moments of silence, prayer services, and school-wide Masses, recognizing that life is precious gift, God is a healer for loved ones left to question the senselessness of these actions, and that prayer offers healing for those mourning this and all such egregious acts on human life,” Superintendent William Crist said.
The students, faculty and staff at Seton Catholic Central in Binghamton gathered in the gym for a prayer service, Dr. Elizabeth Carter, president of the Catholic Schools of Broome County, shared with the Sun. “Father [John] Donovan led us in prayer, asking God to protect our children and helping us to understand everyone’s right to life, even the guilty. He also explained the five types of justice which are communicative, distributive justice, social justice, virtue, and the final one, which was advocacy. He encouraged us to reach out to political representatives from local to federal to express our concerns with school safety and violence prevention. As the names of the deceased were called, students representing each lost life were selected to light and carry a candle for each of the victims. It was a beautiful commemoration and we used our faith to bring us closer together as a school community.”
The student body of Bishop Ludden Jr./Sr. High School in Syracuse gathered in the gymnasium and observed 17 minutes of silence for the students in the Parkland shooting, school staffer Sara Rounds told the Sun. “With the help of Sister Beth Ann, our students also lit 17 candles for each of the students that lost their life in the shooting. After the 17 minutes of silence, a prayer was said and students were dismissed back to class. Our counseling office was available before and after our moment of silence for any students needing to talk.”
In Utica, the Notre Dame Jr./Sr. High School community held a prayer service at nearby Our Lady of the Rosary Church with Father Tom Servatius. Senior students held pictures with the names of the Parkland victims. Following prayers, a moment of silence was observed, and senior students offered comments focusing on school safety.
Bishop Grimes Jr./Sr. High School in East Syracuse was not in session March 14 because of a scheduled professional development day for faculty. On March 13, “students participated in a student-led ‘sit-in’ in the school cafeteria,” Assistant Principal Patrick Kinne told the Sun. “At 10:30, students who chose to participate gathered together for a student-run prayer service together. The student leaders reminded those gathered of why they were there. They then read each victim’s name from Parkland and then the assembly of approximately 150 students said an Our Father for each victim. Following the conclusion of the recitation and prayer for each victim, the remaining minutes of the 17-minute long “sit-in” (one for each of the victims) were spent with students sitting in silence in prayer.”
“We were very proud of the way our students carried themselves and remembered their faith and the power of prayer as they sought to find and use their voice,” Kinne said.