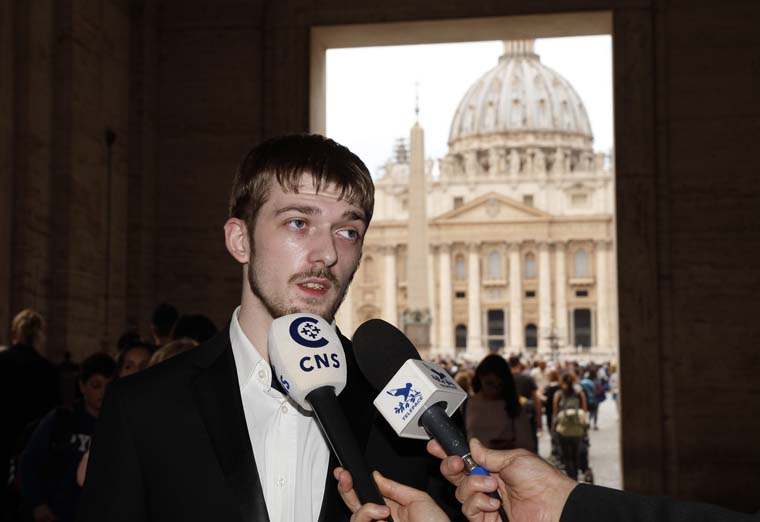 LIVERPOOL, England (CNS) — A group of doctors has criticized the refusal of some of their colleagues and a court to allow Alfie Evans to travel to Italy for treatment as “medical tyranny.”

Dr. Anthony Cole, the Catholic chairman of the Medical Ethics Alliance, has written an open letter saying that the treatment of Alfie and his parents, Tom Evans and Kate James, brought the medical profession in the U.K. into disrepute. 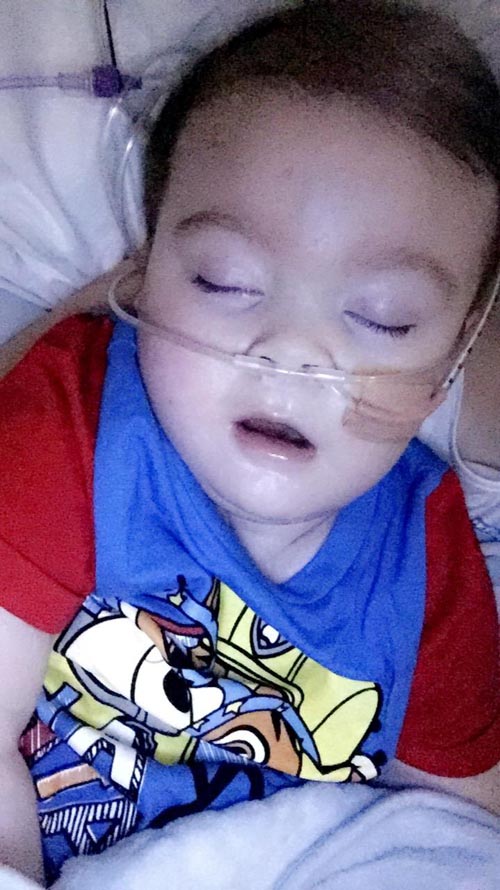 Alfie Evans, a seriously ill British toddler, is pictured in this photo posted by his mother, Kate Evans, to the Facebook group, Alfies Army Official, April 24. Tom Evans, father of Alfie, said the boy’s ventilator was removed April 23 but that he is breathing on his own with the support of oxygen. The child has been granted Italian citizenship in an effort to bring him to the Vatican’s Bambino Gesu hospital for treatment. (CNS photo | Kate Evans, Alfies Army Office Facebook group)

“The parents are being tortured as they watch the hospital take actions expected to lead to his death,” said the April 24 letter, which was co-signed by nearly 60 others, including a number of prominent Catholic doctors.

“Despite a viable alternative being available (namely transfer by air ambulance for further assessment to a specialist hospital in Rome), the hospital and doctors responsible for his care insist that he remains under their care and on a pathway toward death,” the letter said.

“While he now has some oxygen and some fluid, this has taken huge effort to obtain for him,” it said.

The letter continued: “Actions such as these have now brought the Alder Hey (Children’s) Hospital to worldwide attention and, by extension, bring our whole profession into disrepute.”

“Medical tyranny must stop,” it said. “Poor Alfie must not be killed in this way,” they said, demanding his safe passage to Rome.

The Italian government granted citizenship to Alfie, and Vatican-owned Bambino Gesu hospital in Rome has offered to care for the child. Doctors in the U.K. have not been able to make a definitive diagnosis of the 23-month-old child’s degenerative neurological condition, but they have said keeping him on life-support would be “futile.”

Three specialists from Bambino Gesu had flown to Liverpool and examined Alfie.

According to the president of Bambino Gesu, “a positive outcome would be difficult, but the baby’s suffering can be alleviated.”

The doctors’ letter also called on the General Medical Council to investigate the actions of the staff at Alder Hey Children’s Hospital in Liverpool.

The intervention of the Medical Ethics Alliance, an umbrella group of medical associations committed to upholding the principles of Hippocratic medicine, came the same day a High Court judge refused to allow the 23-month-old Alfie to go to Italy for treatment. The Court of Appeal was due to reconsider the family’s request for Alfie to go Rome April 25.

Speaking to ITV News April 24, Evans noted that the High Court judge suggested Alfie might be sent home to die.

But Evans said he had been told the hospital believed such a transfer would take up to six days to complete.

“In reality we could be in Italy right now,” he said, adding that a German air ambulance was already in Liverpool waiting to evacuate Alfie.

“These people are eager to get him out of the country,” said Evans, a Catholic. “I am not giving up because Alfie is breathing away, he is not suffering and he is not struggling.”

He said that although his son was being given oxygen and fluids — after six hours of requests by the family — he had received no nutrition.

“They are just starving him at the moment,” Evans said. “The doctors should let us go and stop making up excuses. They just don’t want him to come out of here. They want him to deteriorate in the next few hours so they can say ‘we told you.'”

Alfie was removed from a ventilator April 23 for the first time since he was admitted to Alder Hey in December 2016 with an undiagnosed degenerative neurological condition. Since coming off the ventilator, he has breathed unaided, which Evans said was a “shock” both to him and the boy’s mother.

Evans flew to Rome April 18 and begged Pope Francis to help get his son “asylum” in Italy.

That same day, a statement issued by the Bishops’ Conference of England and Wales put its weight behind the hospital and the decisions of the courts.

“The professionalism and care for severely ill children shown at Alder Hey Hospital is to be recognized and affirmed,” it said. “We know that recently reported public criticism of their work is unfounded.”

“We note the offer of the Bambino Gesu hospital in Rome to care for Alfie Evans. It is for that hospital to present to the British Courts … the medical reasons for an exception to be made in this tragic case.”