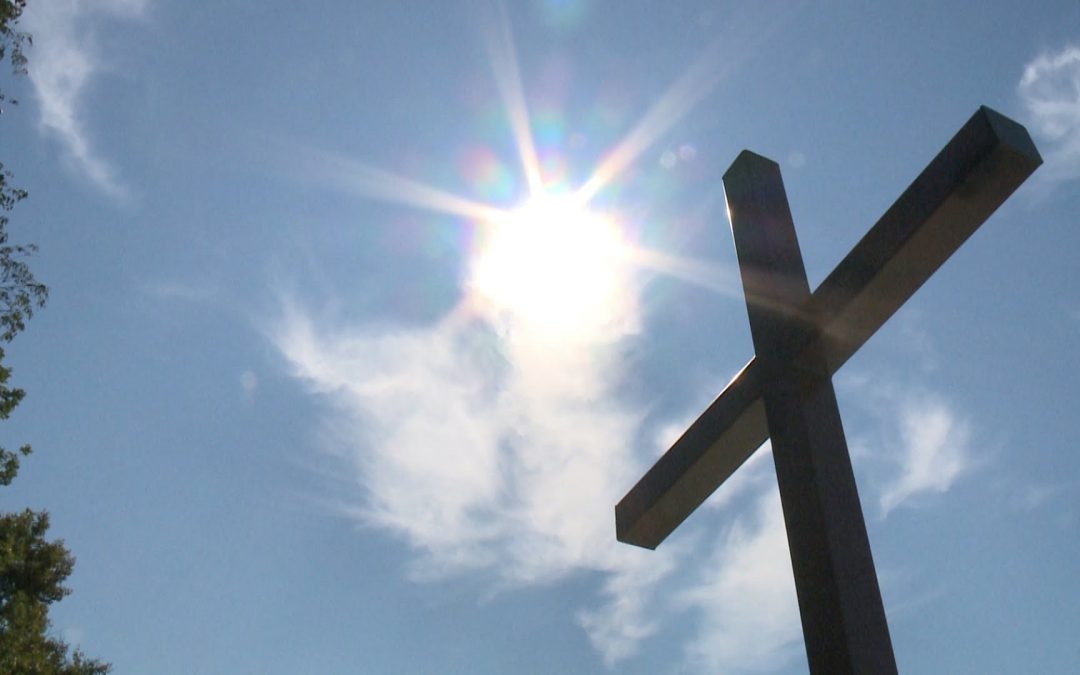 The Diocesan Pastoral Council met at Bishop Grimes Jr./Sr. High School in East Syracuse March 11, discussing a vocation discernment ministry, new priest personnel policies, parish sustainability, fundraising for the restoration of the Cathedral, and more. This week’s issue will focus on the presentations on vocation discernment and new priest personnel policies; you’ll be able to read about the other presentations in next week’s issue or right now at thecatholicsun.com.

Father Jason Hage, parochial vicar at Holy Family Church in Syracuse, spoke about his work with the Fisherman’s Club, a vocation discernment ministry for college-age men initiated by Bishop Robert J. Cunningham. Each pastor was asked to invite a young man, aged 18 to 25, whom he considered to be a good candidate for the priesthood to attend the Club, Father Hage explained. The sessions, held on the campus of Le Moyne College in Syracuse, include prayer, a talk on a topic related to discernment, time for reflection, fellowship, and discussion, he said.

Father Hage said he worked with six young men consistently in the Club’s first year last year; one has since entered a monastery and one, James Buttner of Holy Family in Syracuse, has entered formation for diocesan priesthood. Last year, two men traveled from Hamilton for the meetings, and this year two come from Utica, Father Hage noted. [Editor’s note: Father Hage says a third man is now coming from Utica.] Asked why they make the hour-long trips, “They said they feel like the fraternal bonds that are created among this group of men who desire to be generous with their lives is something that is beautiful,” Father Hage said.

Father Hage spoke about the culture of the young men who are discerning a call to the priesthood today. First, they don’t relate to terminology like “liberal” and “conservative,” he said. “Why? Because there is a desire for them to be generous to the Lord, to bring people to the Lord, and the terms liberal and conservative can sometimes distract us and even divide us,” he said.

“He just knows the Catholic faith and he knows orthodoxy and he knows that that faith has brought him great joy in his life and he wants other people to experience that joy as well,” he continued.

Today’s candidates are drawn to the idea of fatherhood, Father Hage noted. “I think this new model of priesthood has begun to emerge in recent times, priest as father. It means that he both offers sacrifice on behalf of the community and he also stands as one who serves, deeply committed to the life of his people, and he lives in their midst and walks in their midst,” he said.

Father Hage urged those present to be merciful to those discerning. He noted that they’re entering a “post-scandal culture.” “After the [clergy sexual abuse] scandal broke in 2002, the way in which young men think about entering the priesthood has totally shifted,” he said. There is also “a new level of felt unworthiness among our young men,” he said.

“We have to be merciful to them and then we have to support them,” Father Hage said.

The first step in doing so in our parishes is a basic invitation to discipleship, he continued. Father Hage noted that most of the men he studied with had a conversion experience before choosing to enter the seminary, and that the average age of the 85 men in his seminary community was 33. Discerners can come from all walks of life, he said. Also, the vocation to the priesthood doesn’t need to be sugar-coated, he noted. “Young people want a challenge; we love challenges. Give us the cross, let us follow the Lord,” Father Hage said.

Prayer for vocations is wonderful but not enough, he said. “We have to begin to create a culture of vocations and that culture has to begin in the home,” he said, adding that a “serious attitude of gratitude for priestly ministry” can be developed in parish communities as well.

In closing, Father Hage said, “Let us pray this morning that as we collectively renew our efforts to promote vocations that the Lord will inspire many young men within our diocese to respond to his call — because he’s calling. We just have to help our young men to listen.”

First, he explained how pastors are appointed. The process begins with the parish being advertised as open. The announcement includes, in most cases, a parish profile which provides information concerning the life of the parish, the sacramental ministry, and an overview of the finances, Msgr. Kopp explained. The prospective applicants are encouraged to visit the parish and meet with the pastor, he said, and then write a letter to the bishop formally applying for the parish and indicating why he’s interested, how it could be beneficial to his spiritual and ministerial growth, and how his skill set matches the needs of the parish. When the applications are in, the Priest Personnel Committee convenes and the relative strengths of the applicants are discussed. The committee settles on a recommendation to the bishop; the bishop may or may not agree with that recommendation, Msgr. Kopp said, but in the overwhelming majority of cases, he does. The bishop then appoints the individual as pastor.

Back in the “good old days,” there might be five, six, or seven applicants, Msgr. Kopp said; that’s not the case today, as there are fewer priests and many are happy where they are. “It’s likely that, unenviable as it is, the bishop himself will have to reach out to various priests and ask them to assume responsibility for a given parish,” Msgr. Kopp said.

The College of Consultors and the Presbyteral Council asked the Priest Personnel Committee “to come up with a resolution that would assist the bishop in this process of trying to fill important positions with the individual priests that he feels are most appropriate for those appointments,” Msgr. Kopp said.

The first recommendation concerns appointment terms. Pastors are assigned to parishes for six-year terms, which can be renewed for a second six-year term. Over the years, it became assumed that an individual pastor was going to be reappointed for another six years, Msgr. Kopp explained. “The Priest Personnel Committee felt strongly that we can’t continue that. We have to make it clear to our pastors that they are appointed for one six-year term and after that, other determinations will be made,” he said. “After the bishop consulted again with the College of Consultors and the Presbyteral Council, it was determined that that process would become policy.”

Implementation will be gradual, Msgr. Kopp explained, and will give the bishop the flexibility to ask a pastor to remain in his assignment as an administrator.

The second recommendation concerns retirements of priests 80 and older. The Code of Canon Law requires that a pastor submit his resignation at age 75, Msgr. Kopp explained, and whether the bishop accepts that resignation is up to the bishop.

“It seems reasonable for the bishop to accept the resignation once a pastor has reached the age of 80, if he has not done so beforehand. That was the recommendation of the Priest Personnel Committee and the Presbyteral Council,” Msgr. Kopp said.

This policy also will be phased in and “the bishop will need to dialogue with the priests who are over age 80 concerning their retirement and come to a solution that’s based on respecting the priest and his current situation but also the needs of the parish at this time and the overall needs of the diocese,” he said.

There were 14 priests over 80 when the policy was implemented; since then, one pastor has indicated he will retire June 30 and another has retired, Msgr. Kopp noted. There are roughly 111 priests available and about 127 parishes to staff, and in December, 44 of those priests will be over 70 years of age, he said.

For a variety of reasons, the population of the diocese is smaller, Msgr. Kopp noted in closing, and “it’s not just about the shrinking number of priests. It’s also the population of the diocese is much smaller and the sacramental needs that create the need for a resident pastor [have] changed. Since we’ve now buried 4,000 people a year for more than 40 years, it’s easy to conclude the makeup of our parishes are significantly different than in 1970. All of this calls for us to recognize the need for adjustment and change in terms of employing the personnel and resources currently available to us.”