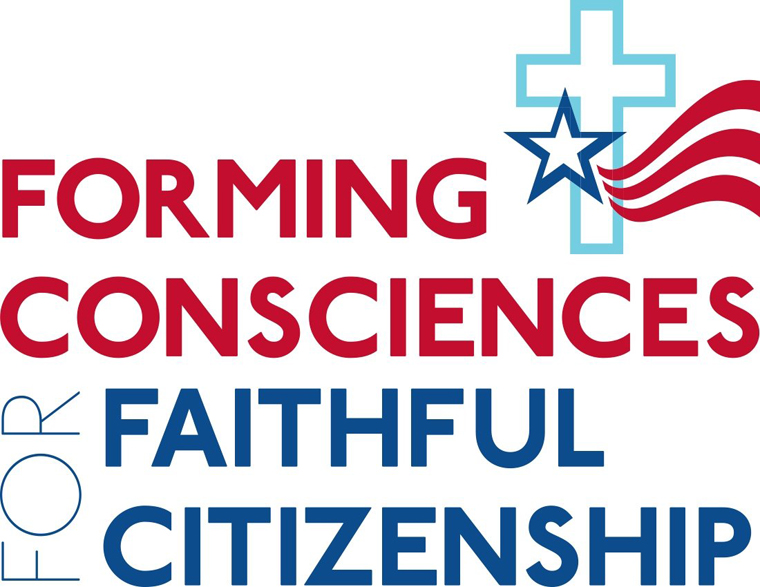 “The document is meant to give Catholic voters an opportunity to reflect upon how their faith intersects with their political and civic responsibilities,” said the archbishop, who chairs the bishops’ Committee on Domestic Justice and Human Development.

Titled “Forming Consciences for Faithful Citizenship: A Call to Political Responsibility From the Catholic Bishops of the United States,” the document has been offered as a guide to Catholic voters every presidential election year since 1976.

It has been updated and revised at four-year intervals to reflect changes in the issues confronting the country since it first appeared.

One thing “Faithful Citizenship” is not is a mandate on which candidate for public office to vote for, Archbishop Coakley said.

Voting, he added, is a responsibility to be taken seriously and that requires prudential judgment in determining who can best serve the common good.

“This document is intended to be that, an official guide for the formation of consciences that Catholics can utilize as they weigh these questions,” the archbishop said.

Furthermore, he continued, “the Gospel cannot be parsed in political or partisan terms. The Gospel calls us to live by standards and our Catholic faith calls us to embrace standards that are not divisible into left or right, Republican or Democratic terminology.”

The document went through no major revisions for this year’s election, but it is being supplemented by an introductory letter, which underwent a long debate before its adoption by the full body of bishops during their fall general assembly in November.

This time around, the document also is accompanied by a series of five videos that highlight vital public policy issues.

The document has three parts.

The first part outlines the responsibility of Catholics to incorporate Catholic teaching as they consider their vote as well as their support for myriad public policy issues that confront society.

The text explores a series of questions related to why the church teaches about public policy issues; who in the Church should participate in political life; how the Church helps Catholics to speak about political and social questions; and what the Church says about social teaching in the public square.

The bishops said they wanted to “call attention to issues with significant moral dimensions that should be carefully considered in each campaign and as policy decisions are made in the years to come.”

The introductory letter reminds Catholics that “we bring the richness of our faith to the public square” and that “faith and reason inform our efforts to affirm both the dignity of the human person and the common good of all.”

The letter also says, “The threat of abortion remains our preeminent priority because it directly attacks life itself, because it takes place within the sanctuary of the family, and because of the number of lives destroyed. At the same time, we cannot dismiss or ignore other serious threats to human life and dignity, such as racism, the environmental crisis, poverty, and the death penalty.”

It concludes by reminding Catholics to “bring their faith and our consistent moral framework to contribute to important work in our communities, nation, and world on an ongoing basis, not just during election season.”

The text of “Faithful Citizenship” can be downloaded as a free PDF from USCCB.org, or it can be purchased by going to Store.USCCB.org. The full document also is available in Spanish.

In addition to English, the videos were produced in Spanish, Tagalog, and Vietnamese.

The productions explore various aspects of Catholic social teaching while reflecting on the teaching of Pope Francis.

The videos are posted on the U.S. Conference of Catholic Bishops’ website at faithfulcitizenship.org and the USCCB’s YouTube channel at

bit.ly/31DHDGN. They are part of the bishops’ effort to broaden their outreach through the document.

“People respond to different media,” Archbishop Coakley said. “This is a very technically savvy audience today, especially younger voters. The videos use powerful images and brief statements that illustrate some of the teaching embodied in the formal document.”

Four English-language videos of about two minutes in length examine participation in public life, protecting human life and dignity, promoting the common good and loving others. The fifth video is a six-minute compilation of the highlights of the four shorter pieces.

Each video was produced with young people in mind, said Jill Rauh, director of education and outreach in the USCCB’s Department of Justice, Peace & Human Development.

Along with the images and voices of young people, each piece features one bishop narrating an aspect of Catholic social teaching. Each production closes with a different prayer specifically written for the series.

Scenes showing people feeding the hungry; protecting God’s creation; comforting the elderly; caring for children, migrant people, and families; and engaging in civil discussions are prominent in the productions.

“The videos are meant to reflect the teaching of the bishops in ‘Forming Consciences for Faithful Citizenship,’” Rauh said. “The videos are really trying to make that teaching more accessible.”

Other wide-ranging resources are being made available to parishes, schools, prayer groups, and other interested parties through the faithful-citizenship web page.

As summer ends and Election Day, Nov. 3, nears, dioceses and parishes have been gearing up their use of “Faithful Citizenship” resources, according to social-ministry directors across the country.

Archbishop Coakley said the bishops expect the guidance offered in the “Faithful Citizenship” materials will gain wider attention this year.

“My hope and prayer is that Catholics who really want their faith to influence their decision-making when it comes to going to the polls will give the reflections in this document consideration rather than just going to their favorite news source,” he said. “That’s going to be a very different kind of guidance than what they receive from their favorite cable news anchor or pundit.

“This is our chance to bring a different light to bear to a very important fundamental civic responsibility.”