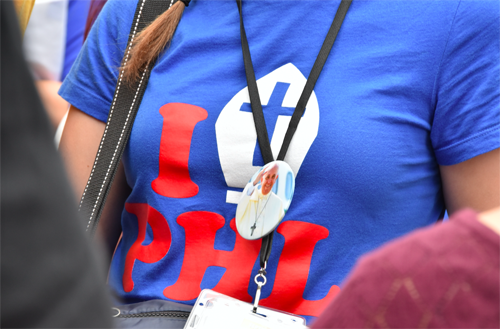 Pope Francis is now in the air, flying home to Italy after a stunning, sweeping tour of Cuba and America. He’s leaving behind a place and a people changed by his visit. In my casual conversations and scrolls through Facebook, everyone — everyone — is talking about something related to Francis and the Church. If that’s not the Francis Effect, I don’t know what is.

I woke up this morning to find that the Holy Father had met with survivors of sex abuse, an unannounced but not necessarily unexpected meeting. “I am deeply sorry. God cries,” Pope Francis told the group. You can read his statement here.

After a meeting with bishops, Pope Francis visited Curran-Fromhold Correctional Facility. He sat in a chair specially made in part by inmate Dino Robinson, who was the first person I saw on the live feed of the meeting. The chair was beautiful, but it was nothing compared to the Holy Father’s interactions with the men and women in the room. Hugs, and a message of love and hope. Read it here. 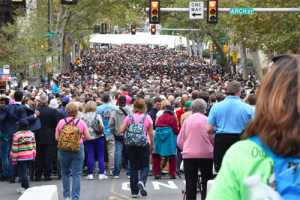 This afternoon, roughly one jabillion (technical term) people converged on the Benjamin Franklin Parkway for Mass celebrated by the pontiff. Alas, yours truly gave up and bailed out of the security line when it became clear we wouldn’t make it past the magnetometers in time for Mass. But in the time we shuffled down 20th Street, my neighbors and I got to know each other. They came from near and far, and they looked out for each other, passing around snacks and water, offering up stories of their time in the city for the pope’s visit and laughing over the sardined nature of our time together. We even did the wave. (And we did get to see Pope Francis celebrate Mass, on TVs in a local public house by the train station. “We’ll turn the Mass on as soon as the Eagles game is over,” they said. Priorities! Understandable. And there’s something to be said for watching a bar full of football fans turn their attention to the holy sacrifice of the Mass on live television.) You can read all about the Mass here. 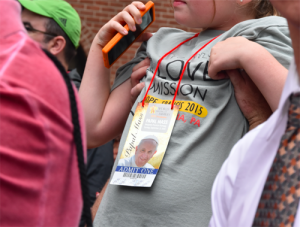 (Aside: The security personnel we encountered, from military to police to volunteers, were uniformly wonderful and kind. Thank you for everything.)

I watched Pope Francis climb up the stairs to his plane this evening, offering a final blessing and a wave, and I was impressed for the zillionth (again, technical term) time by his stamina and seemingly bottomless happiness, and struck by how thankful I was that he had taken the time to come visit us. And I thought of something that Father James Martin, SJ, had tweeted earlier in the day:

Pope Francis has become the pastor of the United States.