Father Gerlock remembered as a man of peace 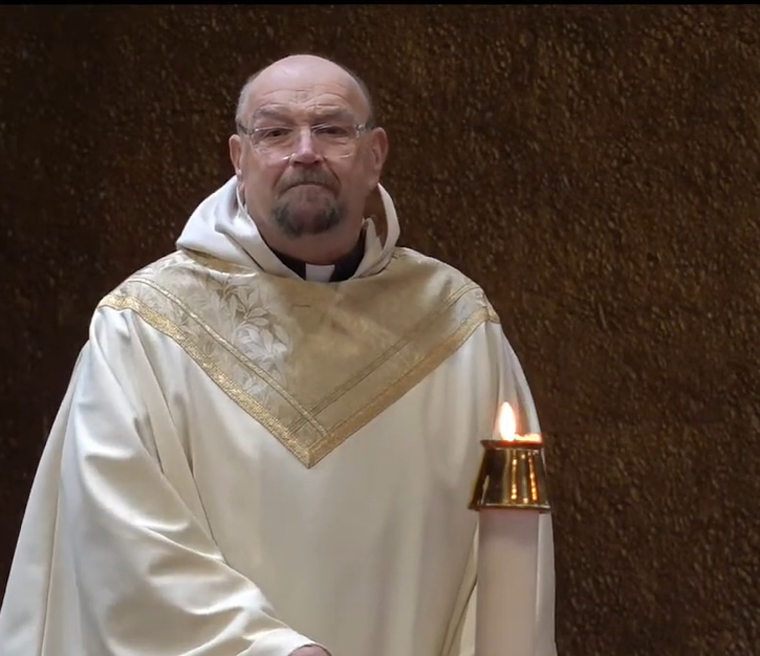 Father Corey Vankuren offered the homily at the Mass, recognizing Father Stan, or as “some in the Polish League like to call him, ‘Stachu,’” as “the most peaceful person I have known.” Father Vankuren began his homily with a Sign of Peace greeting to those in attendance, saying of his personal experience of Father Gerlock that “I recognized the peace that he possessed and that emanated from him so that you could possess it as well.”

Fr. Vankuren acknowledged Fr. Gerlock’s 20 years of jail ministry among his services to God’s people observing that “one of [his] hallmarks … was imaging Christ’s simplicity. Stan was a very simple man. He didn’t need a lot to satisfy him. He sought more to satisfy God through his ministry.”

Father Gerlock was ordained April 2, 1960, at the Cathedral of Immaculate Conception in Syracuse, and celebrated his first Mass at St. Patrick’s Church in Binghamton. He served in Utica and a number of Southern Tier parishes during his priestly ministry and made many friends along the way.

“He will be a great companion to a lot of us for a long time, ” Fr. Vankuren assured all of those in attendance. Father Gerlock was laid to rest in Calvary Cemetery, Johnson City, Broome County.