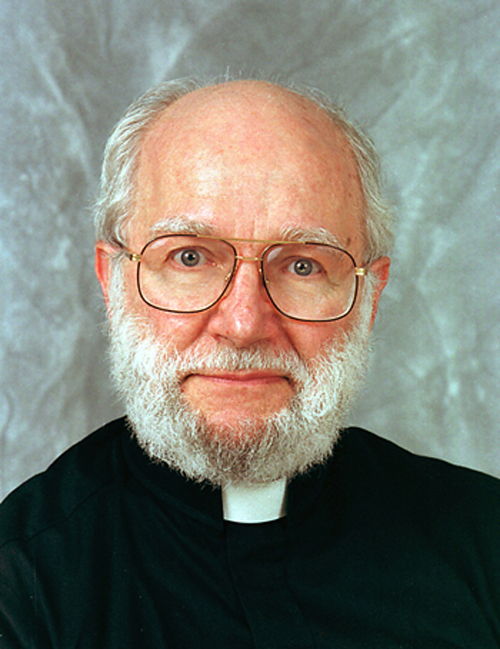 During an interview with the Sun for his 60th jubilee in 2020, he recalled that during his service as chaplain of the Broome County Jail, prisoners had to walk by the chapel as they were discharged.

“So this kid … knocked on the window of the chapel. So I came out and he said, ‘I’m leaving.’ He said, ‘I want you to know that Mass was the highlight of my week.’

Other chaplaincies for Father Gerlock included Notre Dame High School in Utica, Camp Brace in Masonville and the Newman Club at Utica College.

He recalled taking a test about retirement—about eight sheets with all kinds of questions. He said the expert came up to him and said, “‘You know, you did quite well.’ He says, ‘Only thing I’m concerned about, is what you’re gonna do when you retire.’

He retired in July 2004, and he walked the corridor 10 times a day at McDevitt Residence in Binghamton. “As a result of that I lost about 30 pounds,” he said.

He retained the attitude he had on his ordination day. Bishop Walter A. Foery “asked if I’d be obedient to the Lord and to him and to everybody around. And I said, ‘Joyfully!’”