Father O’Neill recalled as magnificent priest with respect for all 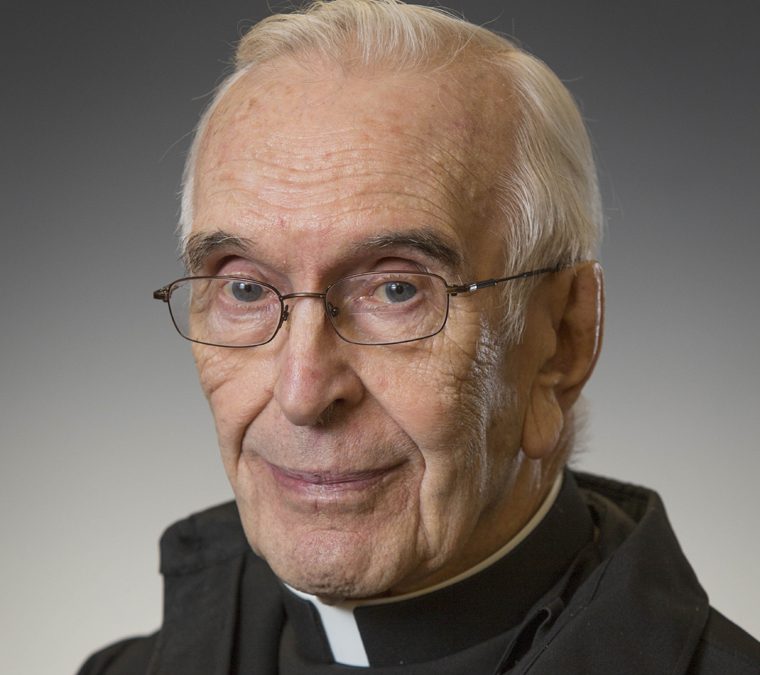 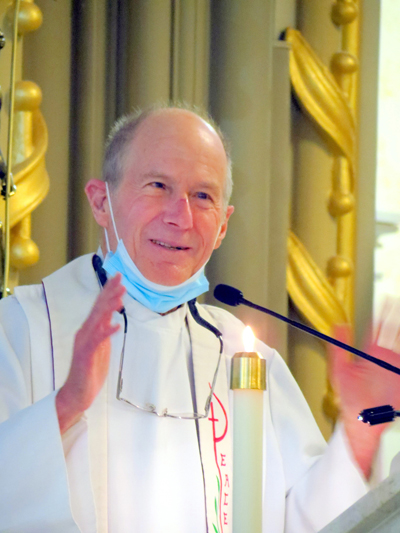 Father Richard V. O’Neill, who died Oct. 19 at the age of 93, bettered the lives and warmed the hearts of people as “a priest’s priest,” said people who knew him. And some said he brought to mind Christ himself.

People commented Oct. 29 at the Vigil for a Deceased Priest and Oct. 30 at the Mass of Christian burial at Historic Old St. John’s Church in Utica.

Testimony abounded about his personal charity; devotion to the Blessed Virgin, to the Legion of Mary and to St. Martin de Porres; his work to uplift the lives of inmates in area prisons and mental-health facilities; and his involved but quiet and unpretentious pastoral style.

At Friday’s visiting hours, local members of the Legion of Mary read their special prayers and led the recitation of the rosary.

The Legion of Mary, founded in 1921 in Dublin, Ireland, by Frank Duff, strives to glorify God through the holiness of its members. Legion members visit families and the ill, both in homes and hospitals. The organization, which saw early growth in the British Isles, is now established worldwide and celebrated its 100 year anniversary Sept. 7. Its eager advocate, promoter and local spiritual advisor, Father O’Neill, lived to see the centennial.

Father O’Neill was put in charge of development of the Legion of Mary locally, establishing five “praesidiums” (local groups) including St. Francis de Sales, St. Mary’s and St. Joseph–St. Patrick where Jason Fazio, who provided information on the Legion and other aspects of Father O’Neill’s priesthood, joined the Legion of Mary shortly after his wife, Bonnie.

Both the Vigil homilist, Deacon Gil Nadeau, and Jason Fazio commented that Father O’Neill’s homilies, while brief, included personalized commentary to help parishioners grasp the message. Fazio said Father O’Neill would present an uplifting image of others, including prisoners, while tending toward self-deprecation when using his own life as an example.

Deacon Nadeau thanked Dr. Roger and Mary Breslow for the doctor’s 12 years of medical care for Father O’Neill and for housing him in his later years. Deacon Nadeau was joined in the sanctuary by Father Robert Kelly of St. Paul’s in Rome.

Utica firefighter Mike Elefante recalled Father O’Neill, then assigned to St. Francis de Sales, coming to the fire station on Oneida Square to “chew the fat” with the firefighters.

Celebrating Father O Neill’s Irishness, both the Vigil and the funeral Mass featured Irish music. Vigil proceedings began with “Galway Bay,” sung by Andrew Suita. The prelude for the funeral was a flute solo of  “When Irish Eyes are Smiling,” played by Julie Miller. Other musicians were John Lara, trumpet and vocals, and Rebecca Macaulay Mahaffey, vocals; and what Irish funeral would be complete without “Danny Boy,” played Saturday as the postlude.

The late priest’s grandfather immigrated from Ireland and thought hot dogs were the ultimate expression of Americanism especially on the Fourth of July. When asked how he was celebrating Independence Day, Father O’Neill would proudly say, “Having a hot dog!”

In Oneida County, the Ancient Order of Hibernians sought out Father O’Neill as homilist for their St. Patrick’s Mass in 2015 at St Joseph–St Patrick’s Church in Utica.

Niece Karen O’Neill-Covell’s eulogy revolved around family gatherings and her uncle’s reputation as a dog trainer. Dogs would be perfectly trained when they arrived at her uncle’s house—“that didn’t last long.”

Bishop Lucia said a letter from Bishop James M. Moynihan to Father O’Neill summed up his ministry: “You are a magnificent priest, Dick, an achievement which I anticipated even as your seminary classmate. I am in admiration of your compassionate, peace-filled demeanor, and your respect for each person is so very Christlike. I count it a privilege to be affiliated with you in the ministry. I rejoice that while your responsibilities will become more complex you will continue to be involved in the lives of those in the prison system.”

Salo, a single father with an infant girl, drew Father O’Neill’s attention in 2004 as he rolled the child to church in a stroller. Salo said, “Father thought that it was unusual seeing a single guy with a baby, and every time we came to church, he’d put a couple of bottles of formula into the stroller. He’d give me $20 to help out whenever I came. He was a good dude, and I just had to come to see him off.”